VOPUS Gnosis > Articles > How can we discover our psychological trait? 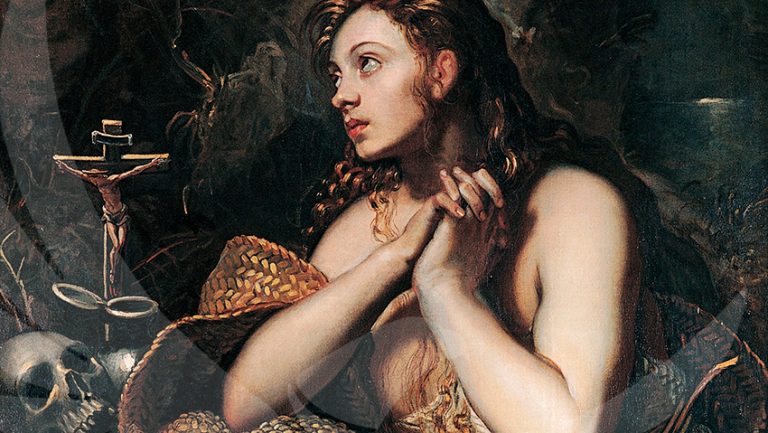 I approach you through this means in order to talk to you on this occasion about:

HOW CAN WE DISCOVER OUR PSYCHOLOGICAL TRAIT?

In his books of psychological type, the V.M. Samael urges us to discover our particular psychological trait ─for each person has their own─ with the purpose of diminishing the strength of our malevolent ANIMAL EGO that we carry in our psyche. However, it is unquestionable that, due to the multiplicity of our “I” ─constituted by ten thousand psychic aggregates─, such a task in not easy at all when we want to detect that trait.

Through Gnosis we know that the psychological trait that personifies our psychology is that aggregate which has the most TRAPPED CONSCIOUSNESS and, therefore, we could say that it is one of the heads of legions that form our disordered psychic multiplicity.

All of this, experienced reader, is intimately linked to the blindness that we have had for centuries and due to which we have always been, lamentably, mechanical entities or robots at the service of what we in Gnosis call the Beast whose fatal number is 666.

The study that we must carry out upon ourselves is directly connected with the SENSE OF SELF-OBSERVATION, because there will never be PSYCHOLOGICAL SELF-DISCOVERY if we have not first SELF-OBSERVED in depth. Self-observation has levels and levels and, in order for this faculty to develop, we need to help ourselves with the so-called PERMANENT STATE OF ALERTNESS and, likewise, with practices that induce us to serenity, to meditation, to introspection, etc., etc., etc.

Even though it may seem incredible, even though we read these things in the books of the Avatar, lamentably, our true interest in KNOWING OURSELVES is poor and not backed up by the LONGINGS TO BE, all of which is an ingredient that turns out to be, in this field, something FUNDAMENTAL.

During my years of boyhood or adolescence, already being in Gnosis, many times I firmly believed that MY PARTICULAR PSYCHOLOGICAL TRAIT was that which we call LUST. Why did I reach such a conclusion? Well, simply, due to the lustful states that attacked me, above all during the night, in the so-called inner worlds. Hence, for years I was praying to God Mother to help me exterminate those sensation that tried to lead me to fornication. I spent many years of my life making fasts and diverse practices with Stella Maris, with the blessed Angel Anael, with the V.M. Anubis, etc., etc., etc.

However, yours truly did not realize that this aggregate did not bother me in the psychical world, because it existed in my depths, at the same time, something that repudiated the loss of the sexual energies and I did not like, in any way, the sexual violence with the Eternal Feminine. Hence, on the one hand I felt attacked by the lustful “I’s” during my stay in the astral world, but once I was in the physical world that was not a situation that was running over me twenty-four hours a day.

This being the case, by intensifying more and more the SELF-OBSERVATION and pleading to the divine hierarchies to help me in this task, I started to combine fasts with prayers placing a lot of emphasis in the STATE OF ALERT NOVELTY. Unquestionably, just as the Spanish proverb says: “God helps those who help themselves!”, my prayers were heard and then things clicked! What happened then, appreciated reader??? It so happened that, while I maintained myself in that STATE OF ALERT NOVELTY, one day I asked myself the following question: “What do you repeat mechanically every day, physically and internally?”, and it was then when I discovered that the majority of my actions, thoughts and feelings carried a load of sometimes very dissimulated and other times very clearly manifested VIOLENCE. Then I discovered that, normally, I spoke in an angry way, I liked to bang the tables, I thought in a vertiginously fast way emitting thoughts that were not at all nice about others, whether or not they were the relatives of yours truly, and a long series of things that started to worry me in such a way that they even filled myself with astonishment, fright and uncertainty… I had discovered that my psychological trait was anger and not lust!!!!

However, then something very peculiar happened. When that monster started to see himself discovered thanks to the permanent self-observation, it began to want to agitate itself in my depths with an incredible force, to the extreme of making my muscles tremble, at the same time as it produced in me a kind of momentary mental consternation or bewilderment. Then I noticed that this sinister energy was feeling threatened and, in order to assist myself in that situation, I doubled up my prayers to the Divine Mother as well as my fasts with the purpose of creating a shield for myself that would help me in those days. All of this happened when yours truly had not yet contracted any marriage.

The height of this scenario came when one day, arguing very strongly with one of my brothers, who was older than yours truly, the argument, which was verbal, ended up in a fight and during which I felt that my body was inflating, horribly, by a very powerful energy that almost made me strangle my own brother!!!!! I had managed to take my brother by his neck and, using all my strength, I almost strangled him, which is why he fell down passing out at my feet…

When I saw my brother shaking as if by the lack of oxygen, as if he was in his death rattle, I desperately called for my mother and my other brothers so that they would help me!!! Powerless before that scenario, I also started to shake, but in this case, esteemed reader, it was because of the terror I had of MYSELF… That day I said to myself: “Oscar, you are nothing but a murderer!!! And Gnosis is useless to you, because look what you are capable of!!!” This, I repeated thousands of times in my mind and since then I started to feel a disgust to exist… I saw myself as an authentic piece of filth that walked, talked, etc., etc., but I was only that: A PIECE OF FILTH!!!

From then on, I started to make INTROSPECTIONS to review my life and what I found inside of myself were abominable memories of many moments in which I had verbally assaulted my fellow beings, and reaching on other occasions THREATENED others with violence.

When I already had the opportunity to practice the Arcanum A.Z.F., I addressed all my prayers to the Divine Eternal Feminine begging her to to extirpate, as much as possible, that monstrosity from my psychological structure.

With time, my Real Being showed me how yours truly had created such an abomination. Then, the blessed ─namely: the BEING─ showed me, in the inner worlds, pieces of various existences from ancient Rome, during which ANGER had made me into a killing machine. To top it all off, when I was already in contact with the V.M. Samael in the Mexican Federal District, one day the Avatar let me know that practically during all my existences I had been a military man, and sometimes a military man and a lawyer. It is obvious that all of that, instead of pacifying that bestiality that I carried in my depths, it had contributed to increasing the strength of such a DEMON.

Once I knew what my psychological trait was, I firmly took on the task of TAKING ADVANTAGE OF THE GYMNASIUMS that the Father was bringing me in my various stays as a diffuser of our studies and with the passing of the years, and after many horrible crisis, the adorable Mother Kundalini, definitively, eradicated that demoniac entity that had been my scourge for many centuries and the cause of many of my moral karmas. Everything is paid for, dear reader!…..

Today, when I look back and remember the scenes of those states that possessed me and made me into something absolutely barbaric, I am amazed that all that had happened and I am profoundly ashamed of my attitudes at that time. If I had not discovered my psychological trait, esteemed reader, at these heights of my life everything that I would have done would have been simply A LAMENTABLE LOSS OF TIME…… It would have been useless for me to have found this sacred teaching and I would have committed the folly of NOT HAVING TAKEN ADVANTAGE OF THE BEAUTIFUL OPPORTUNITY OF HAVING KNOWN THE RED CHRIST OF AQUARIUS, the V.M. Samael Aun Weor.

I leave you now some phrases for reflection:

“The first and greatest shame of the sinner is having sinned.”
Seneca

“The greater the crime, the greater must be the time devoted to remorse.”
Victor Hugo

“Our repentance is not so much regret for the ill we have done, as fear of the ill that may happen to us in consequence.”
La Rochefoucauld

“A good repentance is the best medicine for the illnesses of the soul.”
Cervantes

MAY THE LIGHTS OF YOUR FATHER WHO IS IN HEAVEN BE WITH ALL OF YOU.
Kwen Khan Khu