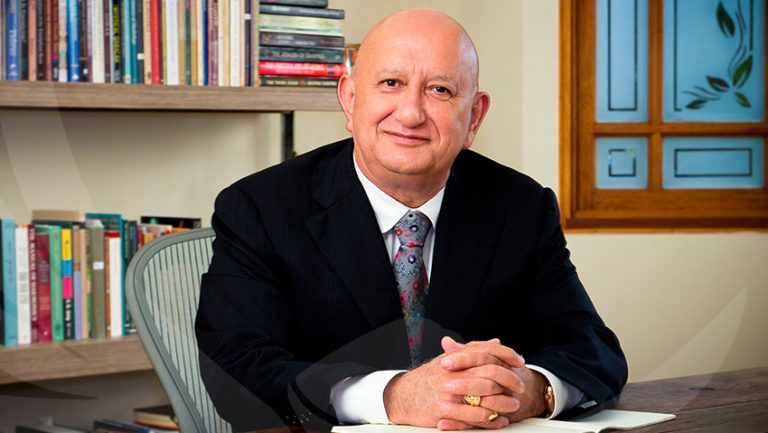 Oscar Uzcategui Q. was born on August 28, 1950 in Venezuela, in the middle of the Andes Mountains. From an early age he had great spiritual concerns, which led him to an incessant search for the values inherent to the Being of the Gnostics. His puberty was spent in those Venezuelan lands, and during that period he was able to scrutinize the Rosicrucian, Theosophical, Freemasonic and Spiritualist themes, reaching the conclusion that such schools could not capture practical and precise elements for the psychic development of man in an integral way.

At the age of fifteen, at the beginning of his adolescence, he came to have in his hands a Gnostic booklet called “Masterful Lesson”, in which the V.M. Samael described, in broad strokes, that which was Gnosis, its objectives, its methods, etc. This booklet led him to delve deeper into Gnostic knowledge and, because of this, thanks to the secret hand of destiny, he met an army sergeant who began to give him all the Gnostic subject matter, both to him and to a group of friends with whom he shared his knowledge.

Already integrated in Gnosis, he began to enrich his soul with all the treatises that flowed from the pen of the V.M. Samael Aun Weor.

At the age of sixteen he began his work as a disseminator of Gnostic studies, creating Gnostic associations in the city where he lived (Maracaibo-Zulia) and in other nearby cities.

At the age of twenty-four, at the invitation of the V.M. Samael Aun Weor, he left Venezuela to work under his direction in Mexican territory. In those lands he would carry out, by instructions of the V.M. Samael, different missions of Gnostic diffusion, as much in the eastern side as in the central and western zone of the Aztec country.

It should be noted that Oscar Uzcategui Q. had the opportunity to be close to the precursor of contemporary Gnosis for a period of three years, even living in his own house.

During these three years he was able to verify directly the depth and scope of the Gnostic wisdom that flowed from the V.M. Samael Aun Weor.

This led him to have a clear and objective vision of the line of metaphysical and doctrinal work in general followed by the V.M. Samael Aun Weor, and thanks to this, today AGEAC (the institution founded by Oscar Uzcategui Q.) can successfully carry out its task of spreading Gnosis in all the confines of our planet without altering the body of Gnostic teachings or the line of work pursued by the V.M. Samael Aun Weor.

Following the disincarnation of the V.M. Samael Aun Weor (December 24, 1977), Oscar Uzcategui Q., faithful to the promise made to the founding President of contemporary Gnosis on his deathbed, continued the work of transmission of this brilliant knowledge that for everyone has come to be Gnosis.

Between 1980 and 1983 he carried out a great gnosticizing work in countries such as France, Belgium, Italy and Greece. Later, in 1984, he arrived in Spain, where he stayed for a long period of time. In Spain he created Training Centers for Gnostic Diffusers from 1985 to 1998.

During this period he also visited Africa, a continent with which he had already had contact through correspondence courses that he conducted from the city of Grenoble, in France, and through which the first groups of students were formed, which today subsist in countries such as Gabon, Cameroon, Togo, Benin, etc.

In 1989 he founded the vehicle of Gnostic diffusion called AGEAC (Gnostic Association of Anthropological, Cultural and Scientific Studies), with the aim of making a vast propagation of Gnosis for the benefit of all humanity.

In the year 2008, at the International Congress held by AGEAC in Agra, India, Mr. Oscar Uzcategui made known to the members of that institution the name that every man receives internally when he is prepared for it. That name is Kwen Khan Khu.

He is also the author of numerous literary works and of multiple prologues that accompany the editions of the works of the V.M. Samael Aun Weor.

We conclude this biography by emphasizing that the activity of Mr. Oscar Uzcategui has as its only secret spring the desire to give back to the V.M. Samael Aun Weor, his preceptor, all the enormous activity that the latter carried out for the good of humanity on the altar of supreme sacrifice.

Poster “Ode to the glorious Samael”