VOPUS Gnosis > Articles > How to differentiate fanaticism from that other that we call conscious faith? 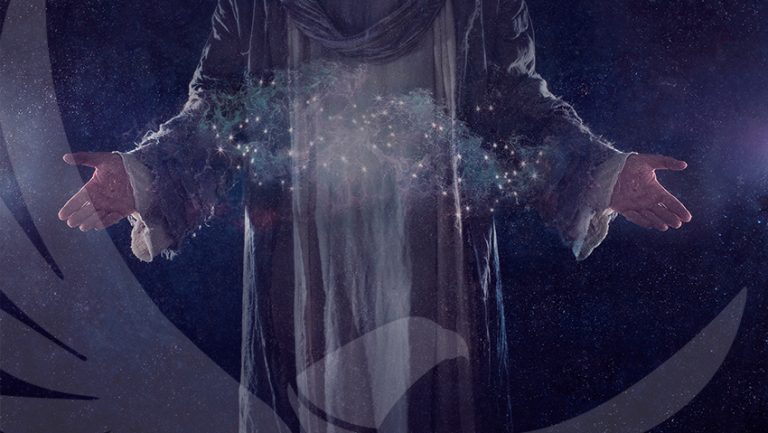 I am pleased to send you a few words to tell you about:

HOW TO DIFFERENTIATE FANATICISM FROM THAT OTHER THAT WE CALL CONSCIOUS FAITH?

For many centuries, humanity has been living, in many epochs and opportunities, submerged in FANATICISMS of various kinds, be they political, ideological, religious, philosophical, etc., etc., etc. Certainly, FANATISM is a BLIND FAITH in something or someone, based only on fantasies or ideas that have no logical basis. In the religious world this has happened many times and, above all, within the churches known as Catholic and another called Orthodox Christian.

On one occasion, he who writes these words had a conversation with a companion linked to our teachings, and that friend narrated an episode that, really, seemed incredible to me, but it was true. This companion of the path told me that he had an uncle who was a Catholic priest. So, then, one day my friend asked the prelate:

“Do you think, uncle, that Mary, the mother of Jesus, really was fecundated by a dove?”

To which the prelate replied:

“Don’t believe in such nonsense! That has been created as a dogma and you have to accept it because that is what the church itself commands, but that has no logic and cannot be true!!!”

Obviously, that boy was astonished to hear his uncle’s words in regards to the question he had asked him. Thus, that friend directly verified that many people, entire multitudes, follow certain creeds with all their dogmas, for the fear of hell or of not being socially accepted, etc., etc., etc., all of which is an incongruity. In this case, there is a question: and why, then, did this uncle continue being a priest if he himself did not believe in what he preached? Perhaps he was still exercising the priesthood because that was how he made a living financially and secured his daily bread…, that is all.

However, these religious doctrines, with those dogmas of faith that we could rather call BLIND FANATICISMS, have accumulated economic, political, social power and even power over the souls of people for millennia, even going to the extreme of radicalizing these fanaticisms and transforming them into persecutions and executions of all those who may be considered, according to them, HERETICS OR ENEMIES OF GOD OR OF THE “TRUTH…”

Fanaticisms, appreciated reader, are never good because they are walls without foundations. Even in the so-called JEWISH FAITH there is the belief, absolutely erroneous, according to which ON THE DAY OF THE FINAL JUDGMENT AND THE APPEARANCE OF THEIR MESSIAH ─which for them is not the V.M. Aberamentho─, the dead will RISE FROM THEIR TOMBS and the whole Earth will become a paradise… Just like that! Overnight! This is, clearly, another fallacious argument that does not stand up to the slightest rational analysis…

For there to be a paradise on the face of our world, it is necessary that the pseudo-man who walks the streets of the cities today becomes a true MAN and, based on that, he will be capable of developing a paradisiacal life. Only a true Man can generate new circumstances or manage the LAW OF EPIGENESIS, which would allow him to be in contact with the soul of plants, animals, minerals and, also, that authentic Man would have power over the elements of the earth, powers granted to him by his own BEING.

For centuries and millennia, humanity has been led like a herd of sheep from one side to the other, sometimes to the right and many others to the left, but it has never been at the center of reality, that is, in the TAO. Undoubtedly, the culprit of this misfortune is humanity itself that, for not having AWAKENED ITS CONSCIOUSNESS, is happy to accept stories that others tell it in order to be part of a conglomerate to which its ancestors have belonged, although these ancestors could never have been able to verify the real existence of what these unfounded dogmas preach…

Politically speaking, esteemed reader, all the calamities that the human race has had to endure under the guidance of blind and sleeping leaders of all ages are already history. Let us remember Napoleon and his wars wanting to form A EUROPEAN EMPIRE. Likewise, let us remember Hitler and his announced Third Reich which, according to him, would last a THOUSAND YEARS. All these barbarisms only brought one thing to the common mortals: FEAR, WAR, DESOLATION AND DEATH… What happened in Russia with Stalin? Well, the same. In order to stay in power, that SAVAGE TYRANT made the so-called Stalinist purges that sent thousands and thousands of people who were not sympathetic to his ideology to their death. Here is the product of BLIND FAITH…

Through Gnosis, dear readers, the humanoid has the opportunity, if he practices it seriously and thoroughly, to leave his ghostly chrysalis and reach the true human state that then grants him the status of MAN. This Man, with his developed psychic faculties, comes to understand and comprehend the true reality that is hidden in the kingdoms of Nature, of the Cosmos and of the Universe itself. Then, everything that he heard about the existence of Angels, Archangels or Demons becomes for him a mystical experience lived directly, not simply accepted as a belief.

For an awakened Man there are no dogmas, because through his faculties he could verify the multi-dimensionality of space and everything that it contains: superior dimensions or AEONS OF LIGHT, or inferior dimensions -namely: HELLS-. The awakened psyche of every true Man makes him know directly that which is so venerated as God, connecting himself through interiorization with his legitimate intrinsic and eternal reality which is THE BEING. He can speak to his own BEING and even get to know his sacred name to invoke Him when he needs Him. This is another world and this is the true perception of the phenomena that constitute life in this three-dimensional reality or in those other PARALLEL UNIVERSES.

In this way, dear friends, the soul comes out of its psychological prison to contemplate the wonders of creation for itself. It does not need to be afraid of anything or anyone, since knowing everything that Consciousness allows it to verify, it ends up losing its fear of even DEATH ITSELF.

No religion can achieve the miracle of “re-linking” souls with its divine principle if it is not founded on the possibility of direct experimentation of its arguments. Thus, for this reason, we can speak of DEAD RELIGIONS and SOLAR RELIGIONS that have always been based on realities and not on theoretical approaches created to convince unbelievers.

Our teachings, experienced reader, rest on an ancient doctrinal platform that offers those who practice them the possibility of deciphering the famous questions of eternal philosophy: who are we? Why do we exist? Where does life come from and where do we go after death? Gnosis teaches us to create CONSCIOUS FAITH on the basis of experimentation. That is the doctrine of the apostle Thomas when, facing the V.M. Aberamentho already resurrected, he introduces his finger into one of his wounds to verify for himself whether it was the Great Kabir who had been crucified. Each apostle played a role in the drama of Jesus Christ and the role of Thomas is summed up by our Patriarch in one sentence: “Do not depend on other people’s concepts, but on the experienced realities” in the realm of existence…

Gnosticism has remained firm throughout the millennia thanks to its teachings based on the direct experiences lived by all those who have studied them deeply and have tried to make them part of their CONSCIOUS FAITH. This is the greatness and splendor of our gospel. All those who knew the Aquarian Avatar and even venerated him, but never put into practice his sacred teachings, later abandoned the Fifth Gospel and returned to their drunkenness, their fornication, inferior emotions, adulteries, etc., etc., etc. Those people admired the man who spoke of things never before mentioned. Unfortunately, for those listeners it was all a nice speech but not something to be taken seriously and make it into a discipline to follow throughout life. Those people never came to possess CONSCIOUS FAITH, they continued with BLIND FAITH…

Let me now leave you some phrases that I consider important:

“There are those who kill in the name of Christian charity, those who, in order to save their fellow being, take you to the burner. Any idea serves the fanatic and in the name of all of the crimes that have been committed.”
Unamuno

“Fanaticism is to religion what hypocrisy is to virtue.”
Charles Palissot

“God is the beginning, the middle, and the end.”
Plato

“Suppress God and darkness will be made in the soul.”
Lamartine