VOPUS Gnosis > Articles > Why does the phenomenon of machismo exist in our society? 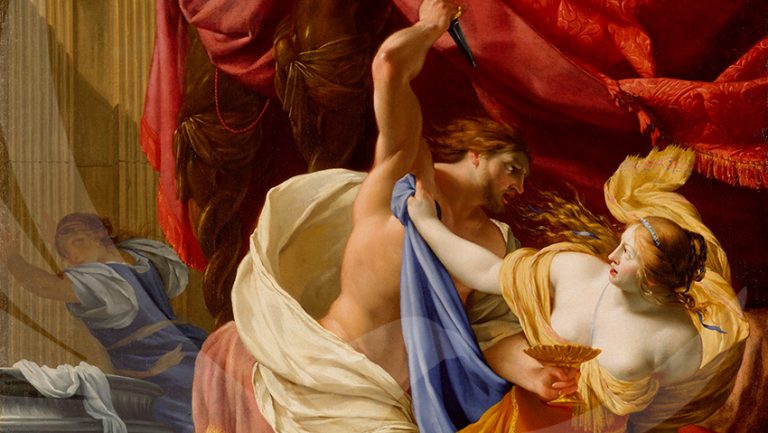 I am sending you some reflection that I have had about:

WHY DOES THE PHENOMENON OF MACHISMO EXIST IN OUR SOCIETY?

To speak about machismo, dear friends, is to speak about a global social epidemic in the 21st century. It is obvious that this social evil has not emerged in the 20th century or in the present century, but is a psychological-social scourge that our vaunted civilization has been dragging on for a long time.

It suffices to remember that already in the times of Saint Paul women were considered as entities that DO NOT POSSESS A SOUL and, therefore, men had the right to rule over them. This attitude toward women was incorporated into the Koran of the Muslims and hence in that creed the man is allowed to have several women. Some Arabs justify this bad habit on the grounds that, since women need protection, then a man can have several wives so that none is left abandoned. However, all of this is nothing else but excuses of the animal Ego to justify its LUST, PREPOTENCY, SELF-LOVE and PRIDE…

It is unquestionable that, according to some pseudo-anthropologists and pseudo-psychologists, it is argued that the phenomenon of machismo is something that, necessarily, is found in the profound depths of the human psyche because, since according to them we all come from the monkey, then the animal instinct is very much adhered to the psychology of man because, once again according to them, in the times of the cave Homo sapiens dragged the women by the hair as one of their belongings, a whole theory based on ABSURDITY. To top it all off, our origins within the line of the chimpanzee or orangutans has never been proven. We, with the help of Gnosis, know perfectly the history of humanity and the cosmos and therefore we know that the famous Australopithecus, the Homus africanus, the Neanderthal Man and some others are only remains of the Atlantean Race and the Lemurian Race when they fell into animal degeneration and mixed with the animals of nature. In this way we can say that THE MONKEY COMES FROM US, but we cannot affirm the same the other way around.

Freud himself committed the extreme mistake of affirming that THE UNCONSCIOUSNESS OF MAN is absolutely animal, thus wanting to justify in this way the different atrocities that the PLURALIZED “I” commits by using our organic machine.

Without a doubt, dear reader, it is clear that the angelic fall, which occurred millions and millions of years ago, produced the total imbalance of the human psyche and the appearance of the EGO which, with the passing of the centuries and millennia, has fortified itself ─thanks to fornication─ until becoming shaped by the ten thousand entities or psychological aggregates that constitute it. This is serious…..

It is truly horrendous that in our proclaimed CIVILIZED SOSCIETY, in our days, HOMICIDES or, better said, FEMINICIDES are committed practically twenty-four hours a day, to the point that women have had no other choice than to go out into the streets and demand their right to BE RESPECTED and be considered analogous to their counterpart: men.

The most incredible thing about this is that MACHISMO is not only present in the so-called third world peoples, but in all the first world or industrialized societies. With all of this, it is demonstrated that the “I” does not know borders nor respects languages or customs, and much less RELIGIONS. We have to emphasize, by the way, that there are many creeds that remain silent in the face of this animality present in the humanoid of our times, and sometimes they even ask women to subdue themselves to their husbands at all costs, even if the women are enduring TORTURES OF ALL KINDS.

In Europe, in North America, in Russia, in China, in South America, etc., etc., etc., in every corner of our planet, the humiliation of women has become a part of human behavior, as if we had to consent to this wrong behavior just because that is how the world is made.

It is obvious that the MACHISMO considers, among other things, that the IQ ─wrongly considered as a measurement of the level of intelligence─ of women is lower than that of men and even research had been done that claims to affirm that the female brain is smaller than that of man. All this paraphernalia has no scientific or logical basis, because in the world there have existed and continue to exist women with a very high level of intelligence in the different branches of human knowledge, that is, in SCIENCE, ART, PHILOSOPHY and MYSTICISM. Now we can even talk about WOMEN ASTRONAUT who form part of the space crews, reaching to the extent of being the captains of the well-known terrestrial ships.

Despite all this, in the area of daily life women’s work is remunerated at a rate less than men’s, all of which constitutes a TRUE INJUSTICE, even though they work the same number of hours and perform the same tasks as men.

We must not forget, dear friends, that, gnostically speaking, among the apocryphal gospels was found THE GOSPEL OF MARY MAGDALENE, whom the Kabir himself took as a/his wife and, according to other apocryphal gospels, Jesus considered her as the person who interpreted his teachings best. It has even been speculated in the theological field that Jesus would have wanted Mary to be considered as the true source of the Christian Doctrine of the V.M. Aberamentho once the latter left the three-dimensional world after his ascension.

Personally, I have had to see many unpleasant situations caused by the three-brained biped mistakenly called man. On one occasion, when I was giving these sacred teachings, I was sent as a diffuser to a town in Mexico located in the state of Guanajuato. In those days I was trying to perform this job in other Gnostic acronyms that had a woman as coordinator. Curiously, I told this same woman coordinator through the phone that the association to which I had been sent was anything but an ideal place to deliver our gospel. Likewise, I told her that the couple who was there was made up of a poor woman who was totally famished, skinny, thin and her husband, a strong MEXICAN TOUGH GUY who spend practically all day working in an office of a bank called BANAMEX. Then she, the coordinator, blurted out the following words:

“You are not there to be the judge of what you are seeing, you are there to take charge of that association!!!”

To which I replied:

“Certainly, my role is the association, but I have to tell you that the wife of this instructor can fall dead any of these days, because she is a talking skeleton and I think something has to be done about his couple… “

Sadly, avid reader, four days after my arrival in that city, that instructor woman had died of starvation. My words had become a horrible prophecy that we could have stopped from being fulfilled. The most aberrant thing about all this was that it was a woman who did not take any pity on that dying woman. That was a big shock to my insignificant person…..

However, something profoundly sad was the fact that it was MACHISMO that got introduced into GNOSIS , the culprit of that macabre story that I have just told you in the previous lines. In this condition we have to ask ourselves: how is it possible that we speak to the multitudes about the BEING, about the self-realization, about the LEVEL OF THE BEING, about the “I”, about the mysteries of life and death, and that something as essential as BEING A GOOD HOUSEHOLDER does not interest us? Enigmas, enigmas, enigmas…!!!

On the other hand, in the whole world and especially in Europe, Russia, North America and South America, a horrible habit has been generated toward women. Now it turns out that the humanoid mistakenly called man has taken to “KILL WOMEN.” It is inconceivable that marriages that have lasted for up to seventy years ended one day because the husband got jealous ─ it is laughable at that age ─ and because of that he killed his partner with a hammer, or strangled her, or threw her out from the balcony of the apartment where they lived… What is all of this? Apart from being a total savagery, this shows that the “I” has invaded absolutely the entire HUMAN PSYCHE and turned him into the cave of IRRATIONALITY.

In other cases it happens that the female, tired of having to live an absolutely absurd life with her husband, asks for divorce and instead of giving it to her he decides to kill her “just because.” Here, in these cases, MACHISMO enters, making its way with the phrase that goes like this: “If you are not with me, you will not be with anyone either…”.

The true REVOLUTION OF THE CONSCIOUSNESS must produce the TOTAL DEATH of all kinds of infra-human tendencies, tendencies against nature, dark tendencies and tendencies toward the lack of ethics and respect for the human being. The BEING, dear reader, abhors MACHISMO, because a grotesque part of THE SELF-LOVE and SELF-CONSIDERATION inclines men toward the belief that WE ARE SUPERIOR TO WOMEN and that is why God has made us “men.” This is quite a monstrosity.

In the history of humanity there existed and can continue to exist true heroines, true mystics, true wise women, very relevant scientists, surprising analysts and even political women, because the BEING can express his wisdom either through a male or female vehicle. It suffices to remember Saint Theresa of Jesus, Joan of Arc, Sara ─the wife of Abraham─, Saint Barbara and many others named within the historical-religious context of Christianity. In the 19th century’s world of occultism we can name Annie Besant, Madame Blavatsky and her Sectret Doctrine, Alexandra David-Neel the great explorer of Tibet, etc., etc., etc.

The woman, dear reader, is the tiny representation of our inner Mother. That is why the gift of gestation fell upon her, nothing more and nothing less. Let us analyze all these things that are also an important part of our self-discovery and part of the intimate Self-Realization of our own BEING.

Let us now read carefully some of these chosen phrases:

“In the moment of danger the lover says to her loved one: “We will die together…” But the mother says to her son: “Save yourself.”
Castro and Serrano

“Letters without virtue are pearls in the dunghill.”
Cervantes

“It is a great virtue to consider all others as better than ourselves.”
Saint Teresa