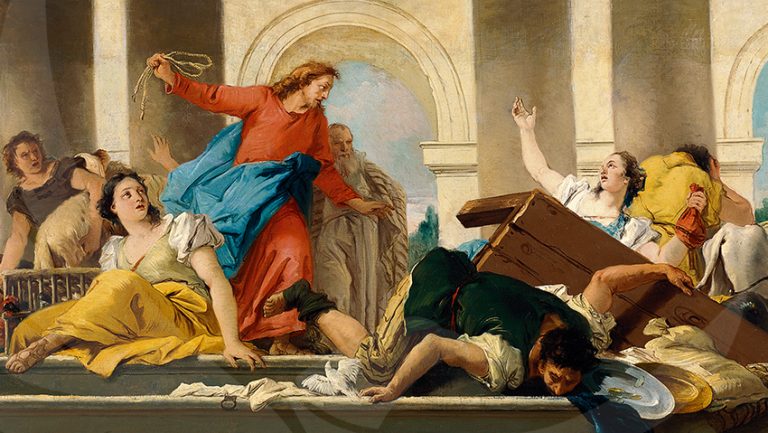 I take my time to write to you about something that I believe is important to understand:

WHY DOES A MASTER OR AN AVATAR SEE HIMSELF IN NEED TO RESORT TO EMPHASIS AND FORCE WHEN DELIVERING HIS MESSAGE?

Many are the people who have described the message of our Patriarch as VERY STRONG, and people have come to describe it as irascible or tactless…

In order to understand why the work of the Avatar of Aquarius is tremendously FORCEFUL and EMPHATICAL, it is necessary to understand several lines of action, namely:

1. The Being of the Gnostic Patriarch is the Genie of Mars. Mars is the planet zodiacally related to MILITIA or WAR, understand in this case the HEAVENLY MILITIA and the war against darkness. In fact, the Hindu tradition says about the Kalki Avatar that he would be the last of the ten Avatars to manifest himself in the course of the Aryan Race, and they call him “the Destroyer”. Obviously, he is not a destroyer of human beings, but a destroyer of sinister forces, specifically the destroyer of the Kali-Yuga or Black Age. In order to become THE GREAT DESTROYER, it is indispensable to have first destroyed oneself in regard to the swarm of evil that every person carries within, and even more so when one is a fallen Bodhisattva. In this respect, V.M. Samael often commented that, on one occasion, being in the inner worlds and not yet living the Secret Path, he met his divine Monad, his profound inner Real Being, which he found inside a kind of bar. Once there, that Martian Monad took his Human Soul ─his human Bodhisattva─ by the waist and threw him out of a window, and the mentioned Bodhisattva fell in the mud. Then the Real Being approached him carrying in his right hand a steel chain, which he was spinning threateningly at his Bodhisattva, and he scolded him in this way:

”Well, are you going to help me in this existence or not???”

Before such words from his Real Being, the Patriarch tells us, he was astounded and immediately answered:

“Yes, yes, yes, my Lord, of course, I will cooperate with you in everything you order me!!!”

A terrible situation, patient reader. “Then ─Master Samael tells us─ I decided to take those words of the Blessed One ─referring to his Ancient of Days or Pythagorean Monad─ very seriously and I resolved to rise from the mud of Samsara”…

We must try to understand that if the Monad itself was interested in raising its Bodhisattva from the mud of the earth, it is because the Monad would be spurring him on from the most unknown depths. That is, the Theomegalogos himself would be insisting that the Martian Logos fulfills his mission as soon as possible, and hence, he would have appeared before his human soul in such a martial way. This is a chain of command, esteemed friends, this is how you should understand it. As above, so below, and as below, so above. The great Hermes Trismegistus said it on his Emerald Tablet.

2. The messages previous to the Samaelian work were dictated to the pseudo-human kind in order to prepare it psychically for the advent of the synthetic word of the Avatar of the Age of Aquarius. That is why our world received many teachings that we would describe today as NIRVANIC, as they were mainly aimed at trying to sow mystical longings in the social masses that were already starting to lean toward dialectical materialism and historic materialism, headed by sinister characters as Charles Darwin and Karl Marx. Therefore, authors such as Dr. Atkinson, Paul C. Jagot, Rudolf Steiner, Madame Blavatsky, Jiddu Krishnamurti, Charles Webster Leadbeater, Sivananda and his Yogism, Gurdjieff, Ouspensky, Ramacharaka, the V.M. Huiracocha, Eliphas Levi, Max Heindel and his Rosicrucianism, Annie Besant and many others, whose legacy served as a kindergarten for this confused humanity lacking sincere spiritual longings…..

3. With the fall from grace of the true Masonry and of the true Rosicrucianism and, likewise, with the arrival of the First and Second World Wars, the society of three-brained bipeds mistakenly called men, entered an absolutely INVOLUTIVE AND DECADENT curve that threw the human kind into the abyss of drugs and infra-sexuality, all this accompanied by the DIONYSIAN WAVE, which was to come with the entrance of our world into the constellation of Aquarius. The terrestrial humanoid did not know, because of the tremendously robust animal Ego, how to polarize himself correctly with the planet Uranus ─which is the house of Aquarius─, and neither with Saturn, and because of the bad secretary within us, he interpreted the revolutionary force of Uranus in the wrong way, and instead of seeking his inner liberation, he dedicated himself to provoking blood and liquor revolutions, all of it with the misuse of sexuality, which became a bargaining chip during the hippie phenomenon.

Before the arrival of the Second World War, humanity had certain principles that it respected and sought to incarnate, principles related to the superior ethics and the search for eternal values. This served as a basis for the Nazis to create an ideology that seemed to want to give back to the Nordic peoples their authenticity, their identity, their values and their true image. However, it is written in the testament of eternal wisdom that every ideal, as wonderful as it may seem, if it does not take into account the dissolution of the animal Ego, it is condemned to failure!!!, and what seemed to be a great dream ended up becoming a frightful nightmare for humanity.

4. To a humanity already defrauded and ravaged by two world wars, one could not keep talking about pseudo-spiritualist doctrines, especially when the churches were already starting to show that they were detached from the very principles they were proclaiming ─above all the Catholic Church and the Orthodox Church among others─ and the woodworm of HEDONISM was beginning to undo the ethical and moral bases of practically all the creeds in our world.

With this outlook, the advent of Gnosis had to be like a thundering trumpet that would shake the foundations of the pseudo-human society in order to show the intellectual animal that he either revolutionized and changed his mediocre status, or he surrendered to the mechanical forces of the Law of Involution. The terrestrial pseudo-man was then definitively confronted with the Shakespearean dilemma of TO BE OR NOT TO BE……

As the Bodhisattva of the Martian Logos was awakening and developing all the potentialities underlying within him, he received in a direct and transcendental way the teachings of his sacred Monad, all of which became, with the passing of the years, a MESSAGE FOR THE REVOLUTION OF THE CONSCIOUSNESS. It was about ─V.M. Samael Aun Weor was saying─ saving at least the hat of the drowning man…, and that was the task that the Father of the contemporary Gnosis set out to do.

It is obvious, esteemed reader, that the Gnostic message ended up being reserved for a few, lamentably, very much despite the fact that the Gnostic doctrine was adapted to the so-called modern times, and despite the marvelous fact of being a teaching that regenerates the Homo sapiens sapiens at all physical and metaphysical levels. It has been the Samaelian Gnosis that has called things by their true name, without false labels and useless details. When it was necessary to explain to the human chaos that it was SEXUALLY DEGENERATING and, therefore, PSYCHICALLY as well, the V.M. Samael took the sword of Damocles and, with his monumental work THE PERFECT MATRIMONY, he clarified to the sleeping social strata what NORMAL SEXUALITY, INFRASEXUALITY AND SUPRASEXUALITY were, accompanying all this superb explanation with the famous THREE FACTORS OF THE REVOLUTION OF CONSCIOUSNESS, namely:

However, as the Martian Logos was, and still is, interested in showing this humanity the Secret Path in all its details in order to get to know the true spiritual life, he made it very clear that this radical change was only possible by people who, organically and psychically, had at least a percentage of COMMON SENSE, and therefore, he had no choice but to warn the sleepy creatures of our world that the kingdom of heaven was forbidden to THE HOMOSEXUALS, LESBIANS, TRANSVESTITES, BISEXUALS, etc. , etc., etc. The Truth is like a storm: when it comes, it wreaks havoc… SO IT IS WRITTEN IN THE BOOK OF LIFE…..

We must understand that it is not heartening for an Avatar to have to speak to the masses using a harsh, direct and candid language, especially when that message has to be launched to the crowds of an overpowering Kali-Yuga like the one that we are living, an ultra-sinister time in which not only the inner darkness lying in the psyche of the humanoid is conjured up against him, but also the outer darkness, which strikes with all its force to increase the collective illusionism with the increase of false science and seductive malignant technology typical to the inner Beast whose number is 666…

It is the Samaelian Gnosis, dear friends, the last stronghold of absolutely divine forces left to this crazy pseudo-human species. Today we know that, despite ALL THE SACRIFICES that V.M. Samael voluntarily wanted to make, one night, while he was at home in Mexico, meditating in the early hours of the morning, he had a terrible shock and burst into bitter tears. When his priestess wife asked him:

“Why are you crying?”

“I have failed, my message has not been understood by this humanity!!!”

Unquestionably that the mission entrusted by the Monad to the Bodhisattva was fulfilled, as the said Bodhisattva had developed a tremendously transcendental and transcendent body of doctrine, absolutely accompanied by superior logic and by surprisingly extraordinary dialectics and didactics….. What has really happened is that the human recipient did not, and still does not live up to the message that this Martian Messenger has brought us from the Logoic heights. This is how things are, illustrious reader!

Allow me now to leave you some quotes for reflection:

“One has reached Mastery when he does not err nor hesitate in the execution.”
Nietzsche

“Martyrdom requires a struggle, that is, someone who contests the virtue or the truth.”
P. Vitoria

“The end of all that is human has come when there is nothing left but faith in material interests.”
Quintilian

“Faced with a human problem, the materialists analyze the easy part, deny the difficult part and go home for tea.”
G. K. Chesterton

“THE BIRD BREAKS THE SHELL. THE EGG IS THE WORLD. WHOEVER WANTS TO BE BORN FIRST HAS TO BREAK A WORLD. THE BIRD FLIES TO GOD. GOD IS CALLED ABRAXAS.”
Stephan Hoeller