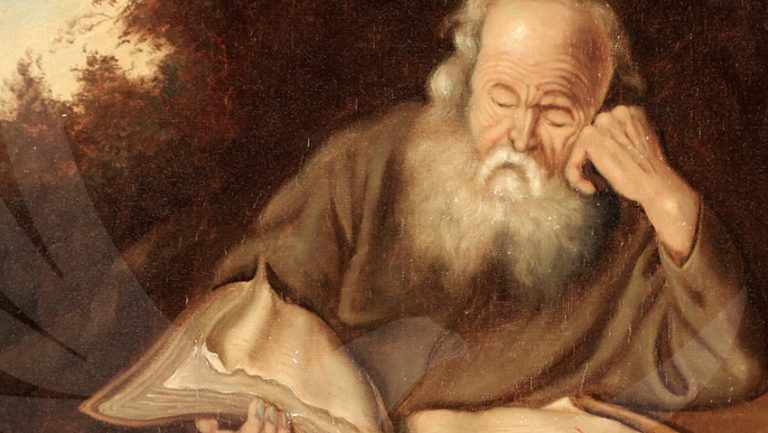 I want to send you the following message related to:

When we know Gnosis by obeying an inner call that has led us to it, we begin our esoteric journey trying to reunite, one day, with our REAL BEING. There are those who begin this journey at an early age, others at a mature age, and some others already at old age.

In any case, the interesting thing is to contact the veritas sapientia that will lead us to the study of themselves and to the practice of the so-called THREE FACTORS FOR THE REVOLUTION OF CONSCIOUSNESS. Then, dear reader, we begin our study with the phases A, B and C of our sacred teachings, which become the kindergarten of our journey. During this period, we begin to nurture ourselves with Gnostic terminology, and we also begin to try to train ourselves with the practices of our Gospel.

Later on, when we are already considered to be truly interested in our studies, we are given the Arcanum of the Arcana, and with that key we enter the highest of all magics, which is none other than the supra-sexuality.

This High Magic begins to operate in us various wonders, various metamorphoses, if we perform it according to the hermetic rules, that is, if we are able to KNOW HOW TO NOURISH OURSELVES WITH THE POWER OF TRUE LOVE, indeed very far from the animal sexuality.

When we are finally blessed by the Holy Spirit and the so-called SECRET FIRE of our blessed inner Mother or Stella Maris is awakened at the base of our spine, then it is said that we have really entered the Hermetic Path, because before such a phenomenon occurs, we continue to be CHELAS or aspirants for the Sacred Path. When the serpentine flame begins its journey through our vertebral nadis, we become ARHATS, that is, someone who is bathed by the forces of the Holy Spirit.

When that serpentine fire has traveled through our entire spine, and this has happened in several of our vehicles apart from our three-dimensional or material body, then we are called INITIATES, because we have been receiving INITIATIONS linked to the processes of the SERPENTS OF FIRE and, later, to the SERPENTS OF LIGHT. Like this, we will have completed what we call the processes corresponding to the FIRST MOUNTAIN, speaking in sacred terms.

During all the aforementioned processes, we will obviously be instructed by our Guru, the V.M. Samael Aun Weor, and by our inner Father-Mother. However, if we have accomplished a good binomial of BIRTH AND DEATH, then, as the path that will take us to the SECOND MOUNTAIN opens for us, the instructions that we receive will become more secret, and the language that we are given will become more and more occult.

This means that, as we are AWAKENING THE CONSCIOUSNESS and are consumed by the serpentine flame, things will become more “labyrinth-like” ─so to speak─ for us, and in those circumstances, we will need to be up to the task in order to comprehend what we want to be told, otherwise we could become stuck on the journey that we are trying to bring to fruition.

To be clearer in this matter, I will tell you, for example, that when V.M. Samael was recommended, in the middle of the SECOND MOUNTAIN, to resume his alchemical work after a magnetic pause that lasted approximately eight years, an Adept approached him and, showing him a branch of an aromatic plant, said: “You must begin to feed on this fragrance”… Fortunately, friends, Master Samael intuitively grasped what he was told and started his distillations again.

When your servant was warned that I was entering the SECOND MOUNTAIN, apart from having seen myself entering a desolate desert, I was greeted by some Adepts who mysteriously told me: “Welcome to Yugoslavia!” When I returned to my physical body, that phrase echoed in my head and for days I tried to find its true meaning, until I finally found it. I was being told: “Welcome to the land that will become for you like a YOKE (yugo) ON THE WAY (via)”; and so it was, dear reader, everything began to go from bad to worse, as Master Samael says…

Therefore, it is necessary to go deeper in our death so that our Consciousness may expand and we may be assisted when we are given instructions in a kabalistic manner, whether in the form of sentences or symbols… He who has understanding, let he understand, and he who has ears, let he hear because there is wisdom here…..

At another point in his existence, Master Samael tells us that when they internally wanted to remind him of his commitments to the White Brotherhood, they uttered to him the following sentence: “Don’t forget TIJITLIS”… ????

That word, even if we look it up in a Russian, German, French, Spanish or even Mongolian dictionary, we will never find it, because it is a word that belongs to the divine language. And what does it mean: TIJITLIS??? Answer: the doctrine. He was told that he had to continue to deliver the Gnostic teachings…, nothing more and nothing less… And what if our Consciousness is not up to the task of this terminology? Well, simply, perhaps we would go astray, perhaps we would end up doing blunders or abandoning the hermetic path… This has happened to many who wanted to conquer heaven by only thinking of their alchemies and forgetting the NEED TO DIE FROM INSTANT TO INSTANT!!!

The one who has already reached Mastery, for example at the end of the Second Mountain, is internally spoken to in an absolutely cryptic language. It is also obvious that if the status of Liberated Master is attained, things will become more and more obtuse for the discernment to which the intellectual animal is accustomed.

In his book, THE PERFECT MATRIMONY, the Avatar tells us, regarding all this, things like these:

“Of all the ritual prayers, the most powerful is the Lord’s Prayer. This is a magic prayer of immense power. Imagination, Inspiration, Intuition are the three obligatory paths of Initiation.

‘First, we need to see the spiritual things internally, and then we must listen to the Verb or the Divine Word in order to have our spiritual organism prepared for intuition.

This Trinity is found in the first three pleas of the Lord’s Prayer, namely:

–’Hallowed be thy name’, that is, the Divine Verb, the Magnificent Name of God, the Creative Word.

–’Thy Kingdom come’, that is: with the pronunciation of the Verb, of the mantras, the Inner Kingdom of the Holy Masters comes to us.

–’Thy Will be done, on Earth as it is in Heaven’. This is what God’s Unity is all about, leaving everything solved.’

With these three petitions, Krumm Heller says, we have asked for everything, and if one day we achieve it, we will already be Gods, and therefore we will no longer need to ask.”

And the Patriarch adds in another of the chapters of that magnificent book:

“When the Initiate has been enlightened by the Brahmanical Fire, he enters the Esoteric or Secret Circle of Humanity. In that Circle we find an ineffable family, made up of those ancient Hierophants who are known in the world as Avatars, Prophets, Gods, etc.

It is impossible to reach Cosmic Consciousness without Sanctity. It is impossible to achieve Sanctity without Love. Love is the path of Sanctity. The most magnificent manifestation of Love is achieved during the Sexual Magic. In those moments, man and woman are a single, terribly divine hermaphrodite being.”

Thus, esteemed reader, we urgently need the INNER DEATH so that our Consciousness can expand just as our purification or sanctity. It is indispensable to grow animically with the help of the fire, but it is also extremely important that our edifice is well built on Saturn’s terrain, so that our work is complete and approved by the Holy Gods…

I leave you now some reflections to meditate upon:

“It’s not enough to acquire science, it’s also necessary to use it.”
Cicero

“The sage remembers the past, enjoys the present, and guard against the future.”
Isocrates

“Wisdom is none other than the science of happiness.”
Diderot

“We speak of the most perfect degree of perfection that can be reached in this life, which is the transformation of God.”
Saint John of the Cross