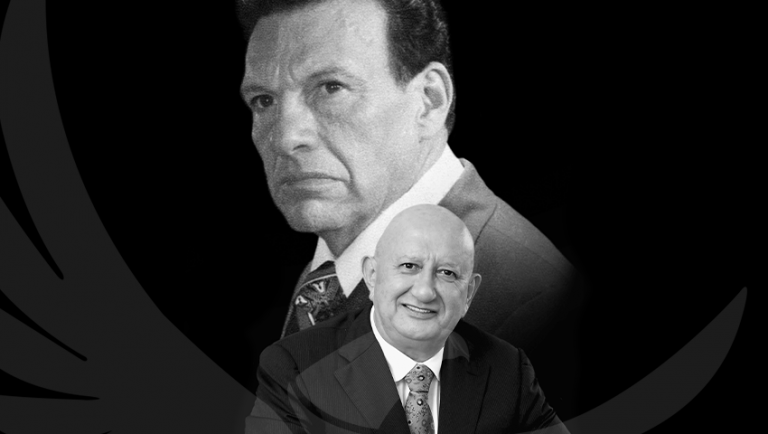 With immense affection I am going to tell you an anecdote that I think you will like:

The year was 1977 and your servant found himself in the city of Nogales, belonging to the State of Sonora. That mission was shared between me and another instructor brother and his wife.

At all times, thanks to the Father, the one who writes these lines kept in touch with the Avatar of Aquarius by using the phone. In those days we had already heard that the Venerable Master Samael had begun to fall ill and his ailment got worse and worse. One of those many days, your servant called the Exalted One to discuss trivial issues and I took the opportunity to ask him:

“How is your health, Master Samael?”

“Look, Master, I want you to know that I recently had an astral experience in which I was shown a sculpture made of glass and in it there was an eagle devouring a serpent…”

“Well, well, brother, that explains everything! Because, I keep feeling terrible pains in my stomach, as if I was being pierced with a stick knife”, the Venerable added…

“Ufff, Master, that must be very painful!”

“Indeed, brother, indeed. But my conclusion is that that eagle is my Father and that serpent is me. All this is telling me that my Real Being is taking the best atoms from my physical body and from my inner bodies to take them with Him and that means I will lose this physical body.”

“Good heavens, Master, that would be for us, for the gnostic students, a tragedy, something very terrible!”…

“Well, that is the way it is, brother; I have to cooperate with the inevitable!”, the blessed Avatar ended up saying…

With this information, both the instructor who was with my person and your servant immediately went to Mexico City and came to the Patriarchal Headquarters –the home of M. Samael–.

Once there, I had the opportunity to approach the bedroom where our Guru was in his bed. He was getting worse. He had recently returned from a vacation that he had taken in a tourist spot in Mexico called ISLA MUJERES.

Since the health of the V.M. Samael was in a terrible condition, many companions had already tried to improve it, be it with teas from this or that kind of herb, be it with such-and-such infusions, etc., etc., and nothing seemed to have any effect. Seeing him in those conditions, I asked Master Samael for permission to massage his back, to which the Avatar agreed.

To my surprise, when I wanted to massage that back I came across a series of scars that were the width of a finger. They were scars that went from top to bottom. Massaging that back meant coming across those strange undulations. They were the scars that the physical father of our Patriarch had left him because of the lashes he had given him during childhood. Even so, I did what I could and the blessed Avatar appreciated those massages.

The curious thing about this very difficult situation was that Master Samael, despite being in such circumstances, was constantly in a good mood. In a given moment it occurred to me to remind him of his passage through Venezuela in those times when he was walking here, there and everywhere, with his priestess wife. Specifically, I asked him:

“Master, when you were in Venezuela did you hear a song called BARLOVENTO that is usually sung by the black population?”

“Of course, I remember it!” ─Master Samael emphasized, and to top it all off, he began to sing that song to me and he knew it all, absolutely all, by heart…!; my person was astounded… ─.

Esteemed readers, I add for you the song that the Master Samael recited for your servant. Here are the lyrics:

“You know what? I was wandering over there in Maracaibo. In those days there was a little train passing through a place they called Baralt Square. The rails on the ground must still be there in that place” ─which is true, dear reader─, and he added: “There was an infernal heat in that city! I remember perfectly well that even the asphalt melted and, as one walked, one left the imprint of his shoes on it, I remember it perfectly!”

While the Venerable One was narrating those voyages to your servant, I got a lump in my throat, I could not help it, esteemed reader. Then, in order to leave those sad experiences of our beloved Master, I opted for wanting to tell him a joke. My person was standing near one of the windows of the Patriarch’s room. From it you could see the street that passed in front of the house of the Blessed One. Then I said to the Venerable One:

“Look, Master, what you have to do is get out of bed, get up to this window and talk to a multitude of Gnostics that we will have previously gathered for you there on the street, in front of your house, and say, “Brothers, it’s time for you to know who I really am! I’m not Samael, look who I really am…” Then you take off a mask that we would have made for you in the shape of your current face and you say to everyone, “I am Adolf Hitler!” and you raise your right hand and greet them: “Heil Hitler, Heil Hitler, Heil Hitler…”. What do you think, Master?

The Venerable One, who had been following my words very closely and with his eyes wide open, exclaimed:

“WOW!! And everybody would run! There would be no one left, no one, no one; everyone would be scared away!” ─laughing out loud at the same time…

If I tell you all these things, friends, it is so that we have a complete vision of a spiritual giant that we have had among us, who KNEW HOW TO BEHAVE suitably at all times. When he dictated doctrine he was VERY SERIOUS, but in everyday life he was an endearing, humorous, nice person, etc., etc., etc.

When I finished those moments, I did so because Dr. L. then went up the stairs that led to the room of our beloved Master carrying in his hand the syringe that would inject MORPHINE into the body of the Avatar to alleviate the pain that afflicted him in the midst of that dreadful crisis…

Let me now leave you some sentences that are suitable to accompany this anecdote, let us see:

“One may smile and smile and be a villain.”
Shakespeare

“For God, suffer with patience in poverty, sickness, labors and affronts, and you will be rewarded”.
Saint Teresa

“We suffer more as we love more. The sum of possible grief for each soul is in proportion to its degree of perfection.”
Amiel

“Suffer the adversities so as to be temperate in happiness.”
Spanish Proverb

“MANY WORDS DO NOT INDICATE MUCH WISDOM”.
Tales of Miletus