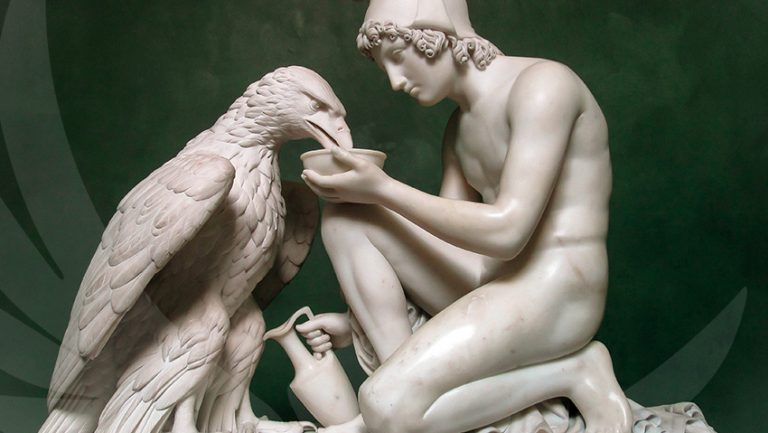 I am very pleased to write to you to let you know:

SOME IMPORTANT DETAILS ABOUT THE INNER PSYCHOLOGICAL WORK

Constantly, brothers and sisters, I receive letters from you in which you express your discouragement, sadness, uncertainty, defeatism about the WORK UPON YOURSELVES, and based on this I wanted to tell you the following:

What are the transference and the counter-transference that our blessed Patriarch tells us about?

In regards to the “I” it is necessary to always remember that the “I” never acts alone, it is always accompanied by other evil brothers and it is constantly looking for a way to go against our longings and defeat our psychological work. Hence, when we want to apply a strong discipline against certain “I’s” ─especially against spiritual laziness─, our intention is immediately known by a certain mob of psychic aggregates who see that their determination to keep us forever as their slaves is threatened. This has been the case for centuries and millennia, and because of this we have always remained with our CONSCIOUSNESS ASLEEP.

Although it may seem incredible to you, this mob of “I’s”, there in our psychological space, gathers in a kind of secret meeting to draw up a plan that stops our intentions to become disciplined and firm in our Secret Path. So, then, if our determination were, for example, to be disciplined in the time of complying with our practices, that would be our TRANSFERENCE. In this case, we want to transfer to our psyche a determination that we have made…, however, as everything in this world of relativity is dual, we should not be surprised at all that a certain mob of psychological aggregates react by sending us their COUNTER-TRANSFERENCE. What is this counter-transference? THE ANSWER: in an unbelievable way it will happen that, although it may seem incredible to us, every time we go to do our practices, if that were the case, they, the undesirable aggregates, will provoke states that make us desist from carrying out those practices in a disciplined manner; for example: the phone will ring from someone who wants to talk to us , they will claim that they have wanted to tell us this or that for a long time, etc., etc., the conversation will be prolonged and, when we have finished that telephone dialogue, time will have passed, we will feel tired, without the will to do our practices and an endless number of circumstances will be added until, finally, we will end up saying to ourselves: “Well, tomorrow I will do my practices!,” and it will happen again in that new tomorrow.

To achieve these ends, the “I” uses the energetic forces that it has stolen from us during many lifetimes and, to top it all off, since it is energetic, it will leave our occult anatomy, it will travel to where someone is and it will trigger a desire in that person to call us on the phone exactly when we want to enforce our disciplinary purpose. That is how strong the world of the “I” is, brothers and sisters!

This is what ends up producing defeatism in many brothers. For example, those who smoked before knowing Gnosis, when they proposed to eliminate the “I” of that wicked vice, they would go through HORRIBLE CRISIS, provoked not only by the ABSTENTION FROM SMOKING, but because precisely on the day they firmly decided NOT TO SMOKE AGAIN, precisely on that day a friend appeared on the street who “went straight to the point” told them: “How nice to meet you, how nice, because I was just going to your house to give you this pack of cigarettes, or a box of cigarettes…!” Is it a coincidence? You may wonder… IN REGARDS TO THE “I”, COINCIDENCE DOES NOT EXIST, BROTHERS, but the laws of recurrence and the profound ill-will that our inner Caiaphas holds do exist.

Although it may seem incredible to you, I am going to tell you something that I had experienced personally and about which Master Samael also speaks in his masterpiece “THE THREE MOUNTAINS” … Finding myself in the works corresponding to the second mountain, in one of the twelve Labors of Hercules, specifically in the seventh work, related to the famous BULL OF CRETE, on any given day, driving my car or vehicle, I stopped at a red light. While I was waiting for the green light to continue my journey, incredibly, two very beautiful ladies passed by, first one and then the other, and both, at that time, stuck out their tongues and licked their lips as they stared at me and winked at me… “But what is this?” I asked myself. I have never considered myself, ever, a person gifted with masculine beauty, and much less a gigolo, but when the green light came on, I quickly left that street, although those girls had stopped on the sidewalk waiting for an answer from me to the hinted/insinuated invitation…

I must emphasize that these situations were repeated in several different settings during that period of time covered by the aforementioned Herculean work. The height of all this was that, in addition to the physical temptations, then I had to face them in the internal worlds, and thanks to heaven, in those days I had the blessed help of our Divine Mother Kundalini, who, somehow, woke me up in the three-dimensional world so that I DID NOT FALL INTO TEMPTATION AND DID NOT LOSE MY WORK… When I woke up, I did not go back to sleep all night, I waited for daylight to try to regain those hours of biological sleep… But even so, all this was exhausting.

Obviously, this COUNTER-TRANSFERENCE will always accompany us on our pilgrimage, since it is a STRUGGLE WITHOUT MERCY between the BEING and its counterpart, the NON-BEING: ─the I, the Ego─. Knowing this, brothers and sisters, we have to fill ourselves with COURAGE and, through fasts, prayers to the Great Law, runic exercises, etc., etc., etc., to remember that we are risking none other than our SOUL…

On another issue, I now want to refer to what our Avatar wants to say when he tells us that the inner path is governed by the law of octaves, and he adds: “When we begin our work on ourselves we start from the [octave that begins with the] note DO ─the raw state─, we then go through other octaves : RE, MI, and when we want to reach the [octave of] note FA, then we will need a strong jump to continue with the other octaves of SOL, LA, SI, and so on whenever we want to continue our journey with another new octave that we must overcome”. What is all of this, brothers??

Well, simply, we are being told that it IS NOT EASY to maintain our WILL permanently due to the sabotage that the “I” constantly tries to create in our longings to live the path. Let us not forget that between each note that corresponds to our effort, UNEXPECTED RECURRENCES, STRANGE MOODS, DESPERATION, A FEELING OF ABANDONMENT ON THE PART OF OUR BEING will appear…, all of which is not true… It is there where we, URGENTLY, need to maintain our pace of work, not letting our spirits fall, not giving our weapons to the enemy ─the “I”─, because we will have to reconquer the grounds lost due to our retreat with more tears, more suffering and more effort, all of which is not favorable for any of us. The great martyrs, despite their unspeakable sufferings, did not bend their knees before the EVIL ONE and endured unspeakable things simply TO NOT BETRAY THE FATHER. Remember Joan of Arc, the great French heroine and great Initiate who, in an evil way, was accused of witchcraft and finally ended up being burned at the stake. Despite all her horrendous sufferings, she never renounced her vows to divinity.

It is about KEEPING THE RHYTHM OF OUR WORK, no matter what happens, so as not to drop one octave and be able to move on to a higher one. If we surrender to the secret enemy, we would never give our fight a new octave of triumph. Always, time after time, when reaching a certain octave, we allow our forces to falter and this is why we do not advance… Let us reflect on this carefully…!

In Gnosis, we have known many paladins who even managed to conquer the seven serpents of fire, but when they wanted to move on, TO GIVE ANOTHER HIGHER NOTE, they were betrayed by their own weaknesses ─the Egos─ and ended up abandoning the path or betraying our blessed Guru. It is unquestionable that these people allowed themselves to be deceived by a certain TENEBROSOUS MOB that they still had inside, they were reckless and, finally, they were brought down by a trick, a Machiavellian work that was launched against them from within… This is why, brothers and sisters, in the Secret Path, although it is painful to say it, WE CAN NEVER FORGET OURSELVES because we must remember that the secret enemy is made up of TEN THOUSAND AGGREGATES and this is why the PATIENCE OF A SAINT JOB is needed…, which is the reason why it is also said that THIS WORK IS ONLY FOR A FEW…

It is never my intention to discourage the devotees of the path of Hermes, on the contrary, I consider that AS THERE ARE NO LIES BETWEEN BROTHERS, it is necessary to know the truth, whatever the cost!

Many brothers and sisters have sworn before the HOLY ALTAR to dedicate their lives to the search for truth, to fight for the triumph of justice and to LOVE their brothers and their fellow beings; however, with the passing of time, sadly, we see that many of them are falling mortally wounded in their longings on the side of the path and those who continue on are observing their companions in battle turned into corpses and they have no choice but to continue alone in the battle until the end of it… This is the tragedy that surrounds the search for the Golden Fleece!!!

I end by giving you some sentences for reflection:

“Men fight, only God will give the victory!”
Joan of Arc

“The greatest victory over ourselves is not the greatest, but the first.”
Concepcion Arenal

“Enthusiasm is the salt of the soul.”
San Agustin

“Have hope in what you want and with that you endure what happens.”
Quevedo