VOPUS Gnosis > Articles > Where does the unwavering force of that which we call God come from? 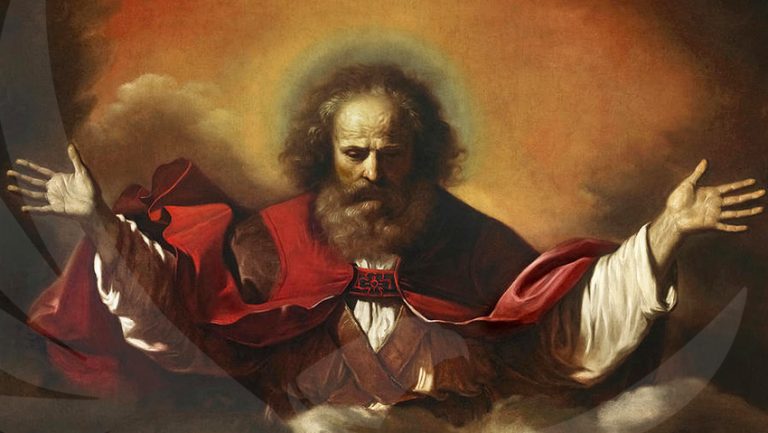 WHERE DOES THE UNWAVERING FORCE OF THAT WHICH WE CALL GOD COME FROM?

Gnostically speaking, we have always said that God is equivalent to Gods, since for us what we call God has never been an image of an old man sitting on a throne on the clouds sending lightnings and sparks on the human anthill. No. For those of us who study Gnosis, that which we call THEOMEGALOGOS is an infinite sum of SELF-REALIZED CONSCIOUSNESSES that since the beginning of the first Maha-Manvantara, which has been historically recognized ─a difficult thing, by the way─, has been feeding the homeland of origin from where they have emanated.

It is written that the BEING IS THE BEING AND THE REASON FOR BEING OF THE BEING IS TO BE SOUGHT FOR IN THE BEING HIMSELF, all this is very true. But we should not forget that our BEING is one of the millions of Monads that were expelled from the ABSOLUTE ABSTRACT SPACE to come, through the multidimensionality of space, to the three-dimensional world or physical world.

Every one of these Monads had as mission to use their ESSENCES to try to gather the greatest amount of KNOWLEDGE OF GOOD AND EVIL while these Essences were maneuvering through their cycles of 108 existences, as commented by Buddhism and the doctrine of the Transmigration of Souls by the Greek philosopher Pythagoras, which the beloved Avatar Krishna also advocated. Such Essences, if they had to INVOLUTE toward the infernal worlds or infra-dimensions, kept in their deep bosom the terrible cost of obtaining THE WISDOM OF EVIL in order to become strong and go beyond GOOD AND EVIL.

It is these fragments of knowledge of good and evil that give the Stone of Splendors its brilliance, its penetrating force and its power in itself. That is why it is said: “Before the Golden Fleece, columns of angels tremble, and also columns of demons.”

Later, when the BEING wanted it, those SELF-REALIZED ESSENCES were called to their original homeland and then entered the Absolute Abstract Space after eliminating the so-called TELEOGHINOORA TAPES or “MEMORY OF THE EGO”. There such self-realized Monads waited, after the Cosmic Night, for the advent of a NEW COSMIC DAY and asked the MOST SACRED AIN to return again to the COSMIC SCENARIO with the purpose of remaking their OWN STONE…

Then, in that new Maha-Manvantara, they acquired new teachings about GOOD AND EVIL, obviously enduring many VOLUNTARY SELF-SUFFERINGS AND CONSCIOUS SACRIFICES and, above all, surrendering to the SUPREME REDEEMER, the INTIMATE CHRIST or Salvator Salvandus…

The intimate Christ is in charge of making the souls endure their journey in the INITIATORY desert, and that is why he is the SAVIOR OF MEN. This clearly explains that, with good reason, when the apostles asked the Great Kabir: “When shall we see the Father of whom you speak to us so much?”, the Nazarene replied: “Whoever has seen the Son has seen the Father!!!” This is obvious, for it is the RESURRECTED Son who takes us with Him to the Abode of the Ancient of Days, the Kether of the Hebrew Kabbalah.

We should never forget that the intimate Christ is, deep down, there in our animic depths, the SAME PHILOSOPHER’S STONE that, for such a reason, has power to turn the lead of the personality into the PURE GOLD OF THE SPIRIT. Hence, depending on how many times an Adept has remade his Stone, whether once, twice, three times, or four times, all of this will have repercussions on the exaltation of the same INTIMATE CHRIST and, indirectly, on the omniscience of Kether. There are failed Monads, those who, although they came to cosmic manifestation through the use of their ANIMIC ESSENCES, were not sufficiently capable of stimulating that ESSENCE to become a worker of the GREAT WORK and who would, obediently,  perform as a servant to her Lord.

It is extremely important, illustrious reader, to COMPREHEND THIS DEEPLY, because this is why the INTELLIGENCE OF THE LORD OF ALL GLORY ─namely: the intimate Christ─ knows the exteriors of the exteriors and the interiors of the interiors, precisely because He is the great accumulator of all experiences, adventures and misfortunes lived by the animic Essence on the board of assigned existences…, this must remain very clear.

So, therefore, it is easy to infer that after the GREAT INNER WORK has been done three times, entering and leaving the Absolute Abstract Space each time that the PHILOSOPHER’S STONE was made, one then obtains, by the command of the Kether, the right to FUSE TOTALLY WITH THE VERY THEOMEGALOGOS and remain in the UNMANIFESTED AIN for ever and ever. At this point, one is already part of God Himself, we would say that GOD IS IN MAN AND MAN IS IN GOD, this is the drop that is integrated into the ocean and the ocean is contained in the drop… Mysteries and mysteries. This is the INCOMPREHENSIBLE MULTIPLE PERFECT UNITY that the failed religions stupidly called “Christian” refuse to recognize. This happens because those dead religions detached themselves from CHRISTIAN ESOTERISM and kept the skeleton of the Redeemer’s doctrine…

So, dear friends, this is the big question: from where does God get the perpetual will that keeps him as the Almighty in his kingdom? Answer: with all the knowledge acquired by the self-realized Monads that have already merged with Him, obviously He lacks nothing and has nothing in excess. It is there where that Gnostic exclamation is fitting: God is Gods!, and that is the same reason for defining God as two powers ─masculine and feminine─ when we call Him IOD-HE-VAU-HE, or, summarizing it even more, we would say IOD-HEVE.

All these affirmations that we pour out here, dear reader, are made with the only intention of COMPREHENDING our role before Creation and as a response to our BEING and his endeavors. There is a need to understand that wisdom is made up of pieces of good and pieces of evil, even though it may seem absolutely strange to us. To enter in these Gnostic concomitances, I send you some paragraphs of the great researcher Stephan Höeller, let’s see:

“The mystery of opposites is not a matter to be submitted to the discerning judgment of the human intellect. It could be said that it is not a problem for which a solution must be found, but a committed situation which must be overcome through Gnosis. For this reason, all the Gnostic systems of the third or the twentieth century show a psychological character. The psyche, unlike the philosophical reasoning, fights for the reconciliation of the opposites. However, this process, often paradoxical and even contradictory, reveals a transforming sense that ultimately realizes the quality of THE CONSCIOUSNESS.

The experience of the psyche ─which is the alchemical vessel in which all doves and serpents, Gods and devils, the fiery and the growing, combine again and again in a majestic and imposing dance of formations and transformations─ is the maker of sense, the creator of Truth.

The word used in ancient Christian sources to designate sin is the Greek word hamartia, and it is interesting to note that this term is derived from the art of archery and it means ‘to miss the mark’… The point of view of traditional Jewish and Christian teachings is that human beings are, by nature, extremely little spiritual archers, who constantly tend to miss the mark. Humanity suffers from anguish, disease, affliction and deprivation because the will of the Creator has prevented it from really hitting the center of the cosmic target [namely: the mechanism of the Law of Karma]. Therefore, all it can do is trust in a liberation from an external source, i.e., the savior mission of Jesus. God became man in order to save men, but man can never become God in order to save himself. And what separates the divine from the human is not only the lack of likeness, but the terrible burden of human sin….”

I conclude, kind reader, by adding in these lines those words found in a gospel labeled apocryphal and attributed to the apostle Thomas, regarded as the contender, let us see:

I give you now some sentences for reflection, here they are:

“You can’t see what you are, what you see is your shadow.”
Rabindranath Tagore

“We know what we are, but know not what we may be.”
Shakespeare

“The righteous man is never alone, because he always has God present.”
Quevedo