VOPUS Gnosis > Articles > What secret reasons does the Being have to help us die psychologically? 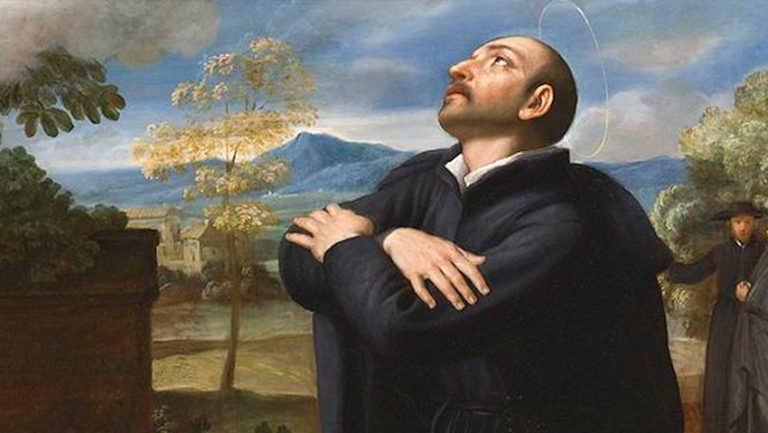 Allow me to send you some words that will give us comprehension about:

WHAT SECRET REASONS DOES THE BEING HAVE TO HELP US DIE PSYCHOLOGICALLY?

Dear reader, our doctrine often emphasizes to us the urgent need to annihilate our abominable animal Ego in order to get closer and closer to our BEING.

It is necessary to know that in our earthly existence we are, because of the “I’s”, with many people who´s souls are also prisoners of the psychic aggregates and with whom we have shared many events in past existences.

On one occasion, speaking with the Venerable Patriarch, he told us: “You have to know that the postman who delivers your letters to your homes, the man who pumps gasoline for you at the gas stations and even the butcher on the street corner, have been with all of you since ancient times. That is what constitutes the Samsara, understood?…”

Those words touched me deeply and made me enter into deep reflections. Because of this, I decided one day to ask the Avatar: So, if I eliminate my psychological aggregates, surely, I will lose many of my friends, is that right?

The answer: “That’s right, my dear brother, that’s right! The energetic ties that have kept you tied to them for many centuries are broken… You’ll see for yourself…!

Since my duty as a Gnostic instructor was none other than to go wherever I was appointed to give these sacred teachings, I went here, there and everywhere, etc., etc., etc. After several years of missions, I wanted to visit my family and, for this purpose, I went to see my brothers and sisters and my physical mother, whom I had not seen for some years.

Being in the place where I was born, I wanted to do an experiment. It consisted of going to a public square where there was a huge shopping mall that, normally, everyone visits, especially on weekends. So, I went there on a Saturday and sat down on a bench that was available to the visitors of that shopping mall. I went to the mall at around ten in the morning and I waited to see if any of the friends that your servant had before I went on my missions would appear. The hours began to pass and around noon I went to a small kiosk where it was possible to order a coffee. I remember having two coffees in a row and, after paying for them, I returned to my seat, to my bench that I had chosen to watch people pass by…

When it was seven o’clock in the evening and since none of my friends had shown up, I made the decision to return to my family’s house. A week later, I wanted to repeat the experiment, but this time I went to the university where I had met many friends who studied the same subjects as your servant. I was hoping to find one or more of those friends from the past. Likewise, I spent the entire day in that university and, when it started to get dark, I left that place and had not managed to find anyone, anyone, anyone from those times and who had been my friends.

In a third experiment, I chose to go to a cinema and even bought a ticket to watch a movie. I wanted to see if a friend would suddenly appear among the crowd that filled that room. As in the previous times, after watching the movie, I left the cinema and set out to sit on some benches in a nearby square. I spent the rest of that day waiting to find one of my friends from those times before I became an instructor, and the result was exactly the same: NO ONE appeared! NO ONE, NO ONE, NO ONE….!

Since your servant also had some telephone numbers of those old friends, I wanted to contact them by telephone many times and, mysteriously, the answer to my calls was a recorded message from the telephone company saying: “The telephone number you are calling DOES NOT EXIST”; that sentence was repeated incessantly. Obviously, all this indicated to me that it was useless to try to contact my old friends by that means.

Later in time, I went back to visit my relatives and repeated those experiments and, to my surprise, the result was the same. It was as if time had swallowed up all those souls who long ago had shared certain events typical of the horizontal life together with your servant. Those phenomena, frankly, reminded me of those sentences pronounced by our V.M. Samael Aun Weor.

Reflecting on all that I came to the conclusion, during a meditation, according to which I understood that by opting for the Vertical Path, we separate ourselves  energetically from the rest of the mortals who continue to walk on the Horizontal Path and, obviously, we are only left with the energetic contacts of those souls that have the same animic longings that we have. So, once we are on the Secret Path, or Hermetic Path, we will only meet with those souls who, like us, are trying to persevere in their journey toward the BEING to end up one day uniting with HIM indissolubly.

All this, patient reader, is of transcendental importance if we realize that our BEING wants to absorb us TOTALLY and devour our mental and psychic flesh so that He can then declare Himself as a SELF-REALIZED BEINGAs harsh as it sounds, that is the only purpose that He has pursued for millennia when He chose to send us to the stage of creation to fill us with experience through our returns and recurrences. However, when the time comes, the BEING intensifies its strength within our souls, if we cooperate with Him by dying in ourselves, with the purpose of, finally, taking us with Him to His kingdom.

It is obvious that, in order for the BEING to be able to snatch us away from the existential phenomenon, He needs that we are not linked to stupid and insipid recurrences nor karmas of  various kinds that could constitute an obstacle to our liberation….. And many of those pseudo-friendships that we have been collecting throughout our existences, have only served to fill us with karmas for having shared with them actions outside of the Great Law…..

Undoubtedly, these ruptures that the BEING is causing between us and our pseudo-friendships, in the long run produce within us a feeling of loneliness and a feeling of rejection toward life itself. This is inevitable, because one cannot serve two masters at the same time, that is to say:
“to the government and to the revolution” ─metaphorically speaking─; this is what the Great Kabir Jesus of Nazareth said.

What is the moral that we can draw from this phenomenon? The answer: we need to be psychologically defined within ourselves. WE CANNOT OR MUST NOT BE AMBIGUOUS in the Hermetic Path, because only by wanting, at all times, to destroy our dark energetic enemies ─namely: the “I” and its legions─, will we get to know the various parts of our Real Being and these are the forces that will accompany us until the end of our journey.

Here comes into play the famous saying  of the eminent philosopher William Shakespeare: “TO BE OR NOT TO BE, THAT IS THE QUESTION!”

I leave you now, dear friends, these sentences for your reflection:

“No one professes true and pure friendship, but he who speaks the truth and advises well.”
Simon Bolivar

“No one lacks strength, what a great many lack is will.”
Victor Hugo

“Whatever is not in the liking of the will, it will always bypass the understanding.”
Quevedo

MAY THE BLESSED FORCES OF THE THEOMEGALOGOS FILL YOUR SOULS WITH LIGHT.