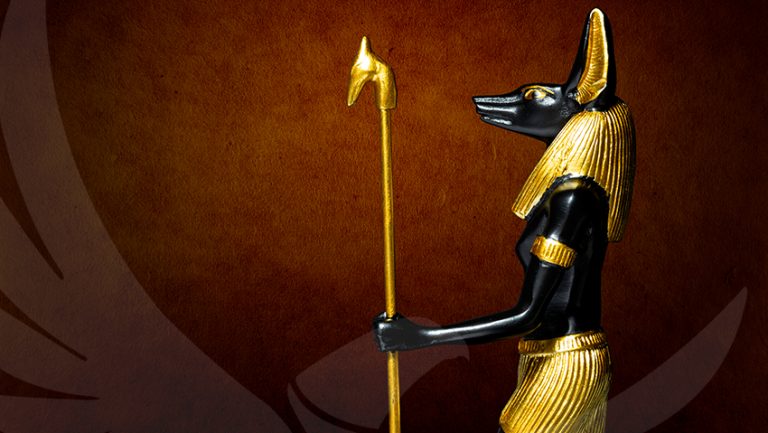 I am very pleased to write to you to talk about:

ON WHAT BASIS DOES THE GREAT LAW PUNISH US?

The sacred teachings of our Patriarch, the V.M. Samael Aun Weor, emphasize in many of his works that the Great Law of Karma bases its desiderata on three aspects of mathematics, namely: WEIGHT, NUMBER AND MEASURE.

Undoubtedly, for many companions of the path this could sound like “Chinese” if we did not try to explain it doctrinally.

The Superior Law, when it speaks of number, weight and measure, it refers to the number of faults committed, the measure of our faults and the weight of our faults from the ethical point of view…

For the Great Law, things are not seen from the moral point of view, because morality is a child of time and distance. What would be moral in one place may be immoral in another, what was moral in one epoch may have become immoral in another, but ethics depends on the BEING and not on the opinions of humanoids or time. So, the BEING is above morality.

Also, we have to know that those who judge mankind are BEINGS that form the circle of forty-two Judges of Karma, commanded by the divine Archon ANUBIS…

In this same order of ideas, we have to remember our inner KAOM, the Karma police that every one of us carries within, as one of the self-conscious and autonomous parts of our sacred BEING.

Having said all this, we need to know that both our own Kaom and the divine Archons of Destiny ─namely: the forty-two Judges of Karma─ are connected permanently throughout our life or existence and during the whole Maha-Manvantara. Likewise, we cannot forget that every event, no matter how small, is registered in the Cosmic Consciousness, and the Akashic Records become part of that Cosmic Consciousness, in which the very history of our humanity is engraved…

So, therefore, when we break the Law of Universal Balance, intimately linked to the ethics of the BEING, our transgression is immediately picked up by the Cosmic Consciousness and, automatically, by the Consciousness of the Lords of Karma, and both they and the personal Kaom denounce before the supreme court the crime occurred, or the crimes occurred, and that information is immediately stored in the files of the holy court.

This is the reason why we, the devotees of the Secret Path, can go before the Palace of Karma and request before it that we be allowed to know the BOOK OF OUR LIFE. In this book, with astonishment, you will observe that its pages are full of thousands, thousands and thousands of photos that show how we have acted in all the moments of our pilgrimage on this world.

Based on this we can negotiate with the Archons of Destiny, because karma is negotiable as long as it is not a KARMADURO…

Now you will understand why karma can be applied immediately to a person or be kept in the karmic archives to be claimed later at the end of our existence or even in other existences. This is where MERCY comes into play alongside with JUSTICE.

The one who writes these lines had the opportunity to go to the Temple of the Great Law and ask the karma archivists to show me THE BOOK OF MY LIFE. To my amazement, there, on the pages of that voluminous book, were the photographs of everything that had happened to me from my early childhood years to my present days. There were even the letters that your servant had sent to the Divine Justice requesting favors from it. The archivist himself told me at one point, as he flipped through the pages of that book, the following: “We like to receive your letters, because you have always fulfilled what you have promised to do in return.” This last remark had made a great impression on me…

So, beloved readers, knowing that the Consciousness of the sacred Judges of the Law and the superlative part of our BEING that we call Kaom are interconnected with the Cosmic Consciousness, we can easily infer that when they want to judge us they have many resources to determine:

A.    How many faults we have committed ─the Law of Number─.

B.    To what extent have we committed that fault ─the Law of Measure─.

C.    What weight does this fault have ─the Law of Weight─.

This is how, esteemed reader, the Law of Destiny or the Law of Karma, also called the Law of Cause and Effect, works.

The Law of Karma is not a blind, absurd, vengeful or foolish law. None of that. The law is always open to any type of negotiations, whether they are negotiations that our Divine Mother wants to make with the agents of the Great Law to help us, or whether they are negotiations of our intimate Christ so that doors may be opened to us in our pilgrimage. Even our blessed Guru negotiates before the Lions of the Law so that we may be allowed to continue our initiatory journey. Of the latter, I give direct testimony because I have verified it thoroughly.

Likewise, you will now understand why a committed fault, if not performed repeatedly, is mitigated by other positive works that play in our favor before the Great Law. In the same way, a negative action committed by us will be judged according to its weight in the great scale of destiny. When the weight of a fault is SERIOUS, that is, VERY HEAVY, then the Agents of Karma will classify it as KARMADURO, non-negotiable. But if a mistake we have committed is not qualified as KARMADURO, then it can be forgiven if other behaviors of ours have been exemplary in favor of our fellow man and before the light of the Consciousness.

This also explains why a character called Pancho Villa, considered by some historians as a simple bandit, had fifty percent of his psychic aggregates removed, taking into account the many sacrifices this character made for many others like him during his existence.

So, kind reader, we have already talked about the number of faults and the weight of our errors. Now it is also good that we know about the measure of our faults…

Many times, our mistakes, because of our unconsciousness, have been caused by external circumstances with which we have identified. Every time we identify ourselves, we already know that certain “I” push us to fall into error and this leads us to unbalance the Law of Universal Harmony… All this translates into more accumulated karmas against ourselves. However, the Great Law, before issuing a final verdict on us and our behavior, takes into account the degree of unconsciousness we have and the circumstances surrounding it. In this case, our error will be measured mathematically to establish to what extent everything is our fault or whether there are other factors that need to be determined. Example: in a war between countries or in a world war, there is a part of our responsibility in our actions, but there is another part that is measured by the impositions that the governments of the world determine on people, such as compulsory military service, which pushes soldiers to the battlefields to massacre each other. This has to be understood very well.

Besides all this, dear friends, it is also good to know that, according to the weight and number of our crimes, the karmas that will be applied to us will vary. This means that if we have been mistreating our fellow men for ten years, for example, then, if there are no mitigating factors in our favor, the karma that will be applied to us could last for twenty years. On the other hand, if the damage we have inflicted on a person left him paralyzed for the rest of his life, in the next existence, when the karma corresponding to that action in the past is applied to us, we will begin at a certain moment of this new existence to be paralyzed from a part of our organism until the hour of our physical death, just as it happened to that person whom we had cruelly mistreated until he died.

So, only the self-observation of our thoughts, words and deeds can stop the egoic machinery that keeps producing karmic acts, some worse than others. But in the background of all this, the serious thing is that these acts or feelings, words or thoughts, are the malevolent energies that keep us tied to the Wheel of Fortunes or the Wheel of Samsara…..

Finally, dear reader, only the awakening of our Consciousness and our conscious sacrifices for our fellow men can alter our destiny. And the work on ourselves, through the Three Factors of the Revolution of the Consciousness, is the only thing capable of allowing us to escape from the Wheel of Samsara… let us never forget it.

I leave you now some sentences for reflection.

“God imprints in his chosen ones the living image of the life of Christ.”
Friar Juan de Lapuente

“Swear not but with truth, with necessity and justice, looking prudently at why you swear and what you swear, and you will be considered true.”
Saint Teresa of Jesus

“By nature, it is just that which always has the same validity everywhere and not because it pleases someone.”
Aristotle

IVSTITIA EST CONSTANTS ET PERPETVA VOLUNTAS IUUS SUUM QUIQUE TRIBUERE.
─ ‘Justice consists of the constant and perpetual will to give each one his own.’─
KWEN KHAN KHU