VOPUS Gnosis > Articles > Why are many people having existential conflicts and doubt in gnosis? 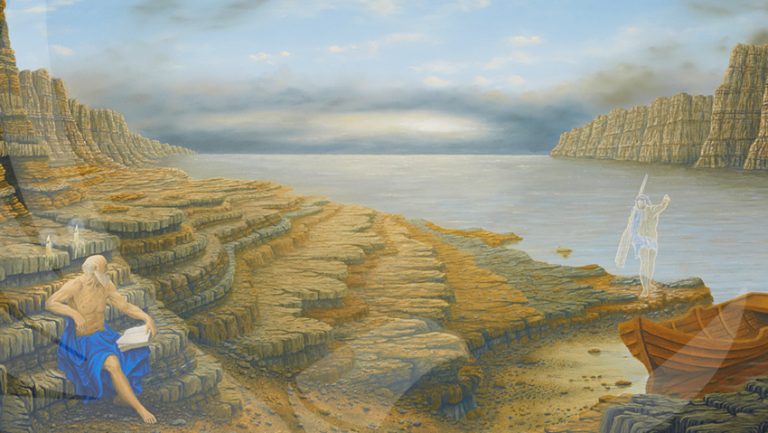 Why are many people having existential conflicts and doubt in gnosis?

I want to send you a message that I hope will really help you to comprehend:

WHY ARE MANY PEOPLE HAVING EXISTENTIAL CONFLICTS AND DOUBT IN GNOSIS?

Dear reader, we have always reaffirmed and explained, following the words of our Avatar ─V.M. Samael─, that the journey towards the encounter with our Father or REAL BEING is frightfully arduous, arid, full of dark storm clouds and full of constant dangers inside and outside. Despite repeating this, over and over again, we have people who are experiencing emotional and psychological crises, in other words existential crises, and even want to choose to abandon Gnosis and join other “masters” or schools of mysteries. Master Samael tells us that such types of people are not yet mature for our studies and many times it is better that they go to those pseudo-esoteric schools so that, little by little, they can gain some faith.

Unquestionably, Gnosis respects the FREE WILL of its students, whether or not they are instructors, because precisely Gnosticism is against all dogmas and against keeping people adhered to its teachings based on FEARS. This is very clear.

However, in the midst of this phenomenon, it is well worth asking ourselves: what have I done throughout my life before I knew Gnosticism? How many times have I fornicated in this existence and in previous existences? Have I perhaps rejected Divinity in other existences? Have I been a person characterized by patience? Am I self-sacrificing in the face of the inclemency provoked by the Agents of Karma? Do I, perhaps, remember the unspeakable sufferings of the Great Kabir Aberamentho during his calvary? Has any Master made himself overnight? Did Master Samael have to fight day after day until he reached the culmination of his Mastery?, etc., etc., etc.

These aforementioned questions must be a reason for reflection, esteemed reader. The Avatar says it well: “On this path nothing is taken for granted, everything costs terrible sacrifices, suffering and a great deal of patience…”

We must know that fornication or the general loss of our seed produces spiritual scarcity and creates a frighteningly cold atmosphere at the energetic level for us, which is why it is very easy for the “I” to assault us whether emotionally, intellectually, sexually or instinctively. There is no ENERGETIC SHIELD in today’s human creature to protect him from the emanations of AHRIMAN ─the Anti-Christ that every human being carries within─ and therefore every devotee feels a VERY STRONG RESISTANCE from something that opposes his purposes of wanting to redeem himself. This must be understood.

On one occasion, approximately thirty years ago, in an astral experience, an Adept of the White Brotherhood approached me to say: ”Listen well to me, do not complain about not having clairvoyant perceptions, transcendental mystical experiences, exceptional faculties, etc., etc., etc., because everything comes in its time. You should know that your psychic apparatus ─and he showed me a reflex camera─ is atrophied due to the Dry Mercury and that is why you have those problems ─and then he showed me many white mushrooms attached to that camera around its lens─. With patience and perseverance one day this Dry Mercury will disappear from your psyche and then you can have the perceptions you long for….”

I never forgot that experience with that Adept and since then I resolved to work, work, work on myself without expecting anything in return, without waiting for the fruit of those and works. Keep in mind that at that time of my life yours truly was single and I never resorted to masturbation ─which I saw as something very unpleasant and disgusting─ nor to visit prostitutes, and much less wanting to fornicate with girls I was meeting, because just thinking about it my heart began to palpitate unexpectedly without being able to control it, all of which caused me a state of depression and sadness, despite the fact that everything calmed down when I forgot about those thoughts…

So, esteemed reader, even though in this existence we have not known fornication, it is obvious that in other existences we have practiced it and, in my personal case, I can tell you that I only lacked the championship cup of fornication, because I conceived existence as a sports field where the only thing that mattered is: TO FORNICATE…

However, to all this dreadful panorama we must add the brain damage caused by the studies of the famous “universities,” which destroy some subtle connections in our nervous system that allow us to access super-sensitive phenomena, with which we become robots that only serve to work, eat, sleep and fornicate. That is the program that the Anti-Christ has created to drag souls into his kingdom and make them forget and hate everything that smells divine. This is the harsh reality of today’s much vaunted education!…

The worst of it all is in relation to the Law of Recurrence that keeps souls imprisoned in the cursed Wheel of Samsara. This causes situations like this: if in one life we have known the mysteries and we liked them but a lustful “I” accompanied by a girl, who also likes lust, for example, crossed our path, then we will have abandoned our spiritual purpose and we will have exchanged our birthright for a plate of lentils. This is how weak we are… This same situation will have been repeated in successive existences with some substantial changes, because perhaps we will have abandoned the path again but in this other case because we have been offered a super-job with a great salary and, engulfed by the money, we will have turned our back on the Eternal, etc., etc., etc.

Master Samael told me that in one of my existences in ancient Egypt, when I was very close to achieving the Self-Realization of my Real Being, I abandoned the mysteries, I abandoned my brothers from the temple and I moved away from them because an “I” OF ATTACHMENT towards my physical mother created SENTIMENTALISM within me when I saw her that she had been left alone, since my physical father had already died before and now the only sister I had then had just died. THE CONCLUSION: again the Anti-Christ got away with it and I lost my physical body years later without being able to finish the path. Do you understand now why Master Sivananda says that this path is full of dangers inside and out? Do you understand it and do you comprehend it? Because if you are only reading it intellectually, then what I have written in these lines IS OF NO USE WHATSOEVER… That was the reason why Master Samael, when he was still physically with us, gave me the order NOT TO WRITE OR CALL MY PHYSICAL MOTHER FOR TWO YEARS ─She was the same physical mother that I had in ancient Egypt and she was very attached to yours truly─.

Unquestionably, I fulfilled that order of the Avatar to the T, but my friends wrote to me saying things like these: “You are slowly killing your mother! They recently had to admit her to a hospital! What kind of a son are you? And on top of it you think you are a Gnostic! Where is your love for your mother?”, etc., etc., etc. It is obvious that all this produced terrible moral pains for me, but I always said to myself: “If Master Samael has asked me to do this, it is for my own good, there must be something here that one day he will explain to me.” Indeed, after those two years, the Venerable Patriarch gave me permission to visit my mother and, to my amazement, my mother treated me like a son but without the emotional states that previously seized her. The unhealthy recurrence was broken…

If I tell you all these things, dear friends, it is for the sole purpose of indicating to you TO NOT LET YOURSELVES BE TRAPPED BY THE TRICKERY OF THE MIND AND ITS LORD: THE ANTI-CHRIST…

If there is something to which we must cling when the mind assaults us with thoughts of atheism or with doubts about our Avatar and his doctrine, that something is called PERSEVERANCE and that perseverance must be accompanied by PATIENCE combined, also to the prayer to our REAL BEING.

Everyone is free to accept or not accept our Avatar as a true Master of the White Brotherhood. We will never impose our Master on the blind crowds and fanatics of materialism, because this would be a total LOSS OF TIME. I just want to remind you that rarely in the history of the humanities does a sacred individual of the stature of Master Samael appear. I can swear that before God and on my knees! It would be very long, very long, to comment the thousands and thousands of proofs that the Patriarch gave me as part of his wisdom and OMNISCIENCE.

You can read the entire range of Masters who, from previous centuries to the present century, have spoken of the Secret Path or the need to incarnate the Father. You can do it! But I can assure you that none of those Masters will speak to you so conclusively about the need to ELIMINATE THE “I” IN DEPTH and neither will they speak to you about the keys like the ARCANUM A.Z.F., to fortify your souls. Hence, if it is true that before reaching our Father, just like the esotericism says it well, we need the guidance of the Guru, then why do we hate our Guide or Guru? Why do we want to compare him with other pseudo-masters who never showed us the map of the path like Master Samael has done? It is also true that once we reach the BEING then we depend on Him, but a true grateful devotee will never forget who guide his steps towards the GREAT LIGHT ─namely: the BEING─. Because a true Master never ends up being AN UNGRATEFUL ONE. We leave that to the stunned multitudes, locked up in their own stupidities that they consider very important.

An instructor can be considered very devout because he does many practices and does them with discipline every day, but if we do those practices only with the intention of receiving results that are transformed into phenomena that engulf us, we will be in the hands of PHENOMENOLOGY AND NOT OF LOVE FOR THE BEING. In this there is wisdom, may he who has understanding understand and he who has ears hear!!!!

I hope I have reached your hearts, esteemed friends.

I quote some phrases for your reflection:

“The easiest person to cheat and betray is oneself.”
Lyttono

“Remember to keep your mind calm in serious events.”
Horacio

“Not being able to do much, but suffering, is true strength.”
Antonio Lopez de la Vega