VOPUS Gnosis > Articles > The gnostic message and its true interpretation 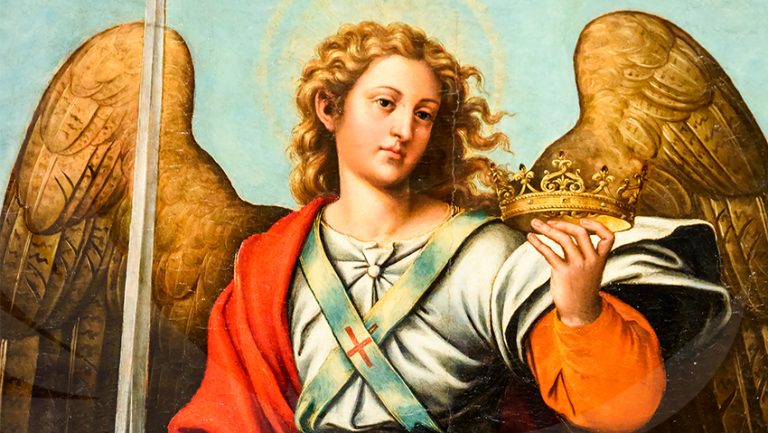 I send you this exordium that I consider indispensable for all in these crucial moments of our humanity. It is entitled:

THE GNOSTIC MESSAGE AND ITS TRUE INTERPRETATION

Thousands of times, millions of times, we are asking ourselves: why are my prayers not heard? Why are my questions not answered? Why am I not given indications? Etc., etc., etc.

It could be said that this is the PSYCHOLOGICAL SONG of all of us who want to live the Secret Path… And the answer is only one: all the answers we long for are inside the different parts that make up our BEING. Unfortunately, those divine parts of our own Monad do not reach us because our Consciousness is BOTTLED UP, CRAMMED, BURIED in our abominable psychological aggregates. In these conditions, even if we pray a thousand times to our BEING or to the divinities in general, even so we will continue to be in darkness, because given the existence of the psychological aberrations that we carry, it is impossible for us to receive messages from the superior worlds.

As long as we continue to carry our mechanical antipathies, our arrogance, our pride of various types, our vanity, our self-esteem, our self-love, our contempt toward our companions and fellow men in general, our verbal reactions, our insults toward our Gnostic or non-Gnostic fellow men, THAT IS TO SAY, OUR CALAMITIES, obviously the light will never lit in our Consciousness, and we will continue to be inhabitants of darkness.

All of us, dear reader, have to UNDERSTAND ─not intellectually but with the heart─ that THE RADICAL CHANGE in our psyche is ULTRA-NECESSARY in order to be able to experience the SELF-GNOSIS. Without VOLUNTARY SUFFERINGS, without CONSCIOUSLY MADE SACRIFICES, nothing, nothing, nothing will blossom in our psychology, and we will have to resign ourselves to being CHATTY PARROTS of a sacred teaching that we understand intellectually but we HAVE NOT COME TO COMPREHEND IT with the SUPERIOR EMOTIONAL and SUPERIOR INTELLECTUAL centers.

Both centers, nowadays, are paralyzed, frozen in our occult anatomy, by the so-called FORCE OF ENTROPY. The lunar cold immobilizes our longings, our spiritual interests, with the unhealthy habit of wanting to solve all problems of our life by using only our stupid mind.

We need to fight THE LUNAR COLD AND THE ENTROPY with MEDITATION, with mantralization, with the runic exercises, prayer, fasting and by avoiding our mechanical reactions. As our Avatar states, the intellectual humanoid likes tremendously to REACT all the time: if we are insulted we insult, if we are hurt we harm, if we are criticized we criticize, if we are despised we despise, if we are ignored we ignore, if we are cursed we curse, if we are blasphemed we blaspheme, and so on in a long chain that seems never-ending; with that we spend the days of our existence. Until the day comes when we face DEATH and then we ask ourselves: “What has become of me in all these years that I knew the Gnostic teachings? What has died in me? What fruit did I manage to extract from Alchemy? What degree of death did I manage to reach? How much did I increase my percentage of Consciousness? Did I manage to awaken the Sacred Fire? Did I manage to know which is the will of my Father? Did I manage to remember my past lives in order to extract interesting lessons for my life? etc., etc., etc.” Regrettably, in those moments, our last breath before leaving our physical body will be accompanied by tears, because we will have discovered that the EGO has mocked us again and manipulated our entire existence so that we would never take seriously the Intimate Self-Realization…..

The popular proverb says: “Even the saints lament the lost time…”, and THIS IS A GREAT TRUTH, dear reader.

I want to tell you that when my inner Divine Mother wanted to make my Sacred Fires ascend through the spinal cord of my MENTAL BODY, I discovered that the ascent was impossible to achieve, because MY MIND, used to always look for arguments for everything ─as I had studied law─, was preventing me from reaching the longed-for goal… When I discovered that my mind was very fast and was drawing its ─erroneous– conclusions, making me believe that I was right and thus always justifying my mistakes, then I had no other choice but to BITE MY TONGUE, RELAX AND MEDITATE MORE DEEPLY on my thoughts and feelings. This was the only way I could discover the killer of our longings.

With just reason H. P. Blavatsky affirmed: “If the mind is the killer of our longings, we must KILL the killer!!!!!”

Undoubtedly, when I wanted to go against my mechanical way of thinking and feeling, my demons of SELF-SUFFICIENCY, SELF-LOVE, SELF-CONSIDERATION, VANITY, SELF-PRAISE, etc., etc., etc., turned against me, and then I went through enormous moral crises that I was able to bear with the help of prayer to our Divine Mother Kundalini and with the fasting of word and food.

If we are not clear that we have before us a FIGHT TO THE DEATH against the animal Ego, and that it does not ignore that it NEEDS TO USE HIS MALEVOLENT FORCES in order to keep us at its service, then it is obvious that we will be easily defeated by our ten thousand enemies that we carry within.

This is what is not clear to MANY COMPANIONS, and that is the secret reason why some self-realized Masters have affirmed that the path that will take us to the bosom of the FATHER is only understandable by a few!!!! That is the harsh reality.

Master Samael called Lobsang Rampa the martyr of the 20th century, as he had an existence surrounded by shortages and adversities from the beginning of his mystical career until the end of his days.

When he showed up at the gates of the monastery in Lhasa, he had to wait three months sitting in the lotus position waiting to be taken in. When the doors of the monastery opened to him, he was assigned the task of cleaning the floor of the Monastery on his knees, a task in which he spent a year without any right to pray with the lamas or to take part in the meditations or mantralization. After that year, he was assigned to help the cook of the monastery in his work, a task that he performed for two years, equally without being able to participate in prayers or meditations. After three years, he was finally assigned a superior lama who began to teach him the sutras of Tibetan Buddhism… After a long time as a beginner, he finally came to be considered a lama in the service of the then Dalai Lama, and began his very hard career in his attempts to deliver the sacred Buddhist teachings in the West.

It is necessary to mention that he had to flee from the Chinese communist hordes invading Tibet… Likewise, he had to change his physical body, as his original vehicle had suffered too much, and to fulfill his mission he needed another body that was more fit. It was then when there was an exchange of bodies authorized by the Great Law, and as there was an Englishman who wanted to commit suicide, it was decided to disembody the soul of that Englishman, and Lobsang Rampa was allowed to occupy the vehicle of the suicided person… Quite an odyssey…!

That was a soul with GREAT LONGINGS OF SACRIFICING HIMSELF FOR HUMANITY!!!

That was an authentic example of LOVE TOWARD THE FATHER…

This type of souls become enemies of themselves to impede the EGO from manifesting itself and only to allow the BEING to fulfill his mission.

These are facts, patient reader, and before the facts we must give in! Here it was not about THEORIES, NOR SUPPOSITIONS, NOR PIETISTIC POSES, IT WAS NOT ABOUT ILLUSIONS OR FANTASIES, none of that; this man COMPREHENDED HOW GREAT AND MAGNIFICENT THE BEING IS and prepared to incarnate it until he achieved it, going beyond all things…

We need to be DARING, dear friends; without boldness, without courage, it is impossible to kiss the sandals of our PROFOUND INNER BEING…

I leave you now some sentences to reflect upon:

“A man incapable of admiring is like a pair of glasses behind which there are no eyes.”
Carlyle

“Proud haughtiness is a talent of the lowly souls.”
Matanegui

“The consciousness of the upright man laughs at the deceits of fame.”
Ovid

“Reflection is the eye of the soul.”
J. B. Bossuet

MAY THE ETERNAL BLESSINGS OF THE INNER FATHER-MOTHER BE WITH ALL OF YOU!