VOPUS Gnosis > Articles > The consequences of awakening our Consciousness 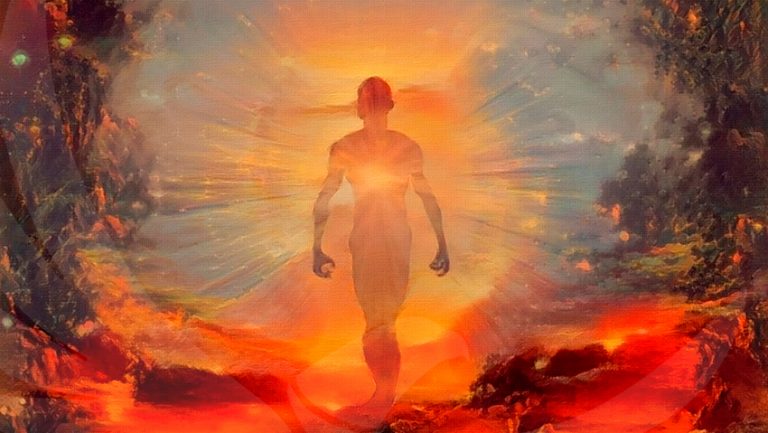 Considering that it is important to increase more and more our understanding of the hermetic path that Gnosis shows us, I write to you about:

THE CONSEQUENCES OF AWAKENING OUR CONSCIOUSNESS

It has already been said by our Avatar, V.M. Samael Aun Weor: “The objective of our Gnostic studies is only one: to awaken our Consciousness…..”

Likewise, we all know that the Consciousness is the only psychic instrument capable of helping us to find the meaning of our existence… The Consciousness is an energy that lies buried, chained and stunned, like a maiden that has been waiting for centuries to be set free by a brave knight who dares to confront all the evil forces that have been conjured up against her.

When it starts freeing itself of its ties, when its enemies start being defeated amid bloody fights that have even been brought into the literature by great Initiates knowledgeable of this topic, then we say that transcendental, unsuspected changes start to operate within the devotee, leading him to perceive Nature, the cosmos and life itself from an extraordinary, wonderful and unprecedented perspective, etc., etc., etc.

Perceptions of the visible and invisible world grasped by the Initiate, lead him to comprehend deeply that everything he lived until that moment were, in fact, fantasies, suppositions, hypotheses, etc., etc., about life and about death.

The mere fact of experiencing other dimensions directly by means of astral travel or experiencing the Jinn states, constitutes a shock for the psyche of the [Initiate], and this already clearly proves to him that our three-dimensional physical envelop is temporary, passing, illusory, and what is really true, real and eternal are the vestments of the soul ─read: the atomic vehicles obtained through the transmutation of the Mercury of the sages─…

On the other hand, parallel to that very fact the occult faculties of the soul ─read: the chakras─ are showing the intrepid traveler of the Hermetic Path other grandiose realities that make him see that ABSOLUTELY EVERYTHING THAT SURROUNDS HIM is animated, endowed with anima or soul ─read: animals, minerals, plants, the air he breathes, the fire that sparks, the water flowing through the rivers, lakes, seas and oceans, etc., etc., etc.─. It is then when the devotee discovers the Kingdom of the Elementals of Nature and, what is even better, he begins to be able to make contact with them, to speak to them in order to seek opportune favors from those innocent creatures. All this moves the emotional, psychical and animic life of the lover of hermeticism, and thus prepares him to adapt to the demands of his Real Being, which will be more and more.

So, we must know that the greater the Consciousness, the greater the responsibilities acquired by the Adepts: responsibilities before the Great Law and before the Father who is in secret. If previously the Initiate did not feel remorse for the collective death of many little brothers ─read: plant and animal elementals─ during the propagation of a fierce fire devastating everything, now, when he has to contemplate this tragedy, he will feel a HUGE WEIGHT in his heart and a GREAT IMPOTENCE upon not being able to put an end to the imbecilities of the intellectual humanoid.

The same will happen to this pilgrim of the Hermetic Path, esteemed reader, when he comprehends more and more the interplay of the pair of opposites of Nature ─read: man and woman─. Then he will never again feel that the woman is an instrument to satisfy his animaloid desires. And conversely: if she were a lady, she would also never want to be the fatal seductress who likes to surround herself with the swamp of fornication. In this, there are levels and levels…

Two options are opening up to any man or woman who is entering the mysteries of fire: they either feel inclined to want to self-realize in order to escape from a Kali-Yuga like this one, which will turn them into a Buddha Pratyeka or Sravaka; or perhaps a terrible superior feeling of COMPASSION is awakened in them, for all those who suffer without knowing why they suffer and are prisoners of their ten thousand undesirable aggregates ─read: the “I’s”─. In this second case, the man or woman Adept becomes a Bodhisattva of Compassion, and starts being part of the Guardian Wall that tries to help this or other humanities that find themselves in a chaotic state…

The latter are the so-called BROTHERS OF SERVICE, who are always ready to sacrifice their personal spiritual aspirations for the sake of wanting to push their brothers toward liberation. Usually, these BROTHERS OF SERVICE are few, they have never been nor will they ever be many, because normally, although it may seem strange, many Adepts only want to reach certain spiritual degrees to then escape from the cosmic scenario. Not all Monads feel the twinge coming from the Theomegalogos, which impels them to want to CONTINUE SACRIFICING THEMSELVES FOR OTHER HUMANITIES and even in OTHER SOLAR SYSTEMS.

Therefore, for these ELDER BROTHERS, it is necessary to inject them the strength of the four Kayas, namely: the Nirmanakaya, the Sambhogakaya, the Adikaya and the Dharmakaya, atomic vehicles that reinforce them in their longings and in their charitable efforts toward their fellow men.

It is very interesting, patient reader, that as our Consciousness awakens, we will immediately begin to feel one of the two options that I have talked about in the previous lines. Profound psychological self-observation will reveal to us which side we start to belong to, whether we like it or not. That will be our characteristic as long as we remain in the present Maha-Manvantara…

This is the reason why those beings who have defeated death ─read: the Samsara─ are always there, in the superior worlds, listening to our prayers in order to give us information about our various requirements. There are those SACRED INDIVIDUALS such as V.M. Aberamentho, V.M. Morya, the blessed Master Kuthumi, the most holy Hermes Trismegistus, the adorable Angel Adonai, the sublime Paracelsus, the ineffable Fulcanelli, the sacred Master Serapis, the venerable Quetzalcoatl, the majestic Kukulkan, our beloved Patriarch Samael Aun Weor, etc., etc., etc.

Needless to say, dear friends, that all these beings that renounce the Absolute out of love for humanities are BROTHERS OF THE DRY PATH or DIRECT PATH, we shall never find them among the lovers of the HUMID PATH, this is inexorable…

This is what led our blessed Guru, V.M. Samael, to pronounce these sentences:

“I am your brother, your friend, who truly loves you.”

“I have descended from the superior worlds only to help you.”

“It takes you no effort to invoke me, to call me.”

“I will always be with you, let the centuries hear it, let the ages hear it…”

Such sentences speak for themselves, dear reader.

Allow me now to leave you some sentences for your reflection:

“Thoughts are rolled up tapestries; reflection unwraps them and exposes them to the public.”
Themistocles

“Remorse is the only pain of the soul that neither reflection nor time can alleviate.”
Madame de Staël

“Our physical life, our social life, customs, habits, worldly knowledge, philosophy, religion, and even the little casual knowledge, are proclaiming to us: we must renounce!”
Goethe

“While there is only doubt about the success of a dangerous thing, while there remains a possibility of a favorable outcome, do not falter, think only in enduring.”
Schopenhauer