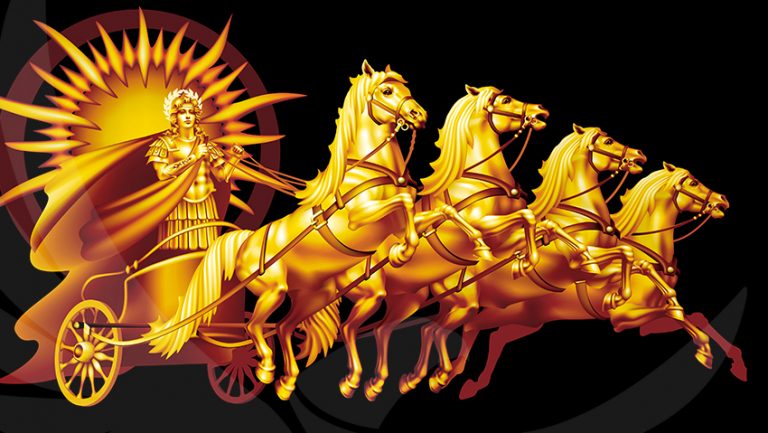 I am addressing you in order to send you some answers dictated by V.M. Samael Aun Weor to the Abraxas International magazine. These answers correspond to No. 43 of that magazine, which covered the months of January, February and March of 1975.

Here is the interview which was conducted by Mr. Fernando Villa Uribe and it deals with the following:

“Disciple: Is it true that the Sun is inhabited?

Master: It is true. Human beings like us inhabit the Sun. Physically they are very similar. But the great difference lies in the fact that the inhabitants of the Sun are perfect.

Master: Yes, they have managed to destroy the Egos or psychological aggregates. They are beings that have finished with their defects and that is why they are perfect.

Disciple: How can you talk so naturally about them?

Master: We, occultists, have wonderful instruments for investigating the Superior Worlds. The astral body ─Eidolon─ enables us to travel to other worlds. Astrally, I have traveled many times to the Sun. That is why I speak of what I know and not of what I imagine or have observed through imperfect mechanical devices.

Disciple: Then, please, describe the Sun to us.

Master: Gladly. Ordinary people believe that the Sun is an immense ball of fire, but that is a medieval concept. It really is a gigantic world, many millions of times bigger than planet Earth. It has mineral, plant, animal and, as I said, human life. On the Sun, there are very high mountains, deep seas, mountain ranges, and the South and North Poles.

Disciple: And the temperature?

Master: As incredible as it may seem to us, there are places on the Sun covered with snow where we could die of cold. There are also warm and temperate climates.

Disciple: How do the inhabitants of the Sun live?

Master: They never live in cities, they would consider it absurd. They live in the countryside and only gather in small villages to carry out studies and investigations.

Master: About their own world, and about what happens in other worlds.

Disciple: What do they know about us?

Master: Everything. They have gigantic telescopes called “escobanos”, with which they can observe our planet, the cities, the houses, their inhabitants and, even more, their psychological state.

Master: Naturally. All human beings possess an aura. According to its color and brightness, the psychological state of each individual can be established.

Disciple: And why have they not made contact with terrestrial beings?

Master: I already told you, they are perfect beings that have died in themselves, have destroyed their defects and are not interested in mingling with savages like us, who only have defects.

Disciple: What qualities do the inhabitants of the Sun have?

Master: They have awakened clairvoyance, clairaudience, telepathy, memory of past lives and, in general, all the inner senses that man has asleep due to his imperfections.

Disciple: How could you know that they have awakened their qualities?

Master: Very simply, by astrally traveling with my Eidolon ─astral body─ to the Sun, they have dialogued with me, which means very clearly that they have developed their occult senses, because while I was in the astral body, they were in the physical body.

Disciple: So, the Sun is not a ball of fire, an igneous mass?

Master: That is what scientists suppose, and they have convinced ordinary people of it. If this were true, the closer we were to the Sun the warmer it would be, and the opposite is true, the higher altitudes, the colder it gets. What’s more, upon exiting the atmosphere, the temperatures go down to 120 degrees below zero.

Disciple: Why do we feel warmth from the Sun?

Master: The Sun has huge mines of uranium, radium, cobalt and other minerals that have very strong radiations of atomic energy which, upon getting to the terrestrial atmosphere, break down into heat, color, light and sound. It is precisely this upper layer of the earth’s atmosphere that is in charge of analyzing and breaking down the solar rays into heat, color, light and sound…”

I leave you now, esteemed readers, some sentences for reflection:

“We know books better than things, and being wise is to know things and not books.”
Balmes

“The wise man remembers the past, enjoys the present, and is cautious of the future.”
Isocrates

“The wisest is he who does not know that he is so.”
Boileau

“The first step toward wisdom is to free oneself from stubbornness.”
Horace