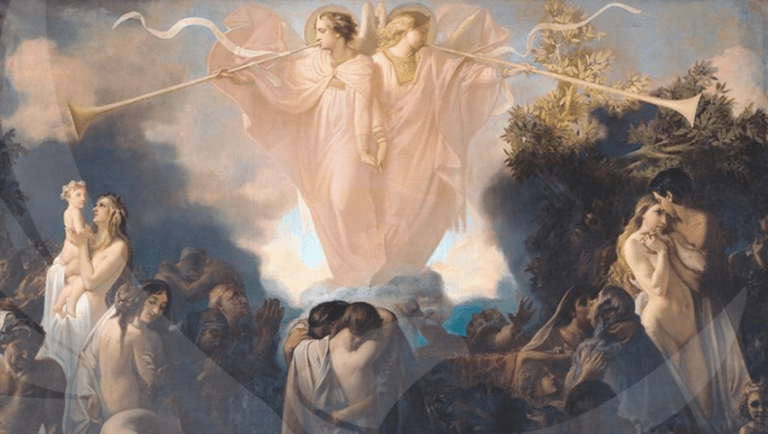 Since on the path that we have to traverse ─the Hermetic Path─, a help that is superior to our mind, something transcendental and eternal, becomes indispensable, as is STELLA MARIS, our adorable Mother Kundalini, I therefore send you this article that our blessed Patriarch Samael Aun Weor directed to the Gnostic students in the year 1975 through the magazine ABRAXAS. It is titled:

1. From the spermatic and dark Chaos that we carry in our sexual organs arises the Light, and it now shines in the darkness like a star with six rays in the night sky.

2. Through the work of Hermetic Art, what was previously diffused in the dark and coarse mass of the primary subject is made clear.

3. Stella Maris, Mercury, Metallic Soul of the Sacred Sperm in the form of bright white water that the Alchemists call “ASTRO”.

4. Astral signature of the revealing ENS-SEMINIS of the prepared Mercury; North star guiding the navigator of the dark ocean.

5. Virgin Mother KUNDALINI symbolized by this star of crossing lines that constitute the Seal of Solomon.

6. Virgin of the Sea without whose help, always timely, the Hierophant Moses could not have been saved from the waters.

7. The mercurial nature of the bright star is indisputable, irrefutable. Many sages have been shipwrecked in the stormy ocean of life and of death for not having that ASTRO as a guide.

8. The ungrateful son who forgets his individual divine mother, for each of us has his own, inevitably fails.

9. This Star led the wise to the birth of the son of God, and she herself must guide our steps.

10. Solve et Coagula, “dissolve and coagulate” is the living foundation of the Great Work. We need to dissolve “Dry Mercury” and “Arsenicated Sulfur” and coagulate living Mercury and pure Sulfur.

11. Dry Mercury is made up of all those Psychological Aggregates that together constitute the beloved Ego of the learned ignorant.

12. The Arsenicated Sulfur is the animal fire directed downward, “the atomic infernos of man”.

13. It is urgent to fecundate the living Mercury with pure Sulfur or Sacred Fire, if we really want to create the Superior Existential Bodies of the BEING.

14. The “KALKIAN” people of these times of KALI-YUGA believe that they possess the Astral, Mental and Causal Bodies.

15. These “know-it-alls” not only ignore but also ignore that they ignore. They do not want to realize that they are just miserable ghosts dressed in a Physical Body.

16. What continues after death is the Dry Mercury and the Arsenicated Sulfur.

17. In no way do we exaggerate when we affirm that what continues in the afterlife after the death of the Carnal Body is just a bunch of Devils, the Psychic Aggregates, inhuman “I’s”, or beastly forms within which the Essence is bottled up.

18. Those who have never self-observed, whose sense of self-observation is atrophied, think the very best of themselves, they do not even suspect that within themselves Dry Mercury and Arsenicated Sulfur exist.

19. These foolish people worship the beloved Ego, they are convinced that it evolves and perfects itself, they do not care about destroying or annihilating it, they have never come to know that the much-vaunted Ego is a sum of “I’s” or Demons, Dry Mercury, infra-human defects.

20. If the people truly loved their Stella Maris, if they took her as their guide, She would assist them in the Great Work, She would eliminate from their nature the Dry Mercury and the Arsenicated Sulfur.

21. Creating those supra-sensitive bodies that the “KALKIAN” personalities believe they already have, is only possible by crystallizing the living Mercury by means of the Sulfur or Sacred Fire and on the condition of radically eliminating the Dry Mercury and the Arsenicated Sulfur.

22. Those who do not proceed by dissolving and coagulating according to the rules of Hermetic Art will turn into HANASMUSSENS with a double center of gravity, into terribly perverse demons’.

CONCLUSION: After reading this wonderful article sprouted from the pen of the Avatar of Aquarius, I then ask myself: how many companions will have really understood it? How many companions turn the coitus into something sublime? How many invoke in full ARCANUM A.Z.F. the Divine Lady and beg her to help them DIE in such-or-such aggregate that they have discovered and understood? Enigmas, enigmas, enigmas! But, now we understand why the Arcanum A.Z.F. is a knife that can turn against ourselves if we do not direct the fire of Eros against the secret enemy: the “I”.

Here are a few sentences to ponder:

“It is better that the body hurts, not the soul; the cause should be much safeguarding, much security.”
Quevedo

“Pain is like the clouds: when we are inside it we only see gray, tedious and tragic; but as soon as it moves away and the sun of the memory gilds it, it is glory, transfiguration and majesty.”
Beloved Nerve

“Pains make men return to the state of children.”
Quevedo

“Pain has great educational power; it makes us better, more merciful, it turns us toward ourselves, it persuades us that this life is not a game but a duty.”
César Cantú