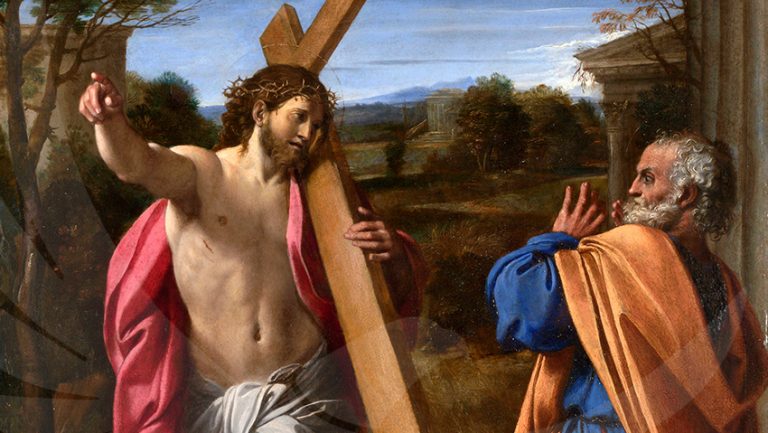 I am writing you a few lines to try to deepen our comprehension of:

THE IMPORTANCE OF KNOWING HOW TO OBEY THE ELDER BROTHERS

Constantly, dear reader, we are receiving IMPRESSIONS, and most of the time, many of those IMPRESSIONS ARE UNPLEASANT and all this is tormenting us.

The divine teaching delivered by our blessed Patriarch insists on the need of TRANSFORMING THE UNPLEASANT IMPRESSIONS because, otherwise, such impressions touch certain psychological aggregates within us and we REACT driven by such aggregates that, to make things worse, end up being REINFORCED by our PSYCHOLOGICAL IDENTIFICATION; all in all, we live immersed in a VICIOUS CIRCLE from which it is very difficult to get out of.

One of the most unpleasant impressions is to BE SICK. No one likes to be sick, except the masochists. When we are sick, we feel IMPOTENT in not being able to get rid of our illness quickly. This has happened to all of us. This IMPOTENCE ends up allied with our SELF-LOVE and, between them both, they end up taking us to IMPATIENCE. When we fall prisoners of IMPATIENCE, we can commit real insanities and even try to commit SUICIDE. However, it is clear that SUICIDE is never a medicine for IMPOTENCE OR IMPATIENCE, no, they are simple mechanical reactions of our multiple aggregates.

Undoubtedly, the path for each one of us is full of thorns, stumbling blocks, uncertainties, anguishes, sadness, loneliness and an endless number of etceteras; however, we must never forget that, precisely due to all this, it is the only path that can take us out of the cursed Wheel of Samsara.

When we end up abandoning our state of PERMANENT SELF-OBSERVATION, we allow ourselves to be swallowed by IMPRESSIONS, and we can, not only abandon the Secret Path, but the worst thing that can happen is to hurl ourselves against the GREAT LAW itself, or against the ELDER BROTHERS OF THE WHITE FRATERNITY and, in this case, swallowed up then by IMPOTENCE AND ANGER, we are very prone to DISOBEDIENCE toward the members of the White Brotherhood.

I want to remind you, esteemed reader, that our blessed Master: Samael Aun Weor, was during his life terribly tested in his obedience to the orders of the Conscious Circle of the Solar Humanity. Certainly, one of these trials was very harsh. Specifically, I refer to that of being given absolute orders NEVER TO ABANDON THE MEXICAN TERRITORY throughout his entire life. V.M. Samael says that such order came directly from his Divine Mother, and he himself replied to the Holy Lady:

To which the Divine Mother answered:

“Because you could lose your physical body, you could be killed!”

Then our Avatar added:

“The problem is that not only would you lose your physical body, but you would also ruin all your work, and that is not good…!”

Let’s take into account, patient reader, that Master Samael was not asked NOT TO LEAVE MEXICO for a few years, but FOR THE REST OF HIS LIFE. Would we be able to accept an order with such weight? Would we be that humble? Would we have the capacity to overcome that circumstance and not lose our inner work? Enigmas, enigmas, enigmas!!!

At another moment of his life, the Guru of our Patriarch, whom he affectionately called Adolfito, reminded him:

“Remember that you should never leave Mexico, remember that. We, the Elder Brothers, will always bring you what you need to do your works, but you must not leave Mexico.”

To which our sacred Guru answered:

“I have always obeyed you and I will always obey you, even if one day my soul arrives at the Absolute Abstract Space, even there I will obey you!”

Terrible and majestic words, dear readers, this is called LOVE FOR THE GURU and ABSOLUTE RESPECT for the directives issued by the Solar Hierarchies.

I will never forget that situation that I lived in the Avatar’s house when, on one occasion, a couple of Instructors came to ask our Patriarch for his blessing. Before being blessed, the Master reminded them that they had to go on a mission to the south of the Aztec country; but, unusually, that couple answered to the Avatar:

“We want to go to the north because there we have family, friends, and that would help us in the mission.”

Before those words, our Venerable Master Samael insisted again:

Incredibly, that couple of Instructors replied to the Exalted One:

“No, Master, we are sorry, we are going to the North!”

Given those circumstances, the V.M. Samael said his final words:

“Alright, go then to the North, get on your knees and I will bless you…!”

And then the Patriarch gave them his blessing. Seconds later, that couple left the Patriarch’s house and once the Master and your servant were alone, the Venerable One said to me:

“These brothers are on the way to their own physical death!”

Frightened, dazed, shocked, I said then to the Master:

“But, why didn’t you tell them that they were in danger of dying and, to top it all, you gave them your blessing?”

To which the Patriarch replied:

“I did not have the Father’s permission to tell them that, but you saw that I tried to dissuade them from the idea of going to the North.”

An hour and a half later, the telephone of Master Samael’s house rang and the Avatar himself told me then:

“This must be a call from the police announcing the death of the brothers who went to the North, pick up the phone and you will see!”

I quickly picked up the phone and immediately heard the voice of a man telling me:

“Hey, is that the house of a gentleman called Samael Aun Weor?”

“Listen, we are the highway patrol of the Mexican Republic and we are calling you to tell you that a couple, with their two children, have just died in a traffic accident and, among their belongings, we have found this phone number which we are calling. Understood?”

“Yes, yes, yes, understood!” ─I replied to the policeman who was calling…

In the following days, we had to inform the relatives of that couple of their death, all of which was very unpleasant for V.M. Samael and all of us who were there, in his house. It was very sad news, illustrious reader… The worst thing was that all this could have been avoided if something called HUMILITY had existed in those Instructors!

It is very important, dear readers, to separate ourselves from OUR SELF-LOVE, from our SELF-SUFFICIENCY, from our IMPATIENCE, if we do not want to end up lost on this path that has dangers inside ─our own psychological aggregates─ and outside ─the Darkness of the Black Lodge, which is always on the lookout to divert us from our Inner Path─; that is our reality!

Many devotees, throughout history, have lost their values and ended up being swallowed by the horizontal life or by the abyss because they lacked that valuable jewel that is: HUMILITY!

Let’s meditate deeply, dear friends, on the falsehood of our pseudo-values, which often make us believe that we know everything and that we can face everything, because if there is something that separates us greatly from our BEING, it is the MYSTICAL PRIDE and HAUGHTINESS…

Allow me to conclude this message by leaving you some sentences for reflection, here they are:

“Life is a long lesson of humility.”
Barrie

“I am convinced that the first test of a great man is humility.”
Ruskin

“The humility of hypocrites is the greatest and haughtiest of prides.”
Luther

“The hypocrite is the dreadful hermaphrodite of evil.”
Victor Hugo

“The life of man is a continuous war on Earth.”
Vives