VOPUS Gnosis > Articles > How to Rejuvenate 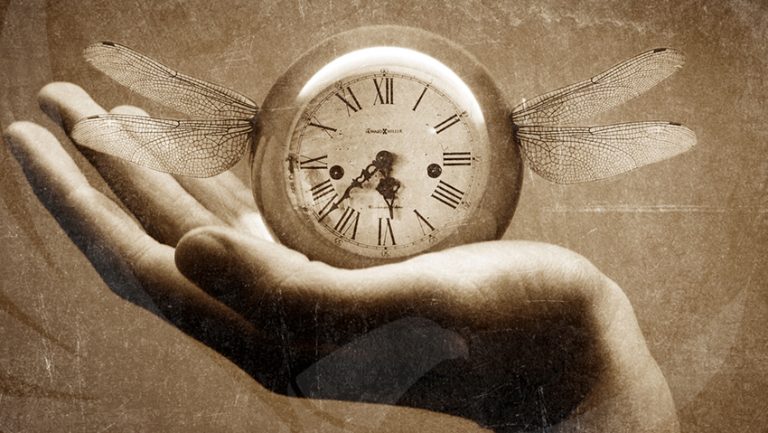 Time is completely subjective; it has no objective, real source; it is an invention of the mind.

It is like what happens with this matter of old age. We say, “I am eighty years old and therefore I am an old man.” Okay, but find me the years, where are they? I would like you to put those so-vaunted eighty years in a laboratory to examine them, see what they are made of, what substance they are made of. They are not there!

The harsh reality of things, my dear brothers, is that there has been a succession of phenomena in an organism: new cells have been changed by old cells; the new ones, due to faulty processes of assimilation, of elimination, etc., have been changed, have apparently become old, that is to say, have been damaged, have deteriorated and are then eliminated. Finally, cells on the way to elimination, worn-out cells, prevail in the organism, and then we say: “I am an eighty-year-old man”. They are cells and nothing more! It is a matter of phenomena, of cellular mechanics, but where are the years? What is there is cellular mechanics, faulty mechanical processes.

Let us make harmonious mechanical processes; let us create new cells; let us establish perfect rhythms in our organism; let us make the vortices of the chakras spin: the occipital, the frontal, the laryngeal, the hepatic, the prostatic one, the two “wheels” of the knees. Of course, they are vital to the organism, and altogether, all chakras are vital. Life enters through there, the tattvas enter the interior of the body. Those tattvas enter, yes, and do not come out again because they are converted, within the organism, into hormones. And “hormone” comes from a Greek word meaning ‘desire of being’, ‘force of being’.

What is interesting is that the tattvas enter through the gates of the chakras into the internal secretion glands, and in such glands they are converted into hormones. If we make the chakras spin intensely, then we will create hormones in abnormal quantities, and these, in turn, will create new tissues and cells, and we will always have a new organism. So, what has become of the so-vaunted old age and eighty years of age? Let us get to the point, let us get to the facts, my dear brothers, let us get to the facts!

It is very interesting to see them pass from one canaliculus to another going up, up, up through the spermatic cords until they actually reach the seminal vesicles, where the sperm is further purified and further electrified and refined. The most purified continues to ascend –all those zoosperms– until it reaches the prostate.

The energy comes up through the cords of Ida and Pingala, and then the zoosperms are broken up into hormones, the hormones pass through the membrane; finally, they enter the blood circulation and actively stimulate all the glands of internal secretion, they put them to work with extraordinary intensity, and then ascend, continue their upward course to the brain. There they come to put into activity areas of the brain that no longer work, that are degenerated; they come to energize all the brain cells, to put into action certain latent powers in man, etc.

Unfortunately, and that is what is most serious, my dear brothers, people are degenerate. Ordinary, vulgar males do not even allow the zoosperms to ascend to the prostate. In the seminal vesicles, they return them, they eliminate them for the satisfaction of their brutal impulses.

In those circumstances, the brain degenerates terribly due to the lack of hormone ascension; it does not receive sexual hormones, it loses its capacity for action. Latent faculties in man atrophy because there is not enough stimulus from the sexual hormones which are so powerful. I have said it: they have the power to put into activity all the glands of internal secretion, to make them produce hormones of all kinds that energize the living organism.

Moreover, other aspects should be taken into account: You see: it is the sexual force that produces the phenomenon of mitosis in the fetus. Mitosis is to be understood as the division of cells for the purpose of human or animal gestation, or whatever. Good. The presence of the creative energy causes the original cell –which has, as we already know, forty-eight chromosomes[1]– to be divided into two, that the two be divided into four, and the four into eight, etc., forming in this way the tissues, organs and so on. That is the process of gestation, of formation of the creatures inside the maternal womb.

I want to tell you now, taking this to the field of sexual transmutation, that the sexual hormones, active within the blood, charged with electricity and magnetism, will produce in the living organism –human, of the adult– the processes of mitosis, that is to say, new divisions of cells that, naturally, will originate the creation of new tissues, young flesh. Here is, from a biological point of view, how the complete regeneration or rejuvenation of the human organism is achieved.

But we need to create –we need to create, I repeat– new flesh, new blood, new life in the body; diseases must be eliminated, etc. There is no doubt that he who has a priestess-wife obtains all that. And through Vajroli, this biological process of transmutation of the sexual force and the wise use of hormones for the good of the human organism is also achieved. That is clear, and I want you to understand it in a specific, definite way.

What is the difference between the young people of the new wave and the outdated and retardant old men? One: that the third testicular layer of a young man is producing sexual hormones in alarming quantities, zoosperms in heaps. All those zoosperms, transformed into hormones, go to the brain and give them new ideas, a revolutionary way of thinking, they open up to the new, etc.

Instead, the poor old men who have already spent the sacred sperm, who degenerated from sexual abuse, are frankly ruined. Already the third testicular layer produces very few zoosperms, many times it takes days and months to have enough zoosperms to achieve an easy erection; and of course, when they get such an erection, they immediately go to the coitus and eliminate the zoosperms, and spend another fifteen or twenty days, or a month or more accumulating new zoosperms. When they finally have them, they immediately go to squander them for the passionate satisfaction of a moment, and in this way they go on passing their lives until they die.

Of course, not having the zoosperms in alarming quantities, the third testicular layer being totally atrophied until almost no longer producing any, it happens that the second, due to that matter, produces its cells or hormones, but these, already [are produced] in fluids that no longer manage to pass to the third layer due to the atrophy of the same. Then there are even certain swellings and inflammations between the second and third layer, and then, the worst thing: that comes to affect, by logical consequence, the prostate. Almost always those poor old degenerates get prostate surgery because of those abuses. This is clear, I want you to understand it in a specific and definite way.

The poor old men, by not producing in their third testicular layer zoosperms in alarming quantities, well, they have no new ideas, because their brain cells are atrophied. Certain areas do not work for them, they remain with what they learned in the past and become retardant old men who admit nothing new; outdated, with rancid and clumsy ideas of yesterdays.

Of course, they clash with the youth, because the youth are producing new zoosperms, they have new ideas and they open up to the new; and then comes the clash between the new and the old. That is the difference between the young men in the new wave and the old men. It is a completely biological, sexual difference. Understand it with clarity.

Therefore, I want you to take advantage of the Vajroli-Mudra such as I have taught you for transmutation, and those who have a wife, let them practice Sexual Magic.