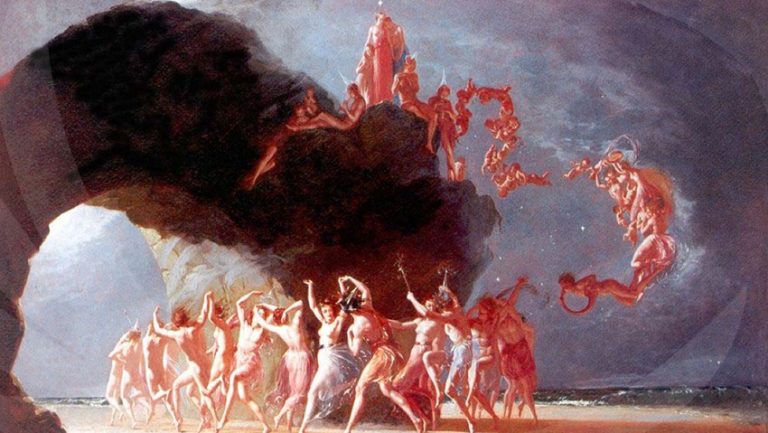 There are also lamas in the Himalayas who take some Dakini as a priestess-wife─ladies who walk in the clouds, says the ancient wisdom–.
And there are Adept-Ladies who take a Deva as a husband to work in the Forge of the Cyclops.

The superior elementals are very interesting. There are superior elementals, for example, in the superior animal kingdom: elephants, camels, eagles, dogs, cats, snakes, etc., which sooner or later have to enter a human organism for the first time. When one of those elementals enters a human organism for the first time, if it does so by taking a female body, well then that elemental is something interesting. That lady receives the name of “Fairy”, “Fairy-Woman”.

A Fairy-Woman is known by the signs on her body, by certain marks on her body. A Fairy-Woman is highly coveted by monks, by Tibetan lamas; they take her as a priestess for the work of the Intimate Self-Realization of the Being. She is completely innocent and has marvelous powers; that is why she is highly coveted by the lamas of the monasteries. A Fairy-Woman does not yet have Ego, she is, by the way, quite pure, and of course, usually, some abbot takes her as his wife, or some very advanced monk or some Tibetan Adept. This science, unfortunately, is hardly known in the Western world. And it is quite interesting.