VOPUS Gnosis > Articles > The Fulasnitamniano principle and the Itoklanotz principle 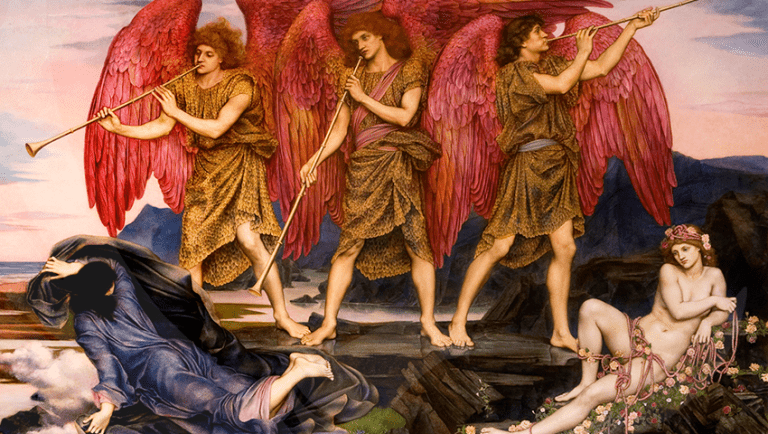 Taking into account the times we are currently living in worldwide and considering that it is as bad to be silent when we must speak as to speak when we must be silent, I see myself in the imperative need to send you these words of our Patriarch and Avatar of Aquarius, V.M. Samael Aun Weor, regarding our need to become VERY SERIOUS in regard to our INNER WORK. These words of our Guru were part of a Third Chamber conference that at the time he considered very opportune for all of us who sincerely love Gnosis. Such words refer to…

“The time we live in is critical and difficult, and there is no remedy anymore. Now we have only one thing left: to be concerned about dying in ourselves and to advance as much as we can on the path of the Intimate Self-Realization of the Being.

In other times people lived according to the Fulasnitamniano Law or Principle. I repeat for you to write it down: Fulasnitamniano, and we could even write that down on a blackboard.

These are terms that you must know, because there are two laws, two principles: the Fulasnitamniano and the Itoklanotz. […]

The Fulasnitamniano Principle is that which belongs to authentic men. This principle allows humanity to live until it has formed the Superior Existential Bodies of the Being.

Thus, in other ages, people, living according to the Fulasnitamniano Principle, lived up to an average of a thousand years; others reached twelve and fifteen centuries. Then, even if the Superior Existential Bodies of the Being had not been fabricated during youth, they were fabricated later in during mature age; there was time for everything. These were the times of Lemuria, of the Mu continent.

But since humanity failed to fulfill the cosmic duty of the Being —which is to become conscious of the activities of each of our five basic centers, called: intellect, emotion, movement, instinct and sex— it then degenerated.

As humanity degenerated, the Adepts of the Occult Fraternity had no choice but to allow humanity to live with that law that governs the animal kingdom, with that principle called Itoklanotz, that is, a law that allows us to live only about 80 years, etc. In Egypt people used to live 140 years, now we do not even reach 80, at most 50, 60, 70 years. That Law of Itoklanotz, undoubtedly, is what governs the animal kingdom.

What is the difference between one law and the other? That the Law of the Eternal Fulasnitamniano allows us to live until we fabricate the Superior Existential Bodies of the Being. On the other hand, the Itoklanotz Principle does not take into account at all the Superior Existential Bodies of Being, but the animals, and one dies when nature needs us.

That is to say, as in each of us there is a substance that Nature uses for its own nourishment, it disincarnates us when it considers that our time is up, that it needs its food. It collects without taking into account at all whether or not the individual has fabricated the Superior Existential Bodies of the Being. That is the Itoklanotz Principle.

Of course, with the Fulasnitamniano Principle humanity had the opportunity to transmute sperm into energy. Then the Sexual Hydrogen Si-12 was used to make it crystallize into the form of the astral body. Then the sacred sperm was used as it should be, and people knew how to transmute it to fabricate the mental, and knew how to transmute that sperm to fabricate the causal; and when they disincarnated, those people of the beginning of Atlantis and Lemuria, they did so while taking their Superior Existential Bodies of the Being with them. They had fabricated them because they had had enough time with the Fulasnitamniano Principle.

You see how everything has changed over time and over the years. Today, unfortunately, the human species is governed by the Itoklanotz Principle, it does not know at what time it is the turn of this or that person, this or that student of esotericism to disincarnate. So what to do? Use the time to the maximum, transmute the sperm into energy, quickly fabricate the Superior Existential Bodies of the Being before it is too late, because we do not know the moment when disincarnation will come.

That is the only solution: hurry, do not delay; there is no other alternative. We are no longer governed by the Fulasnitamniano Principle –when there was time– there is no more time; now we have to take advantage of the little time that we have to fabricate the Existential Bodies.

That later on these bodies will have to be perfected? That is correct and without a doubt; if this existence is enough for that, even better. That finally they will have to be formed, made into pure gold, that is to say, to bring them to the state in which they must become vehicles of spiritual gold? That is true. When that is done, the Philosopher’s Stone is made and then, having become Gods, we will belong to that order of the Occult Fraternity, to that order of the authentic Rosicrucians that does not correspond in any way to any of the schools that currently exist in the world and that bears the title of “Rosicrucian”.

Allow me now to leave you a few sentences to be reflected:

“The idle man is only concerned with killing time, without seeing that time is the one killing us.”
Valtour

“Laziness goes so slowly that misery has no trouble catching up with it.”
Confucius

“Boredom has entered the world because of laziness.”
La Bruyere

“Through the streets of ‘later’ one reaches the square of ‘never'”.
P. Coloma

“We have more laziness in the spirit than in the body.”
La Rochefoucauld