VOPUS Gnosis > Articles > The evil effect of the “I” of envy 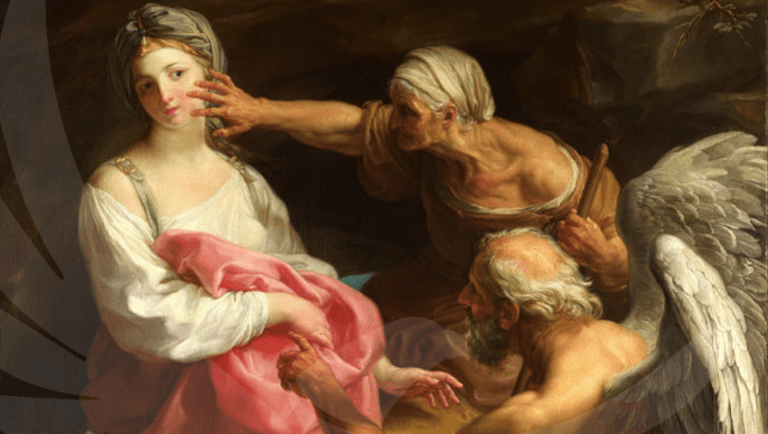 I am sending you a few short lines to let you know something about:

We all know, through our doctrine, that to achieve our final liberation it is necessary to get rid of our ten thousand psychological aggregates that we carry inside us. That is what our beloved Master Samael has said. Moreover, we all know that each aggregate has multiple facets in itself, which often makes it difficult for us to detect it 100 percent. It is not an easy task, it requires a lot of analysis and a lot of PATIENCE.

Within this swarm of odious psychic energies, dear friends, it is important to take into account the “I” OF ENVY, because it has many variants and can manifest itself in relation to material or spiritual things. There are those who envy the other’s wife, the neighbor’s house, the friend’s profession, the economic status of others, etc., etc., etc.; however, the worst scenario is when this aggregate ALSO ENVIES SPIRITUAL THINGS. In such a case it is very dangerous and can lead us to BETRAY our own Guru or the blessed forces that constantly assist us.

Let us remember that in the history of Gnosis itself there have been really very sad and horrendous situations caused by the action of this evil aggregate. Suffice it to remember the one who was called in his time, back in Colombia, the GOLDEN VERB when the V.M. Samael was still in that country. That Bodhisattva was guided by Master Samael himself until the fifth Initiation of Major Mysteries and he even came to know the name of his Real Being: V.M. SANFRAGARATA. That character, who at the time in this physical world was called David León Valencia, envied the V.M. Samael terribly, and that envy led him to abandon Gnosis to seek refuge in the arms of a Black Mage named OMAR CHERENZI LIND. This black mage offered more spiritual power to the Bodhisattva of Sanfragarata and that is how he became a follower of that tenebrous one and EXCHANGED HIS BIRTHRIGHT FOR A PLATE OF LENTILS…

The same fate befell that individual who was nothing less and nothing more than the reincarnation of the great seer of Patmos, JOHN, or more internally IOANES or YOHANI. In ancient times, this Bodhisattva, with the help of his Real Being, came to write the GREAT BOOK OF REVELATION, which today is still considered as a very profound treatise on the ins and outs of the Beast and on the end of this humanity. Nevertheless, now, in his past existence, he was fallen and Master Samael tried to raise him up again by instructing him, guiding him, etc., etc., etc. In the physical world this Bodhisattva responded to the name ENRIQUE BENARD. When the V.M. Samael received instructions to leave Colombia –because he was warned that someone had been sent to assassinate him– he wanted to leave the leadership of the Colombian Gnostic Movement in the hands of this man, and great was the surprise for Master Samael when this fallen Bodhisattva rejected it and also reprimanded the V.M. Samael telling him among other things: “I should be the Avatar and not you!!”, all of which led Master Samael to remove him from the fates of Gnosis in that South American country. This is how ENVY again claimed the soul of that companion who, due to lack of INNER WORK, went as far as to reject his own Master, which led him to HIGH TREASON. This is how envy works, esteemed reader…

Another case that is also historical took place in the time of Jesus and the Apostles and was starred by the one who would be called SIMON THE MAGICIAN, an individual who certainly had metaphysical powers but ONLY WANTED TO FOLLOW HIMSELF. This led him to reject the V.M. Aberamentho and not accept him as Messiah. Finally, out of envy, he turned away from Jesus the Christ and now he is involuting. Many Gothic cathedrals show him falling from above and plunging down to hell. These images allude to the fact that the Apostle Peter found him in the streets of Rome levitating in front of the multitudes. When Peter warned him that these things he did were dark, Simon the Magician did not listen to him at all and continued with what he was doing, which led the Apostle Peter to recite the LORD’S PRAYER. Then this prayer broke the false enchantment that Simon the Magician was doing and he fell to the ground, dying minutes later…

Many were, illustrious reader, the Bodhisattvas who strayed from the Secret Path because of this larva we call ENVY… The one who writes these lines personally came to know an international Gnostic diffuser who even wrote some works on Gnosis when he was still faithful to the V.M. Samael. His name was EFRAÍN VILLEGAS QUINTERO. This man came to enjoy the deep sympathy of our Master Samael. However, the “I” OF ENVY, in the same way, brought him to its slums. That is why later on, when Master Samael needed someone to donate some blood to him, this disciple refused, despite having the same blood type. Days earlier the V.M. Samael had indicated to him that his inner name was DESOTO, and yet this individual, deceived by the “I” OF ENVY, went as far as to exclaim:  “I do not even give my blood to God!!”.

Finally, V.M. Samael disincarnated and this individual continued for a while using Gnosis to give seminars, for which he would charge up to a hundred dollars an hour. That is how he wandered about in several South American countries until, finally, he ended up declaring that Samael was no Avatar, that the Arcanum A.Z.F. was a stupidity and that the Ego was never going to die because it was a mental illusion!

In view of all these things, patient reader, it would be good to ask oneself: Do I really love my inner Father, my Divine Mother, or am I doing everything I do to compete with other companions as if this was about seeing who reaches the furthest???

Self-observation of ourselves is very necessary so as not to be victims of the deceptions of the “I”. Let us remember that the “I” is increasingly more and more subtle, and if we do not become PROFOUND IN OUR ANALYSIS AND MEDITATIONS the same fate can befall us on this journey that has dangers inside and outside… LET US NOT FORGET IT!

With envy we delay
our return to the Most High,
because with it we reject
the most sacred values.

The envious does not love,
he just loves himself,
and everywhere he proclaims
his triumphs with great cynicism.

The Father is all OMNISCIENCE
full of immense sanity,
embroidered with innocence
impregnated with tenderness.

Never our BEING is
compared with other BEINGS
and He is always engraving
love in his works.

For this reason He is perfect,
He is the Lord of Lords!
He bestows his lessons
to the humble and righteous…

Allow me to leave you a few sentences for reflection, esteemed readers:

“Envy is natural to man and yet it is both a vice and a disgrace. We must regard her as an enemy of our happiness and seek to suffocate her like a bad demon.”
Schopenhauer

“Envy is a thousand times more terrible than hunger because it is spiritual hunger.”
Unamuno

“Envy is the worm gnawing at merit and glory.”
Bacon

“Envy deals its blows to the greatest things.”
Ovid

“Where envy reigns, virtue cannot live, nor where liberality is scarce.”
Cervantes