VOPUS Gnosis > Articles > Why does the nature of God have to be, determinedly, infinite? 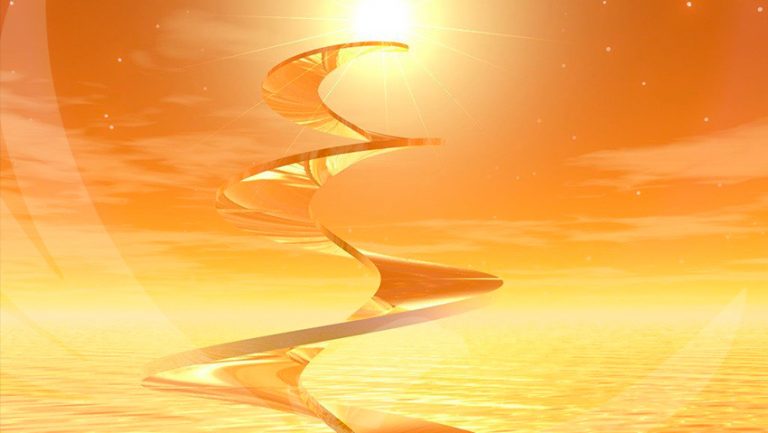 On this occasion I have decided to write to you a letter about:

WHY DOES THE NATURE OF GOD HAVE TO BE, DETERMINEDLY, INFINITE?

Since remote times, in ancient India, in ancient China, throughout Greece, Mesopotamia, the Mayan and Mexican cultures as well as the people of Indonesia, Mongolia, etc., etc., etc., there has been a true controversy regarding the nature of what we, religiously, call God.

Various opinions have been unleashed around this controversy among theologians and philosophers, all trying to define what the nature of God is; however, except for some enlightened ones such as Heraclitus in Greece, few have managed to concretize the true nature of the Divine and, above all, the fact that it has been categorized as something infinite.

Obviously and unfortunately, many philosophers and theologians have expressed many opinions on this matter, always resorting to the use of REASON. But for us, who love Gnosis, reason is a very poor instrument to investigate the world of the metaphysical, eternal and sacred. Today, thanks to contemporary Gnosis provided by the most exalted individual of the 20th century, V.M. Samael Aun Weor, we know that the psyche, or the mind, has three aspects defined by the Master himself as follows:

Precisely, in order to have an INNER MIND, the human being needs to have managed to appease the mental disorder of the SENSUAL MIND and the INTERMEDIATE MIND, to be at the height of what will be shown in those states of mystical rapture.

Through Gnosis, our Patriarch, the V.M. Samael, explains to us that during the experimentation of a MAHA-SAMADHI he managed to abandon all the functionalisms of the SENSUAL MIND and the INTERMEDIATE MIND in order devote himself to a transcendental mystical experience that transported him beyond the supra-dimensions of hyperspace and then reach the borders of the Absolute Abstract Space. Being in that supra-divine region, our dear Master was then in front of the guardian of a temple located in those spatial recondite places. And then, the Patriarch Samael asked the aforementioned guardian:

“Is this where what we call God ends?”

The answer of that most sacred guardian to the Venerable’s question was:

That answer stunned the Avatar of Aquarius, since he had crossed cosmic regions that in Gnosis we call AEONS or COSMOS of the universe and he found the tremendous reality that that which is THE ESSENCE OF THE UNIVERSES was something LIMITLESS, although intellectually the Master Samael already knew it, but it is one thing to know it intellectually and another thing, dear friends, is to encounter that harsh reality.

Now, at this point of our reflections, we must ask ourselves: but why has God made Himself INFINITE?

The answer is: because if man knew or found a limit to the supreme Creator, then what would have happened is the same thing that happened when the terrestrial humanoid found out that the Earth was made up of layers or crusts, and that in the center of it there is a magma and many other things, and once this was known, then, for the scientific humanoid, it becomes something secondary, that is, something that comes to occupy the field of triviality. Therefore, God would cease to be God…

Undoubtedly, the nature of God, being INFINITE, allows the souls and every human being in our world or in any world of the interstellar space to awaken their curiosity towards the most sacred Demiurge and therefore, He will never cease to be a reason for investigation, analysis, astonishment, animic enjoyment, for intimate rejoicing when perceiving a certain phenomenon linked to the Divine.

In his time, the memorable Pythagoras stated that THE NUMBER WAS ACCURATE AND INFINITE and this gave it a sacred character!! And he was right, because certainly, if we started to count without stopping, we would never come to an end. This led other philosophers to the conclusion that God is that circle whose center is everywhere and its limit nowhere!!, thus referring to the exact calculations of the Great Architect of the Universe, as the Freemasons call Him… Thus, God was defined as the great mathematician and geometrician of the universes.

We must, also, declare that the perception of what we call God is different in each Adept who has managed to get closer to the infinite nature of the Creator, because in this perception we must take into account the quality of the STONE ─of each one─ and the various functionalisms that a certain Adept has achieved; likewise, whether or not that Adept has the four Kayas of exaltation, all of which would result in obtaining more and more information about the UNFATHOMABLE ─namely: God─.

I conclude this short exordium with a masterful phrase commented in the world of true spirituality and authentic occultism:

“The glory of God consists in hiding his secrets and that of man in discovering them!”

This sentence is attributed to the wise Solomon…

I leave you some phrases for reflection:

“Very close to the twilight of my life, I listen to the immortal symphonies of the worlds that invite me. It is wonderful, but simple…”
Victor Hugo

“There is no light that lights up in the intelligence that will not light its fire in the heart.”
Ahrens

“Inspiration is the occasion of the genius.”
Balzac

“All sciences have their attractions, but there is no other that exceeds or is perhaps equal to mathematics in absorbing the attention and strongly distracting the soul from all kinds of objects.”
Balmes