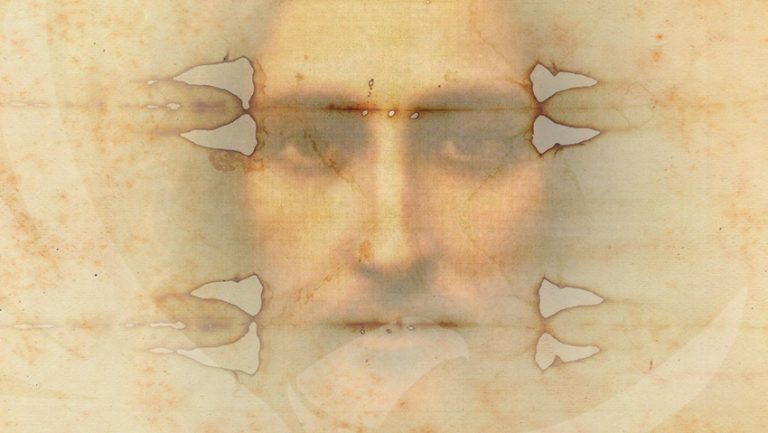 I want to send you an analysis of the enigma that surrounds:

THE MYSTERY OF THE HOLY SHEET OR HOLY SHROUD!

For centuries, people have been trying to find out whether or not the famous sudarium of Turinis really a true sacred relic, as many have affirmed and many others are still denying it. A large number of scientists from the 19th, 20th and 21st centuries have tried many times to scrutinize the true nature of this sudarium or mortuary sheet and, despite having used highly scientific instruments, it has not been possible to conclude, in the intellectual scientific world, whether it is a sham or a well-arranged lie…

Thus, in the midst of this conceptual turbulence, Gnosticism forcefully affirms that the said sheet is REAL and has an explanation that escapes the intellectual world of today, because it is a metaphysical phenomenon that has had three-dimensional repercussions. In order to convey to you, dear friends, the true nature of this phenomenon, I let you know the following:

So, appreciated reader, if this happened with a simple handkerchief, could it not happen with the sheet that wrapped the most sacred body of the Great Kabir of Galilee? We must know that this extraordinary BEING had incarnated the state of AIN SOPH PARANISHPANNA. What does this mean from a kabalistic point of view? Well, let us see directly what the Avatar of Aquarius, V.M. Samael Aun Weor, says in his book TAROT AND KABALAH:

“Within man there is a divine Ray. That Ray wants to go back to his Star who has always smiled to it. The Star that guides our interior is a super divine atom of the Absolute Abstract Space. The Kabbalistic name of that atom is the sacred Ain Soph. The Ain Soph is our Atomic Star. That Star shines full of glory in the Absolute Abstract Space. In this way, from this Star emanate Kether – the Father –, Chokmah – the Son – and Binah – the Holy Spirit – of every man.

We must make a specific differentiation between the Ain Soph and the Ain Soph Paranishpanna: in the first case there is no inner Self-Realization, in the second it does exist. Any Mahatma knows very well that before entering the Absolute he must dissolve the Solar Bodies; the day we liberate ourselves, we leave, we abandon all vehicles. Why do we create Solar Bodies? Why do we go down to the Ninth Sphere if we have to abandon the Solar Bodies? Why do something that will not be used? From each one of those Christic Vehicles, when dissolved, remains a seed atom. It is obvious that four seed atoms remain from those Vehicles.

It is indubitable that such atoms correspond to the Physical, Astral, Mental, and Causal Bodies. It is obvious that the four seed atoms are absorbed into the super divine atom Ain Soph Paranishpanna along with the Essence, spiritual principles, Laws, and the Three Primary Forces. Then comes the Deep Night of the Maha-Pralaya. The Ain Soph without Intimate Self-Realization does not possess the four seed atoms, it is a simple atom of the Absolute Abstract Space only with the Three Primary Forces of Father, Son and Holy Spirit. An atom of a Master that has been liberated is very different from an atom of Ain Soph without Self-Realization. In the Aurora of a Maha-Manvantara, a Self-Realized One unfolds his bodies, his seeds entering into activity. He possesses the Solar Bodies, he restores them if he wants to, at any time. Having made these Bodies gives him autonomous Consciousness.

The Ain Soph who possesses the seed atoms can be reincarnated at any time and is dressed in his Solar Bodies. When he wants to manifest himself, he emanates those solar seed atoms and appears anywhere in space.

There is a formula that defines everything and it is this: C.O.N.H.

They are Four Forces, the Four Bodies of an Initiate, Four Bodies with which the Seity is dressed when he wants to manifest himself.

In the Ain Soph Paranishpanna are the Four Bodies, hence the Bodies with which the Seity is dressed, and creates them instantly, that is, in the moment he wants to work in a world for the good of humanity by appearing as a Self-Realized Master, self-conscious, owner of life and death.

The Holy Affirmation: The Father.

The Holy Negation: The Son.

The Holy Conciliation: The Holy Spirit.

They are manifested through the atoms C, O, N – carbon, oxygen, nitrogen ‒; the H – hydrogen – is a free force of the other three, therefore it is the Physical Vehicle, which serves as an instrument to the Will, Mental and Astral Bodies.

We do not exaggerate if we emphasize the transcendental Alchemist idea that an Ain Soph Paranishpanna possesses within himself the four seed atoms C, O, N, H.

With these four alchemical atoms he reconstructs the Ain Soph Paranishpanna the Merkabah Chariot – the Solar Bodies – to enter any universe when necessary.”

Now, appreciated readers, here is a question: What do today’s scientists know about occult chemistry? Likewise, what do they know about the capacity of action of quantum physics in relation to the atomic vehicles of a Self-Realized Being of the quality of a Jesus of Nazareth??? What do they know of the faculties that allow a Being like the Great Kabir of Galilee to leave his imprint on a handkerchief or sudarium or on a Holy Sheet??? The ANSWER is: nothing, nothing, nothing!!!

And here is another question: what did the V.M. Aberamentho mean by leaving us the imprint of his body materialized on that holy sheet after his crucifixion? The answer: What this blessed Master wanted was to show us that, even after his apparent death, he continued to show himself to humanity in the way he wanted… It is for this that the four seed atoms of the AIN SOPH PARANISHPANNA exist, nothing more and nothing less. And it was thanks to those seed atoms that the Great Kabir of Galilee was able to continue instructing his apostles for eleven years, after his crucifixion, dictating to them what we now know as THE PISTIS SOPHIA, a monumental work that has only been revealed by our Patriarch Samael Aun Weor.

I leave you some phrases for reflection:

“Passion is like pain and, like pain, it creates its object. It is easier for fire to find fuel than fire for fuel.”
Unamuno

“Only passions, great passions, can elevate the soul to great things.”
Diderot

“Glory goes along such a narrow path that only one can walk it at a time.”
Shakespeare

OMNIA IN DUOBUS, DUO IN UNO, UNOS IN NIHILO.
─‘Everything is summed up in duality, duality in unity and unity in nothingness’─.

MAY THE WONDERS OF THE SPIRIT BE WITH ALL OF YOU FOREVER AND EVER.
Kwen Khan Khu