VOPUS Gnosis > Articles > Why are we refractory to Divine Light? 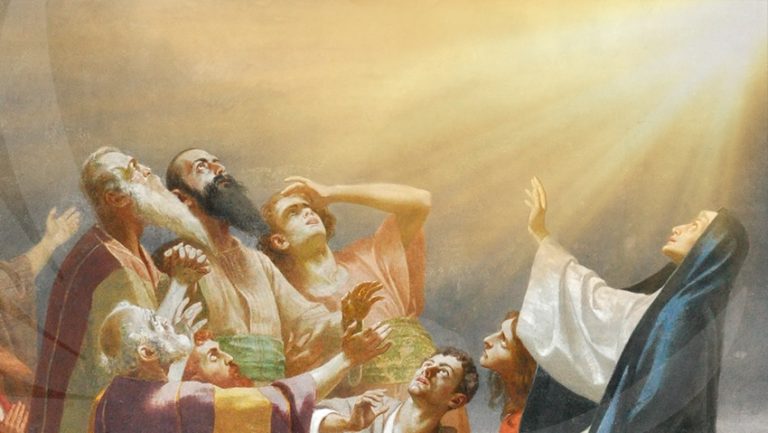 There is something controversial within us that is well worth scrutinizing. I am clearly referring to:

WHY ARE WE REFRACTORY TO DIVINE LIGHT?

The entire human mass of these dark times firmly believes that they have true spiritual longings, when in reality, every time it is put to test, it turns out to be a total failure.

On one occasion, a great being who was called Mahatma Gandhi clearly stated: “Christians are only Christians while they have a refrigerator full of abundant food…” This phrase, although it seems simplistic, contained a terrible and enormous truth. We are religious of a conventional nature, nothing more…, but deep down we do not profess any creed because we have become REFRACTORY to the divine, to the spiritual light.

Just like when our pupils, at a given moment, cannot withstand an intense light, and our body instinctively sends a message to the eyelids to shut down our vision, so our entire nature undergone a frightening vibrational change that leads it to, basically, repudiate everything that corresponds to the undertaking of the search for our religare, that is, for the union with our BEING…

In his monumental work entitled THE REVOLUTION OF BEL, the V.M. Samael describes to us, step by step, how and how much it cost the Avatar to remove that demonic entity ─namely: Beelzebub─ from the infernal spaces in which he lived and, to top it all off, he details us how he managed to convince one of the Princes of the Black Lodge to decide to leave the world of darkness and choose to return to the Kingdom of Light. However, we must say that the Patriarch Samael made the decision to lead Beelzebub toward the Great Light after having clairvoyantly observed that in the heart of that creature there still shone a blue light in the depths of whom went on to be, historically, a legitimate ambassador of the underworld…

That light ─the V.M. Samael tells us─ was the spring that achieved, little by little, with infinite patience, the miracle of the transformation of that lost soul of whom it has been spoken in varied manuscripts, ancient and modern, in a horrifying way. Mysteriously, that light was a fraction of TRUE LOVE that was still beating within that now redeemed monster. Master Samael describes to us in the work that we have previously mentioned the efforts that he had to make so that Beelzebub would become accustomed to the superior regions of the cosmos and, in this way, feel rejection for the infra-dimensions of nature. Quite a titanic task!

In our days, the human tide, due to the sinister force of the Ego and its sister the Law of Entropy, has turned its physical and psychic nature into something totally degenerate and it does not even suspect that it is in that state. This is even more serious. Let us see: this pseudo-human genus does not even know how to feed itself. It eats transgenic foods and, to top it all off, it does not even know how to select them. It eats meats with carbohydrates, brutishly, it eats disorderly, it eats at unhealthy hours and mixes all of this with alcoholic beverages, drugs and other arbitrariness of various kinds. It cares little about the eurhythmy of its body.

Likewise, the same happens with the impressions with which it feeds its humanoid psychic apparatus. It likes to feed its psychology with PORNOGRAPHIES, VIOLENT MOVIES, MULTITUDINARY SOUND SHOWS IN WHICH ALL COMPOSURE AND ALL ETHICS ARE LOST, and, likewise, in other bloody shows ─namely: boxing, formula one car races, crazy launches from a bridge tied to a rope (namely: bungee jumping), bullfights in which a defenseless animal is tortured to death, etc., etc., etc.─. It is unquestionable that all this long list of stupidities puts the centers of the organic machine totally out of control, namely: the intellectual center, the emotional center, the motor center, the instinctive center and the sexual center, resulting in an absolutely deranged creature even though it does not seem like it…

The strongest sting received by the rational humanoid comes from the vice of FORNICATION, since this vice causes horrible impacts on the central nervous system, as well as on the sympathetic and parasympathetic nervous system, greatly incapacitating it of becoming a person with the ability of having a reliable SENSE OF CONCENTRATION and BALANCE in all facets of his life. The experts in what we today call YOGA say that the current three-brained biped DOES NOT EVEN KNOW HOW TO BREATHE, and it is obvious that oxygen plays an essential role in brain activities. When there is not even enough oxygen that reaches our brain, it is clear that our psyche has no way to connect with superior vibrations and much less is it capable of experiencing the metaphysical phenomena that give meaning to what we call LIFE.

In this way, we have already said it in previous lines, the misnamed man of our days is only an entity that lives exclusively to eat, work, fornicate and sleep, like the beasts of nature; that is his daily mechanics and this is how he acts from the cradle to the grave. In such conditions we have, unfortunately, created for ourselves a way of living in an artificial manner, which is VERY IMPORTANT for all of us and we settle for it… We could clearly emphasize that we live established in THE UNREASONABLE, in other words, in A MALEFIC DREAM whose consequences already show that they are being catastrophic in the four cardinal points.

The surprising thing in all this, esteemed reader, is that, having been a totally wicked demon, BEELZEBUB kept within himself a trail of blue light that flickered in his depths, and such light was a remnant of what we have to call LEGITIMATE LOVE. Let us not forget that, according to the V.M. Samael, Beelzebub had been deceived by other demons many ages ago as part of what we call TIME. However, such a creature had set out on the path of evil clearly believing that this would bring him transcendental achievements and, accustomed to working for his superior boss ─Yahvé─, he exercised his demonic profession with much dedication. This is what we would call A SINCERE MISTAKEN ONE… Today, Beelzebub is a lady who lives in France and she was given a female body precisely to develop more love…

The serious thing about our current humanity is that, in addition to having deceived itself by identifying itself one hundred percent with everything that is VAIN AND ILLUSORY, it has come to Machiavellianly destroy CUPID, DEEP LOVE, and this has degraded it in such a way that it has gone from being human to ending up becoming a mass of worms. In these conditions, patient reader, we have become EMPTY HOUSES in which we do not even have that SMALL LIGHT possessed by that malevolent entity that the history of theology and demonology remembers with the name of Beelzebub. This is our misfortune.

Such is the reason why the V.M. Samael clearly says in many of his works, and especially in the one titled YES, THERE IS HELL, YES, THERE IS DEVIL, YES, THERE IS KARMA, that, currently, MILLIONS OF SOULS are entering the abyss ─namely: the infra-dimensions of Nature─ because they have already reached the end of their one hundred and eight life cycles and, as a consequence, they enter the Law of Submerged Involution…

In order to stop being REFRACTORY TO THE LIGHTS OF THE SPIRIT we urgently need to change our psychic nature and put in order our physical nature. We need to change the unhealthy habit of FORNICATION for the wise use of the TRANSMUTATION OF OUR CREATIVE ENERGIES. We need to activate our disks or chakras of our occult anatomy to understand the various phenomena of the cosmos and of nature itself in order to BECOME CONSCIOUS in such regions. We need OUR CONSCIOUSNESS to leave its prison, its dungeon in which it has been trapped, so that, it enjoys the freedom it deserves, makes contact with the so-called AEONES of the Spirit. In this way we will, then, have known what we were born for, why we exist, where we come from and where we are going.

Added to that degrading condition, both physical as well as emotional and psychological, many people have already driven their own psyche to the point of taking the ABNORMAL as if it were NORMAL. I mean HOMOSEXUALISM, TRAVESTISM, LESBIANISM… These are all mental illnesses, although the multitudes insist on denying it. In such cases there is already an absolute disconnection between these people and their inner Chesed, that is to say: their Intimate, with all of which such humanoids have self-declared themselves to be sure candidates for the submerged involution of the infernal worlds. In such conditions it is obvious that lunar coldness has made a nest in such people and it is very difficult to regain spiritual warmth. For such reasons, the V.M. Samael described homosexuals, lesbians and transvestites as lost cases and the considerations are obvious.

Please allow me to add to these lines some phrases for reflection:

“How foolish is the man who passes time uselessly.”
Goethe

“For majority of men, difficulties are the result of laziness.”
Samuel Johnson

“Only those who expect nothing from fate are masters of their destiny.”
Matthew Arnold

“Difficulties increase as one approaches the end.”
Goethe

MAY THE ETERNAL LIGHT OF THE THEOMEGALOGOS BE WITH ALL OF YOU.
Kwen Khan Khu