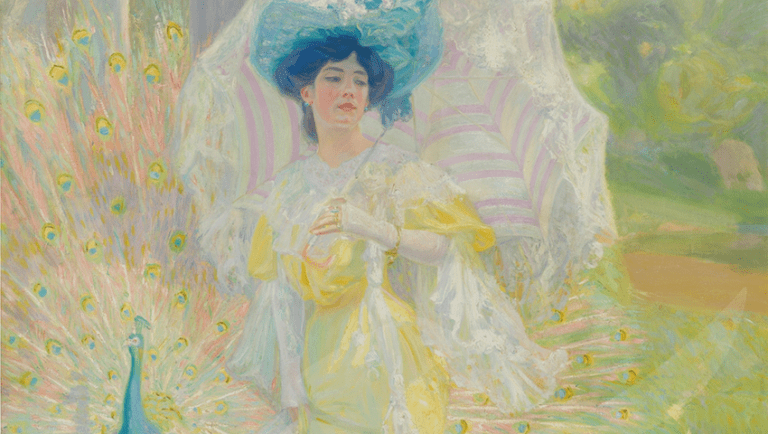 I write to you a few lines because I consider it important to take into account:

In many of his conferences on Gnosticism, our Patriarch Samael Aun Weor tried to speak to us and make us understand the very serious damage that the “I” of ARROGANCE can do to us, spiritually.

In no way do we exaggerate if we say that this aggregate is twinned with that other known as self-love and SELF-SUFFICIENCY.

The Holy Scriptures have abundant examples related to or linked to this shameful malevolent quality that is capable of leading us to what we call THE ABYSS. Suffice it to remember Simon the Mage and his tendencies to consider himself a celebrity in the field of magic. His self-sufficiency was so great that he did not want to follow the V.M. Aberamentho when the latter did his preaching. The end of that character was very sad, because he fell from a considerable height when he tried to show the crowds that he was capable of floating, but when the apostle Peter prayed the OUR FATHER that supposed mage lost his enchantment and died. Today we can still see in many Gothic cathedrals the chiseled image of Simon the Mage falling but into the abyss of spiritual perdition.

This monstrous energetic charge did not only manifest itself in the time of the apostles, no. It has always been shown that a messenger of Truth has tried to alert the multitudes to the danger of their psychological or satanic plurality, and that has caused enormous confusion among the disciples of a messenger of the White Brotherhood. It is enough to go back to the beginnings of our contemporary Gnosis for various cases to come to mind in which this “I” made traitors out of many Bodhisattvas who were rising following the indications of the Avatar of Aquarius. It was very sad for our beloved Master Samael Aun Weor to be betrayed by Masters who he himself had helped to rise.

Let us remember Enrique Benard, Bodhisattva of Master Yohani, author in the antiquity of the Apocalypse described in the New Testament. The same thing happened to David León Valencia, Bodhisattva of Master Sanfragarata, to Mr. Julio Medina Vizcaíno, Bodhisattva of Master Gargha Kuichines, and, in the same way, to the Bodhisattva of Master Kephren, ancient Hierophant in times of Pharaonic Egypt. In all these cases, these people, for lack of a deeper psychological death, got to feel terribly ARROGANT and SELF-SUFFICIENT enough to come to consider that they no longer needed the V.M. Samael to reach the end of their goals. CONCLUSION: What did all this end up with? ANSWER:  in the aberrant fact that today they are involuting, for the betrayal of an Avatar is paid for with that, with the INVOLUTION IN THE SUBMERGED WORLDS OR HELLS of the religions…

And the thing is that, certainly, dear friends, within us there is an evil adoration towards our own thoughts, feelings and words, as if we were self-realized and that it is the BEING who always speaks, feels or thinks. Quite a falsehood, because as long as we carry our ten thousand aggregates in our profundities we are not owners of ourselves, but we are only a puppet controlled in its day, in its hour or in its moment by a certain group of undesirable psychological aggregates…..

This is the reason why in the ancient Tibetan lamaseries the neophyte was kept for a long time –sometimes three years– doing trivial tasks such as sweeping and scrubbing the floor of the lamasery, mending the clothes of the other lamas already consecrated in their office, helping the temple cook to cut vegetables, etc., etc., etc. All this only pursued a single goal: that the neophyte be convinced that he was a nobody and, if he had grasped it, then, on any given day, he was admitted into prayers and monastic practices… Thus the directors of the lamasery made sure that this devotee would persist in the psychological self-decapitation and be a true Master one day.

Our teachings, dear reader, are profound, wonderful, and have amazing keys to bring us closer to our BEING and to make us move forward towards His kingdom. But what good is all this enormous continent of teachings if we DO NOT VALUE IT, if we do not give importance to the study of our anomalous psychology in order to be able to understand and modify it later? When will we reach enlightenment? When will we draw closer to our Father who is in secret? ANSWER: never, never, never, because if there is something that our sacred individuality —namely: the BEING— detests it is precisely ARROGANCE AND VAINGLORY OF ONESELF. By that deceptive way of always wanting to stand out in some way over others we will end up being, sooner or later, HANASMUSSEN, in other words,  abortions of the Divine Mother. Our spiritual growth will then have been IMPERFECT and our aforementioned STONE will have many edges that were never polished. This is the structure of the SELF-DECEIVED who allowed themselves TO BE DEVOURED BY ARROGANCE AND SELF-LOVE.

I know, Missionaries to whom I have said in a given moment:

“It is important that you go on this or that mission…”

And, to my surprise, I have come across this response from that person:

“I’m sorry but my Father tells me that I must disobey you!”

It is obvious that then I realize that this companion feels SELF-SUFFICIENT and, according to him, no longer needs any guidance… That is the state of our present humanity and the state of many who militate in our ranks…! These types of people would not hesitate to sell their Master if due to certain circumstances they were confronted with the authorities of this world. They would exchange their birthright for a plate of lentils quickly so as not to be persecuted…..

It is a VERY HARD test for every devotee to remain in SIMPLICITY and OBEDIENCE TO THE DESIDERATA OF THE WHITE LODGE, and, normally, there are very few who pass such tests. Removing the tarnish that has stuck to the gold is never an easy task ─it is said alchemically─, because you have to subject this gold –understand the word gold as virtues– to a strong igneous pressure. That igneous pressure has two components. The first is the same alchemical transmutation that we perform through the sacred ARCANUM A.Z.F. The second component is symbolized by a skull that invites us to DIE IN OURSELVES BY TAKING ADVANTAGE OF THE GYMNASIUM OF DAILY LIFE. But to purify the gold a determination on our part is necessary: to want to carry out a complete and not a half-finished inner work!

Usually, the companions who let themselves be swallowed by ARROGANCE AND SELF-LOVE are people who like to be admired and they are even able to keep a strong rhythm of esoteric practices just to boast in front of others, but not for true love of the divine Spirit, the BEING. In these things we must be very careful and meticulous so as not to be deceived by the iniquitous.

There is a Chinese proverb that says: He who considers himself innocent, when he does, at that moment has ceased to be innocent!, terrible proverb, illustrious reader.

Let me now leave you a few sentences for reflection:

“There is nothing as terrible as the misfortune of losing one’s innocence.”
Chateaubriand

“The big secret of being happy is to be innocent.”
Fociliades

“Innocence with its own light always shines through.”
Castilian proverb

“The strongest force is an innocent heart.”
Victor Hugo

“Innocence is always surrounded by its own splendor.”
Massilon