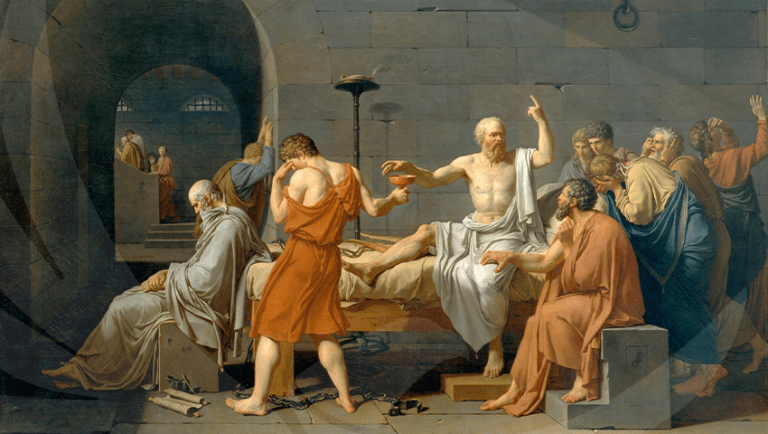 I want to send you a few lines on a doctrinal subject that I consider relevant, important and transcendental; I refer to:

WHY IS IT IMPORTANT TO ALWAYS TELL THE TRUTH AND, IF NECESSARY, TO DIE FOR IT?

If we study our teachings thoroughly, we find in them many assertions about the importance of always trying to get closer to THE TRUTH. Theologically, THE TRUTH itself is God and, by deduction, we can assert that THE TRUTH IS THE BEING HIMSELF.

When the Great Kabir of Galilee –the V.M. Aberamentho– went about in his preaching he said: “I am the way, the truth and the life”… At that time, he was referring not to himself as a man but rather to the representation he was making of the Cosmic Christ. Obviously, his sacrifice in his via crucis was frighteningly brutal, and with it he showed us all that in order to incarnate the TRUTH – that is, the BEING – we need to walk the christic path with all its consequences, very well explained by our beloved Patriarch Samael Aun Weor, whatever it may cost…

Our Avatar has told us repeatedly that those who become accustomed to lying throughout their existence, when they disincarnate and return to this valley of tears again they receive a deformed physical vehicle that will accompany them in that other existence until the hour of their death. And when we analyze this, we find that, certainly, the BEING, being the truth, is part of the beauty of the Creator, and if we constantly fall into lies of various kinds we will be directly attacking our Father who is in secret and, therefore, we will be moving further and further away from his kingdom, which is full of beauty.

It is curious that the so-called lost souls are always shown in the narratives, chronicles, mythologies and legends as monstrous beings, precisely because they never loved the TRUTH, they did not cling to the truth and the consequence is that we pay a very high price for betraying the BEING, among other things with our own ugliness.

The very same Nazarene indicated to his apostles: “Seek the truth and it will set you free”…, and with such phrases he was repeating to us: seek the BEING and He Himself will free you from the Wheel of Samsara and from all the sufferings that enslave us to be tied to existence. And the Great Master added:  “Seek the Kingdom of God and his justice and all these things will be added to you”, because the BEING contains everything, can do everything…, and is able to get us out of all the difficulties even if it seems impossible to us when we are experiencing them.

However, we must annotate in these pages that no one should boast about being a bearer of the TRUTH, and that is why when the Buddha was asked: “Are you the truth?” he replied with a prolonged silence. Likewise, when Pilate asked the Nazarene, “Are you the truth?” he expressed to the governor of Galilee, “You have said so!”; with this he wanted, well, to make it clear that it was Pilate who was saying it, but not him…

Undoubtedly, the TRUTH, being profound, accurate, fair and difficult to capture, is often AS BITTER AS GALL, and for us to digest it we need eternal values that help us to comprehend it in its entirety. It is here where our intimate Christ intervenes, because He, being a replica of the archetype of the Cosmic Christ in us, will fight with all his force to establish within us the true KINGDOM OF TRUTH, the KINGDOM OF THE BEING, even though such a task implies for Him to fight incessantly against our ten thousand psychological aggregates and He has to live, in the profundities of our souls, the same drama that the V.M. Aberamentho represented 2021 years ago in those biblical lands.

Many things have been written about the TRUTH and its antithesis, the LIE. One of them refers to an encounter between both polarities, and when the truth lowered its guard, the lie stole its clothes and presented itself to the world as if it were the truth. Since then, it is said that it is difficult for the truth to be recognized, because the lie tries to imitate it…

In another narrative we are told that on one occasion God sent men the NAKED TRUTH, but when she was descending from the heights and the multitudes saw her, they said: “That cannot be the truth, for she has no clothes”, in view of which the darkness sent a beautifully dressed woman, whom the multitudes did indeed accept. This gave rise to the proverb that tells us: “Transparent, crystalline and naked truth does not please man because he has no strength to resist it”…, enigmas, enigmas, enigmas …!

And what happens to all of us these days in which we live? Well, quite simply, that we are trapped in the nets of THE LIE and what is worse is that we have become accustomed to accepting THE LIE because our aggregates prefer to live in fantasies rather than to approach, or that we approach, the Kingdom of Truth. Let’s see, for example: has humanity perchance been told the truth about the coronavirus that we are suffering? We all know that the answer is no. Although humanity has been told that in order not to pollute our air that we breathe we could make water-powered vehicles, what has been our response? Well, that it is not possible and therefore it is better that we continue to make cars powered by fuels that pollute the atmosphere… Numerous scientists have shown that cancer is curable and, yet, do we believe it? Answer: NO! And in the meantime they continue to torture us with chemotherapy and radiation treatments that only relieve us and in the long run cause our death. There have been thousands of UFO sightings in the skies of various countries of our world. What is humanity being told? Answer: they are simply weather balloons, reflections of the sun, hallucinations of people, remnants of comets, etc., etc., etc. And all this is to deny the existence of other humanities that are more advanced than ours and much more intelligent than us. Thus, we could go on listing the endless series of LIES that keep this humanity trapped in the Machiavellian nets of FALSEHOOD. Without going too far, we the Gnostics, warned by our V.M. Samael Aun Weor, have been informed about the approach of a gigantic world seven times larger than Jupiter –the giant of our Solar System– and that this world will cause the changing of the axes of our Earth and we will then witness the extinction of our Aryan race amidst volcanoes, floods, hurricanes, cyclones, earthquakes, etc.; and yet, seeing what is happening around us, what have the rulers of our world done? Answer: they have said that, probably, by the year 2030 they will try to curb the global pollution caused, according to them, by CO2 emissions into the Earth’s atmosphere. By that time our planet has probably already become something uninhabitable.

In the field of the mystical, very beloved readers, the transcendence of the ceremonial that we call PRATIMOKSHA and that we practice in our hermetic chambers stems, precisely, from the fact that in it we publicly face THE NON-BEING, THE “I”, THE MYSELF, and we undress it by telling the TRUTH to all those present about our grave acts committed throughout our existence. This makes our animal Ego pale, it takes away strength from it and then the Divine Mother, our particular Stella Maris, destroys it in our metaphysical anatomy. In this way we get closer to our Inner Reality, our Truth, in other words, OUR PROFOUND INNER BEING, if we want to be SELF-REALIZED one day.

With all these reflections, illustrious reader, it is clear that the human progeny suffers from a dreadful blindness, a physical and spiritual myopia that does not even allow it to conceive the reality that we have become, that is, a failed race.

Allow me now to offer you a few sentences for your reflection:

“The vessel of fortune is the truth.”
Socrates

“Between two things that are dear to us, friendship and the truth, it is a sacred obligation to give preference to the truth.”
Aristotle

“Man does not live on bread, but on truth.”
Euripides

“For the wise no truth is bitter.”
Maurice Maeterlinck

“Every truth that appears on Earth is sealed with the blood of a martyr or a prophet.”
Lamartine