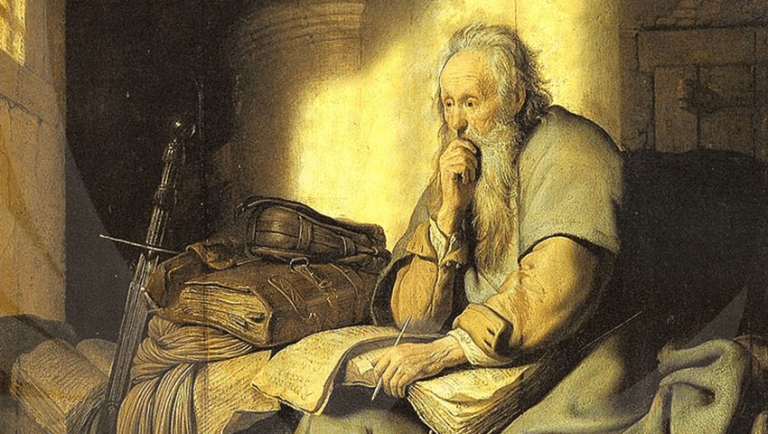 I approach you through these lines in which I want to show you some words of the Avatar of Aquarius, V.M. Samael Aun Weor, referring to…

“IN THE ESOTERIC WORK WE CANNOT GIVE OURSELVES THE LUXURY OF VERSA¬TILITY; those who have fickle ideas, those who TODAY WORK ON THEIR PSYCHE AND TOMORROW LET THEMSELVES BE SWALLOWED BY LIFE, those who seek evasions, justifications, to abandon the esoteric work, WILL DEGENERATE AND IN-VOLUTE.”

“Many of the people who get into Gnosis are usually so vain and foolish that they think this is a little school like any other. These poor people are sadly mistaken, because from Gnosis one comes out as an angel or a devil. That is the terrible reality of these studies. The one who gets into developing powers and does not sanctify himself becomes a demon, the one who wants to turn Gnosis into a business becomes a demon.

People are USED TO THINKING ACCORDING TO THEIR INTERESTS, VANITIES AND PREJUDICES, and when one enters Gnosis one HAS TO DIE IN ORDER TO LIVE. Intellectuals are not useful in these studies, this is very difficult for them.

They want to FATTEN THE MIND, AND IN REALITY, WHAT HAS TO BE DONE IS TO KILL THE MIND and then resurrect it totally transformed. This is not understood by intellectuals, that is why they are not useful in Gnosis, they do not understand these things.

This cannot be understood with reason nor with the intellect, this is a VERY PROFOUND MATTER OF THE CONSCIOUSNESS.

These are the Antichrists, those who listen to the word and then escape, those who HAVE LISTENED TO THE CHRIST AND THEN RETURN TO DARKNESS because the word seems hard to them; those are the perverse traitors who then scandalize men, those are the Judas who sell the Christ for thirty pieces of silver.

When they hear the word they are full of faith and then they let themselves BE CONFUSED BY DARKNESS AGAIN AND THEY VOCIFERATE AGAINST THE WORD OF THE LORD. For them it would have been better not having been born, to hang a millstone around their necks and to throw themselves to the bottom of the sea.

“IT IS THE SPIRIT WHO GIVES LIFE; THE FLESH PROFITS NOTHING. THE WORDS THAT I SPEAK TO YOU ARE SPIRIT AND THEY ARE LIFE, but there are some of you who do not believe. For Jesus knew from the beginning who they were who did not believe and who would betray him, and he said, “THEREFORE I HAVE SAID TO YOU THAT NO ONE CAN COME TO ME UNLESS IT HAS BEEN GRANTED TO HIM BY MY FATHER!  From that time, many of his disciples went back, and walked with him no more.” –John 6:63-66–.

Those weak ones who are and are not, those who withdraw, are the tenebrous ones, the Judas, the perverse Antichrists.”

Let me now outline the following:

Master Samael told the Instructors who were graduation in Mexico in his time:

“YOU HAVE DONE THIS INSTRUCTOR COURSE BECAUSE YOUR REAL BEING HAS SOUGHT DHARMA TO PAY THE LAW FOR YOU TO BE HERE, and all of us MASTERS WHO ARE CURRENTLY ACTIVE HAVE SUPPORTED THESE INSTRUCTOR COURSES. FROM THE INNER WORLDS YOU ARE SUPPORTED.

Undoubtedly, you now have, after having taken upon yourselves your responsibility as Instructors, the duty to pay the White Lodge for that help that has been received. When it is not done, when we seek evasions, and in the end, we leave the mission, YOU ARE CONSIDERED FRAUDULENT AND BEFORE THE LAW THAT IS A FRAUD of Gnosis internally.

Most of the people who betrayed Master Samael were people who, eventually, decided to stop their inner work. Then they felt tired and said, “I HAVE ALREADY DONE A LOT”.

And what happens? That this caused that, IN THE END, THEY ENTERED INTO ENTROPY, and when difficult moments came that they had to live, they were already unaccustomed to the inner work and the black forces swept them away, took them and put them against the Patriarch himself.

All those who HAVE DECLARED THEMSELVES MASTERS AND WHO HAVE THEN BEEN EXPLODING LIKE FIRECRACKERS were people who, according to them, had already worked enough, and that is a self-deception. WE WILL NEVER HAVE WORKED ENOUGH, believe me, because inner work sometimes requires three consecutive lifetimes. Unless we bring values already, such as Master Samael, who already had the bodies created, who began to vocalize and the chakras were reopened, and who began to work in the Arcanum and only had to raise the Serpents, but did not have to create the bodies.

I now add a few sentences for you to be profoundly reflected upon:

“Great things will not be done by the hesitant who doubts safety.”
Eliot

“True courage does not seek dangers, it faces them.”
Plutarch

“It takes more courage to suffer than to die.”
Napoleon

“Fear is natural in the prudent and to know how to overcome it is to be brave.”
Alonso de Ercilla