VOPUS Gnosis > Articles > What does it mean to obey the will of the Father? 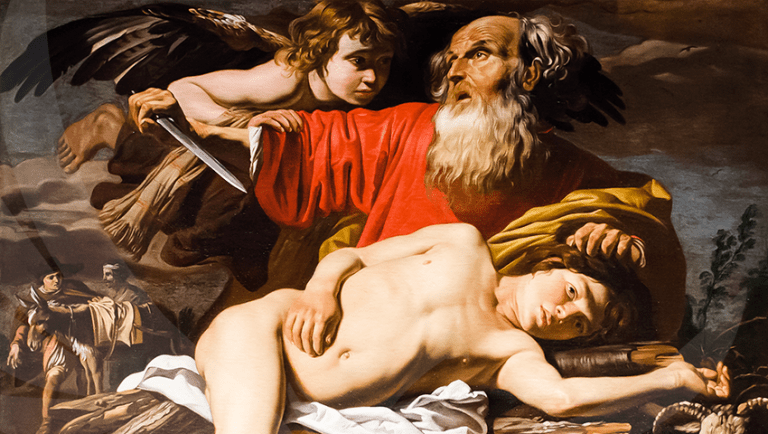 It is with great pleasure that I resolve to send you a few lines on an extremely important topic that we will call:

WHAT DOES IT MEAN TO OBEY THE WILL OF THE FATHER?

Apparently, when we talk about fulfilling the will of the Father, we almost always believe that with our daily actions we are doing it. Nothing could be more absurd and chimerical.

First of all, in order to do the will of the BEING it is indispensable that we accept His existence, that we believe in Him profoundly and that we are willing to follow His directives, whatever they may be.

Those lucky ones who have managed to see their REAL BEING directly through an astral or oneiric experience, at least already know who is that wonderful energy which is the portion of God within each of us.

On one occasion, at the house of the Venerable Master Samael, in the physical world, I asked the Exalted One:

“Master, how would we know that we are doing the will of the BEING in a given moment?”

The answer was as follows:

These words were a personal guide for me for many years, especially when I was carrying out missions of expansion of our sacred teachings. Obviously, later on in time, as my spiritual progress increased, then it became easier for me to feel the will of my Father who is in secret and to obey it.

We must know that to do the will of the BEING in our life it is indispensable to renounce our whims before many circumstances, whether they be sentimental, family, economic, religious, philosophical,  etc., etc., etc.

On many occasions, from this Coordination Office, I have known cases of maidens who have consulted us about the convenience or not of joining their lives to that of a certain individual, and, sadly, although we have indicated to them the INCONVENIENCE of that relationship, we have learned later on that that girl who made the consultation decided, on her part, to do the will of the “I” and went to live with the so-called “beloved”. Time, later on, determined the failure of that union and, when that maiden wanted to rectify, she had already lost many of her animic values and had suffered various moral damages.

Let us remember here that narrative quoted by the Holy Scriptures and in which we are told that God wanted to test Abraham’s obedience and commanded him to sacrifice his own son. The Bible tells us that this was something very hard morally for Abraham and it was difficult for him to convince his wife of the need to obey the Father, the BEING. Faced with that panorama, Abraham climbed a mountain where he had been instructed to perform that holocaust, and when he was about to fulfill God’s command he heard a voice that suddenly told him: “Abraham, Abraham, stop, do not sacrifice your son, what I wanted to know was how far your fidelity to me went!”.

Obviously, this was a reason of great joy for Abraham and for his wife, for by obeying the Lord they had managed to keep their son Isaac alive.

Let us also remember the story of Job when he was tested in his faith and in his faithfulness to the Creator. The BEING gave the dark forces permission to subject Job to a test of faithfulness and patience, and to do so allowed Job to suffer from leprosy that lasted eight years. During those terribly difficult years Job never protested against God or reacted angrily to those circumstances. At the end of the mentioned eight years, the Creator considered that Job was absolutely faithful to his designs and that disease stopped and, in addition, God made his flesh regenerate completely. Obviously, this story also has a symbolic meaning that we the Gnostics know, but the facts were the facts to the point that they became part of the sacred processes of the human soul trying to realize the entire Secret Path…

Life, dear reader, is a constant test for all of us, and we can only succeed in these trials by resorting to the obedience to our Father who is secret.

When we are overwhelmed by the scourges that our existence provides us, it is best to resort to meditation and prayer, praying at all times tothe BEING “Not my will but yours be done”… And our Father knows remedies and remedies to calm our anguish, pains, impatience, doubts that torment us, etc., etc., etc., let us not forget that.

Master Aberamentho himself, even though he knew the drama that awaited him, when he prayed on the Mount of Olives he turned to his Father who is in secret and prayed, saying: “Lord, Lord, if it is possible let this chalice pass from me, but not my will be done but yours”…

That is a proof of the supreme courage that we must have before the hardships of our lives.

On another occasion, right there, in the house of the Venerable Master Samael, I asked the Blessed One:

“Master, what would have happened if instead of becoming a Gnostic instructor I would have continued studying law at the university? “

I confess that this answer left me dumbfounded and, although I already felt in my heart the desire to become a disseminator of these sacred teachings, my determination to bring this message to the multitudes became much more rooted in my core.

So, friends, this matter of doing the will of the Father is not a mental thing or just any phrase, it is something very serious and we have to be patient so that the Father makes us see, internally or through the facts of daily life, what He wants for us.

On another occasion, I again had the opportunity to ask the V.M. Samael the following:

“What would be the signs of the Father to indicate that we are doing his will and not that of the animal Ego?”

I end this message, patient readers, leaving you a few sentences for your reflection:

“Knowing how to obey is the most perfect science.”
Tirso de Molina

“Do what your master commands you and sit with him at the table.”
Cervantes

“Piety and obedience, these are the roots of humanity.”
Confucius

MEMENTO MORI.
‘Remember that one day you will die’─.
KWEN KHAN KHU