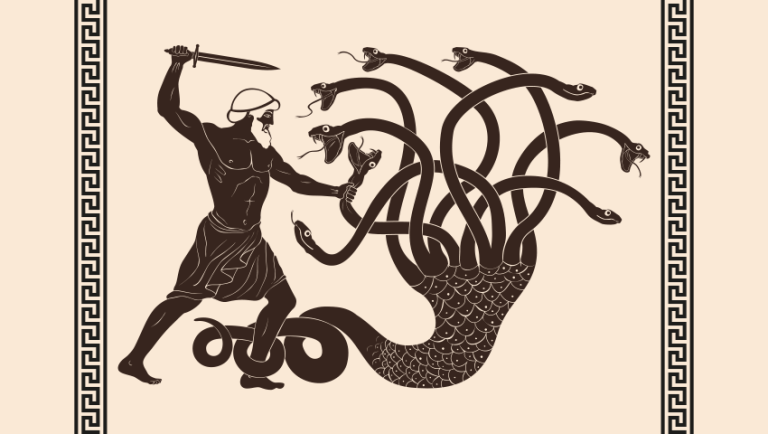 I send you this message about:

Regardless of the fact that we need to AWAKEN CONSCIOUSNESS to be able to better and better grasp the movements of the Ego in us and based on that orient our MYSTICAL DEATH so as to manage to do an effective inner work, there is a TRANSCENDENTAL REASON to fight for this awakening and it is none other than NOT STRAYING FROM THE SECRET PATH.

Unfortunately, dear reader, we already know that the Consciousness is trapped amongst our ten thousand undesirable psychological aggregates, and the only way to un-bottle it is to sharpen our SELF-OBSERVATION to reach A DEEP COMPREHENSION of these aggregates and, subsequently, through pleas to God Mother, achieve the elimination of them, this must be very clear.

The V.M. Samael stated many times that the sacred Arcanum A.Z.F. was only given in ancient Egypt to Initiates who already had thirty percent of awakened Consciousness. With this they made sure that the person involved in the mysteries would NEVER PLAY WITH SACRED THINGS and even less with the Arcanum or master key of Alchemy.

It is important to know, illustrious reader, that, although it hurts to say or affirm it, every person who has raised the seven Serpents of Fire and the seven Serpents of Light is, in addition to an Adept located on the cusp of the First Mountain, also a semi-hanasmussian individual, because within him or her THE LIGHT and THE DARKNESS are living together at the same time…..

Only if that Adept or Lady Adept resolves, with the permission of the Father, to enter the DESERT OF THE SAGES —namely: the Second Mountain— only then, through the rigorous fulfillment of the first nine Labors of Hercules and the eight years of Job, will he be able to get rid of the Evil One and then proceed —with his resurrected intimate Christ—to the Third Mountain; it is extremely IMPORTANT TO COMPREHEND THIS.

Therein lies the reason why characters who reached Mastery in times when Master Samael was in the physical world, then became traitors of the very Avatar himself. That was because THE “I” HAD NOT BEEN ANNIHILATED, understood?

Three cases come to mind that I consider important to comment on in this message.

In his works, the V.M. Samael tells us about a disciple who manufactured jeans, or denim pants, in his company, and refers to him because on one occasion this disciple ─of a superior chamber─ asked our Guru:

“Master, who will make jeans as I do until now if I eliminate the EGO?”

“Do you think that the BEING does not know how to make pants? Let me tell you something: the BEING would make better jeans than the ones you have made until now!, understood?…

Well, one night, when your servant returned with the V.M. Samael to his home after a superior chamber, it was 01:00 in the morning and, once Master Samael opened the door of his house, we both entered and, to our surprise, we encountered the disciple we are talking about in previous lines in an armchair in the living room. He had the light of a table lamp on. Facing that big surprise, V.M. Samael asked that disciple:

“Brother, what are you doing here?”

“I have come to say goodbye to you because you are no longer a true Master to me!”

I have to tell you all, dear friends, that in those days there was some very bad gossip going on about the life of our Avatar because our Guru had had to work in the Alchemical Magisterium with another hermetic vase, obviously following the instructions from his own Real BEING. Despite the words of that disciple, our Patriarch offered to give him any explanation that would be necessary about his processes, but that disciple flatly refused to receive explanations and asked to leave the house to depart immediately.

When the individual walked toward the street, Master Samael closed the door of his home and instantly sprung the following sentence on me:

“Poor brother, what he is doing is crazy and he is precisely about to conclude the fifth Serpent of Fire, but when the Consciousness sleeps we do not realize the outrageous things that we are capable of doing!  You see, you see brother?” ─addressing your servant.

That night I confess that it was very difficult for me to fall asleep, because that companion was leaving the Secret Path by betraying his own Guru…

I met, like other companions, Mr. Efraín Villegas Quintero, who was an international instructor and ─it must be said─ he was a nice person. This friend was visiting Master Samael in the days when the Avatar was in rather poor health. The Patriarch, in those days, commented to the one writing these lines:

“Brother Villegas has now finished the fifth Serpent of Fire and I think I must proclaim him as a Master to the students!

My person added to the words of the Avatar:

“Well, you are the Patriarch and you know better than anyone what needs to be done, Master!”

At a given moment, the V.M. Samael called this companion to his bedroom or deathbed and told him:

“You must know that the name of your Real Being is DESOTO, but you must not tell anyone. I will tell you internally when you should do it, understood?”

However, when the health of the Venerable worsened and people from other latitudes began to arrive to, in a way, say goodbye to the Avatar, this companion, Villegas, had already told many of those people the name of his Real Being, thus disobeying the Avatar. After the cremation of the body of the Avatar, he proclaimed himself as Patriarch 3, since Mr. Julio Medina Vizcaíno had already beaten him to it by proclaiming himself as Patriarch 2.

If I mention the name of these two persons I do it because they are already deceased, otherwise I would only write the acronyms of their earthly names.

The history of Gnosis was filled, for years, with many traitors of the Avatar of Aquarius. One of them was the man named David León Valencia, who was the Bodhisattva of Master SANFRAGARATA. This disciple had succeeded in raising all his Serpents of Light in Colombia when Master Samael was still staying in the Sierra Nevada de Santa Marta ─territory of Colombia─. However, although this companion came to be called The Golden Verb by the people because of the preaching he made, he decided to abandon Master Samael and move to the ranks of a Black Mage who at that time appeared in those lands and who responded to the name of Omar Cherenzi Lind. This Black Mage offered David León Valencia higher positions and more power on condition that he leave the ranks of Gnosis and so he did… I have to tell you all that this was a hard moral blow that the Avatar received in those times…..

Now, what was the secret reason for these things happening?

ANSWER: only one. Those Bodhisattvas DID NOT WANT TO DIE PSYCHOLOGICALLY and the EGO, THE “I”, THE MYSELF, played a trick on them, nothing more and nothing less than that. On the other hand, those Bodhisattvas only craved powers to fascinate people and that was their DOWNFALL.

MORAL: WHO KEEPS COMPANY WITH WOLVES WILL LEARN HOW TO HOWL! This can happen to any of us if WE DO NOT MAKE OURSELVES THE ENEMIES OF OURSELVES. It is fundamental to understand and COMPREHEND this… As long as we have the EGO ALIVE our Consciousness will sleep and we will not be able to realize the movements of the Beast within us and, although we are in advanced parts of the Secret Path, it can provoke our fall into disgrace and to abandon it.

I now add some sentences that I consider appropriate:

“Knowing how to obey is the most perfect science.”
Tirso de Molina

“Only obedience gives the right to command.”
Emerson

“There is no passion that blinds as much as pride.”
Breton de los Herreros

“Stubbornness is, without a doubt, a very serious evil because it leads us to discard the advice of others by clinging to our dictamen and resolution against considerations of prudence and justice. We must carefully guard ourselves against it because, having its root in pride, it is a plant that easily develops.”
Balmes

“The easiest person to deceive and betray is oneself.”
Lytton