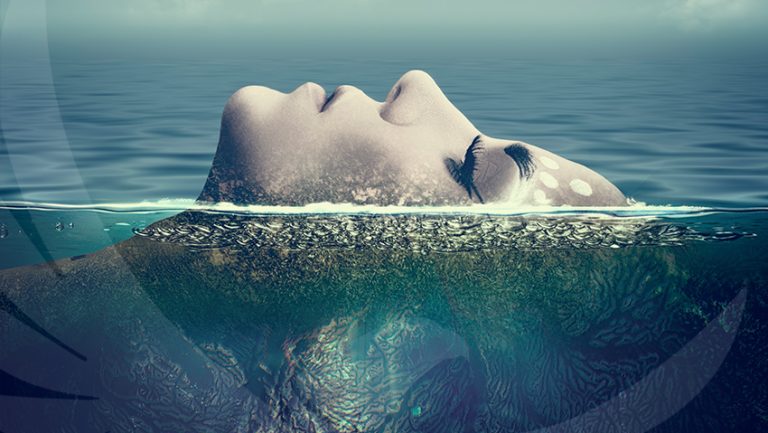 Thinking deeply and with full attention is strange in this involutive and decadent age.

From the intellectual center arise various thoughts coming, not from a permanent “I”, as the learned ignoramuses stupidly suppose, but from the different “I’s” in each one of us.

When a man is thinking, he firmly believes that he, in himself and by himself, is thinking.

The poor intellectual mammal does not want to realize that the multiple thoughts that cross his mind have their origin in the different “I’s” that we carry within.

This means that we are not true thinking individuals; really, we do not yet have an individual mind.

However, each one of the different “I’s” that we carry within uses our intellectual center, it uses it every time it can to think.

It would be absurd, then, to identify with this or that negative and harmful thought, believing it to be our own.

Obviously, this or that negative thought comes from any “I” that in a given moment has abusively used our intellectual center.

Really, the psychological defects that we have are so many that even if we had a palate of steel and a thousand tongues to speak we would not be able to enumerate them completely.

As a sequence or corollary of the above, it is crazy to identify with negative thoughts.

Inasmuch as it is not possible for there to be an effect without a cause, we solemnly affirm that a thought could never exist by itself, by spontaneous generation…

The relationship between thinker and thought is clear; each negative thought has its origin in a different thinker.

In each one of us there are as many negative thinkers as there are thoughts of the same nature.

Looking at this question from the pluralized angle of “thinkers and thoughts”, it happens that each one of the “I’s” that we carry in our psyche is certainly a different thinker.

Unquestionably, within each one of us there are too many thinkers; however, each one of these believes himself to be the whole in a given moment in spite of being only part of it…

The mythomaniacs, the egolatries, the narcissists, the paranoids, would never accept the thesis of “the plurality of thinkers”, because they love themselves too much, they feel they are “Tarzan’s father” or “mother of the chicks”…

How could such abnormal people accept the idea that they do not possess an individual, brilliant, marvelous mind?

However, such know-it-alls think the best of themselves, and even dress in the tunic of Aristippus to demonstrate wisdom and humility…

The legend of the centuries tells that Aristippus, wanting to demonstrate wisdom and humility, dressed in an old tunic full of patches and holes; he waved the staff of Philosophy with his right hand and walked the streets of Athens…

They say that when Socrates saw him coming, he exclaimed with a loud voice: “O Aristippus, one sees your vanity through the holes of your clothes”.

Whoever does not always live in a state of alert novelty, alert perception, thinking that he is thinking, easily identifies himself with any negative thought.

As a result, one strengthens lamentably the sinister power of the negative “I”, author of the corresponding thought in question.

The more we identify with a negative thought, the more we will be slaves to the corresponding “I” that characterizes it.

With regard to Gnosis, to the Secret Path, to the work on oneself, our own temptations are precisely in the “I’s” that hate Gnosis, the esoteric work, because they do not ignore that their existence within our psyche is mortally threatened by Gnosis and by the work.

If we accept those thoughts, those negative “I’s” that at a given moment control our intellectual center, then we will be incapable of freeing ourselves from their results.

We must never forget that any negative “I” “self-deceives” and “deceives”; in conclusion: it lies.

Every time we feel a sudden loss of strength, when the aspirant becomes disillusioned with Gnosis, with the esoteric work, when he loses enthusiasm and abandons what is best, it is obvious that he has been deceived by some negative “I”.

The negative “I” of adultery annihilates noble homes and makes children unhappy.

The negative “I” of jealousy deceives the beings who adore each other and destroys their bliss.

The negative “I” of mystical pride deceives the devotees of the Path, who, feeling wise, abhor their Master or betray him…

The negative “I” appeals to our personal experiences, to our memories, to our best longings, to our sincerity, and through a rigorous selection of all this presents something in a false light, something that fascinates, and failure comes…

However, when one discovers the “I” in action, when one has learned to live in a state of alert, such deception becomes impossible…