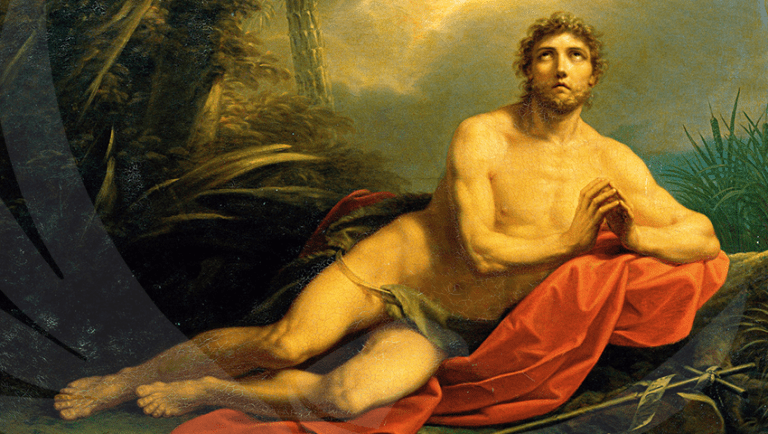 I hasten to write you a few lines on a controversial topic, I am referring to:

WHEN IS TRUE SPIRITUAL MATURITY ACQUIRED?

The issue of maturity is quite controversial as far as the human being is concerned. This is because it not only has a biological component, but it also has enormous psychological overtones.

There are those who say that maturity comes with age, but nevertheless, on many occasions we see adults at the age of 50, 60, 70 and even 80 committing really absurd acts, all of which leads us to the conclusion that age is not a decisive factor when it comes to acquiring MATURITY.

When a woman has had children, it is usually thought that this already gives her the right to have maturity, but reality shows us that being a mother, in our days, is not synonymous with maturity. I personally met a mother who liked her own daughter to be a prostitute, so what then?

There are mothers who, after having given birth to a child, then suffer a great hormonal decrease and they feel like committing suicide. Some commit suicide, others need urgent hormonal treatment and psychiatric assistance. Where was the maturity there?

Likewise, the fathers of families of our day, despite being the axis of the family, get drunk, beat their children, their own wife or induce their children to theft or drugs. And what happened to the maturity they were supposed to have?

Likewise, even clerics or priests, apparently dedicated to the study of the divine, have now become pederasts, child rapists, pedophiles, homosexuals, etc., etc., and they act, many of them, totally unscrupulously and in the name of God…..

Dear readers, although it is true that hormones incite us or incline us to the right or to the left, the truth is that they are not decisive when it comes to making us mature for the horizontal life and much less for the spiritual life.

When we scrutinize this topic in the light of the revolutionary psychology of Gnosis and in the light of the mysteries that are to enable us to reach the peak of the INTIMATE SELF-REALIZATION OF BEING, we discover that those who can bestow upon us the longed-for animic maturity are the various self-conscious and autonomous parts of our own BEING. In this way, for example, whoever has studied in all its depth the “I” of lust, has understood it a thousand times and his Divine Mother has eliminated it out of mercy; then he will have the animic maturity that will make him FEEL, UNDERSTAND AND COMPREHEND in the forty-nine levels of his psyche that SEX IS HIGHLY SACRED and the only thing he will feel inside will be A VERY DEEP RESPECT FOR THE WOMAN AND FOR GOD MOTHER, because both are parts of the same force: one that permanently lives in the superior worlds of hyperspace ─Stella Maris─ and her unfolding in the physical world ─every woman that we see─.

However, we already know that our Essence, our Consciousness, is the instrument of manifestation through which those sacred parts of our true reality could express themselves and, unfortunately, the Consciousness is trapped among the ten thousand undesirable energetic aggregates that constitute our ANIMAL EGO, all of which refers us to the imperative need to DIE PSYCHOLOGICALLY so as to activate those sacred forces that make up our Father who is in secret.

Really, patient reader, it is not enough to receive Initiations of Fire or Initiations of Light on this rocky path, we need to detach ourselves in a profound way from the fatalities of the Beast whose number is 666. Speaking clearly, we could assert that, as long as all the abominations that represent the “I” exist in us, we will not be able to reach the maturity necessary to comprehend the mystery of our BEING and His Kingdom, which must be comprehended deeply.

This brings us to the question of disintegrating, not only all the components of the inner Antichrist, but, furthermore, even the residues that normally continue to exist in a Self-Realized Master. Then we can speak of the perfection of Mastery, or of a Perfect Master, or perhaps of an ISHMESCH.

That is why there have been even Self-Realized Masters who have then been betrayed by aggregates that they did not discover within themselves. Those Philistines took it upon themselves to resurrect in those Masters the demons they thought they did not possess and, finally, they lost their Mastery.

When there is maturity, this quality clarifies in the Adept the grandeur of the majesty of the BEING and each day leads him to profound reflections that follow one after another in his psyche automatically. This is how the Adept detaches himself from the illusion of life and only longs TO NEVER EVER SEPARATE HIMSELF from his original starting point, that is, from his divine Monad.

It was this detail that led many Initiates to betray our Avatar. And these were people who were, supposedly, living the path. But they turned out to be, at one point, IMMATURE, and such weakness led them to failure later on. It’s that simple.

This is the profound reason why we need our prayers to God Mother, to the BEING, to the divinities, to be accompanied by a true feeling and longings to want to change our animic nature. For this we need to take advantage of the vicissitudes that we will encounter in order to SELF-OBSERVE and SELF-DISCOVER and then enter into deep reflections. For this reason, the V.M. Samael insisted on the imperative need to practice VOLUNTARY SUFFERINGS and CONSCIOUS SACRIFICES. Likewise, we must emphasize that it is necessary to have descended into the abyss during the first nine Labours of Hercules –corresponding to the Second Initiatory Mountain– and also to have managed to overcome the EIGHT YEARS OF JOB, so that then our inner king –the intimate Christ– may take possession of our soul vehicles and sit on his throne to fulfill his mission.

Let us remember that in one of the works of our Patriarch ─V.M. SAMAEL─, he tells us about an encounter he had in the causal world with a nun, who gave him the key to transport the body in the Jinn state. This key indicated that it was necessary to concentrate on our INNER PHILIP, to call him with much longings and to pray to him saying: “To the little heaven, Philip!”. This ─says the V.M. Samael─ would have to be repeated many times until we manage to place our biological organism within the fourth mathematical coordinate. Now, let us note that the one who gave such a key to our Avatar was a simple nun, she was not a Self-Realized Master. So, here is the question:  how did that nun know this key?

ANSWER: Such a nun enjoyed a fairly good percentage of Consciousness, she was quite DEAD psychologically speaking, and in the aforementioned nun parts of her own BEING manifested, which informed her of these wonderful things… Therein lies the importance of DYING PSYCHOLOGICALLY!

So, illustrious reader, let us remember that phrase that our adorable Guru repeats to us so much: “Only with death does the new come!”. Acquisitions of faculties, powers, etc., etc., will be of no use to us if we do not consummate the death OF THE UNDESIRABLE that we carry within. This must be our daily reflection.

I now add some appropriate sentences linked to this topic:

“Martyrdom requires that there be struggle, that is, someone who challenges virtue or truth.”
Fr. Vitoria

“Martyrdom is a rubric of faith.”
Fray Damián Cornejo

“Death is the purgatory of life.”
Roque Barcia

“Death gives lessons and examples; death takes our finger over the book of life.”
Jose Marti

“If you want to know what life is, ask yourself what death is.”
Hebbel

QUOD AGAS, ID AGAS.
─‘What you are going to do, do it’─.
KWEN KHAN KHU