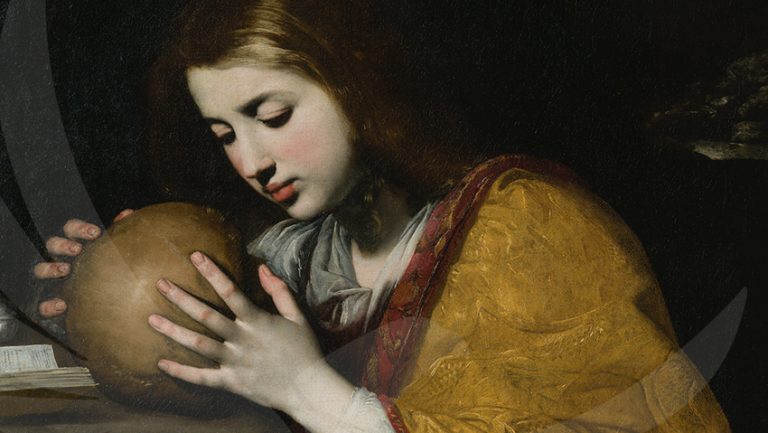 Allow me to send you some words about an interesting topic which is:

CONSISTENCY IN THE INDIVIDUAL PSYCHOLOGICAL WORK

One of the precious faculties that we must fight to acquire is, undoubtedly CONSISTENCY. We need to be constant, very constant in PERMANENT SELF-OBSERVATION. WE CAN NEVER LEAVE THAT FOR SOME WHILES OR MOMENTS when it pleases us. The force of the “I” is always active against us and we cannot afford to counter that force when we feel like it, no, it is impossible.

We must be constant in remembering our correct way of speaking, our harmony in the words we utter, constant in clinging to the MOMENT WE ARE LIVING to prevent the mind from always wanting to wander, leading us to remember situations of the past, oftentimes painful, comparisons, absurdities. The mind must be accustomed to LIVING THE MOMENT and it is therefore indispensable that we are constant in the PHILOSOPHY OF MOMENTANEITY. LIVING EVERY INSTANT IS WHAT INTERESTS US, every day of our existence; only like this will we be able to become, little by little, owners of OURSELVES…

We must endeavor to BE CONSTANT in prayer, in our practices, in our meditations, for the “I” is an iron wall that stands between us and the BEING, and we will not tear down such a wall by tickling it from time to time, during those moments when we remember the PARTKDOLG DUTY OF THE BEING.

Only in this way, dear reader, after thirty years, can we achieve victory over the “I”. There is no other way, we must take this INNER WORK as the UTTERMOST IMPORTANT THING OF OUR EXISTENCE, BECAUSE IT IS THE ONLY THING THAT IS BRINGING US, EVERY DAY, CLOSER TO OUR FATHER WHO IS IN SECRET. There is no other way….., unfortunately…

That’s why thousands of people come into Gnosis and then abandon it: they want immediate results. While the Ego is patient, waiting for centuries to take us to its terrain ─namely: the abyss─, we, stupidly, become IMPATIENT, and this is very serious.

Personally, I was never interested in the powers that can be acquired on this path, I was only VERY concerned about the state in which I was and I always felt that I was loaded with A LOT OF KARMA and the only thing that worried me was to get those karmas off my back and also to remove the ballast of the “I”. The powers ─I always thought─ were secondary and the URGENT thing was to take out from ourselves the shameful garbage that we carry inside; that was my PERSONAL PHILOSOPHY. Fortunately, my Divine Mother always listened to my prayers, during which it was impossible for me to avoid crying every time I invoked her. I really felt LIKE A LOST CASE. Over the years and thanks to the fact that I had given myself fully to THE SACRIFICE FOR HUMANITY, my alchemical practices were heard and then, little by little, I was observing that the strength of my aggregates was diminishing. I CLARIFY: THIS WAS NOT DONE OVERNIGHT, no; it was a slow process to which I had to resign myself. The V.M. Samael says it very clearly in the Pistis Sophia:

Thus, patient reader, THE REVOLUTION OF CONSCIOUSNESS is a lifelong task. Understand it well, please: IT IS FOR THE ENTIRE LIFE. In this way THOSE WHO ARE INCONSTANT WILL IRREMEDIABLY FAIL… Every step we take forward means paying to the GREAT LAW with diseases, agony, sadness, melancholy, feelings of loneliness, constant uncertainties, desire to leave the Secret Path, emotional crises, crying, etc., etc., etc.

The Avatar himself, V.M. Samael Aun Weor, had a moment in his life when he was almost ready to throw in the towel. He did not do it because, fortunately, his Buddhi appeared in the inner worlds riding on a Pegasus, she dismounted that horse and began to observe Master Samael from various angles to finally tell him:

“Yes, very bad!” The Patriarch replied, “I feel like I cannot continue anymore…”

The Valkyrie then invoked the Real Being of our beloved Master and directly sprung on him:

“Have you seen how our Bodhisattva is doing?”

“Well, if you don’t help him, he’ll fail, and if he fails, I fail, and you, ─referring to the Monad─ you’ll have failed…, okay?”

Seconds later, that adorable Valkyrie got up on her winged horse and set off to more occult places.

What does all this mean to us, dear friends?

It means only one thing: THAT IF THE AVATAR HIMSELF HAD TO FIGHT TO DEATH AGAINST HIMSELF to the point of feeling POWERLESS, then what awaits us…?

No one likes TO DIE IN HIMSELF, because it is a SUPER PAINFUL task, it means to rip out our psychological flesh and that, normally, produces a lot of PAIN, because the EGO is so glued to our occult anatomy, to our psyche, that we feel as if we are skinning ourselves alive. Hence the figure of the blessed XIPE TOTEC in the Aztec pantheon, the skinned, who symbolizes one who has treated himself WITHOUT ANY MERCY, WITHOUT ANY EXCUSE, to reach his Inner Reality.

“Consistency is the virtue through which all other virtues bear fruit.”
Graf

“What thing is harder than stone? What thing is softer than water? Well, soft water digs into the hard stone.”
Ovid

“Victory belongs to the most perseverant.”
Napoleon

“Consistency is not about starting but about persevering.”
Leonardo da Vinci