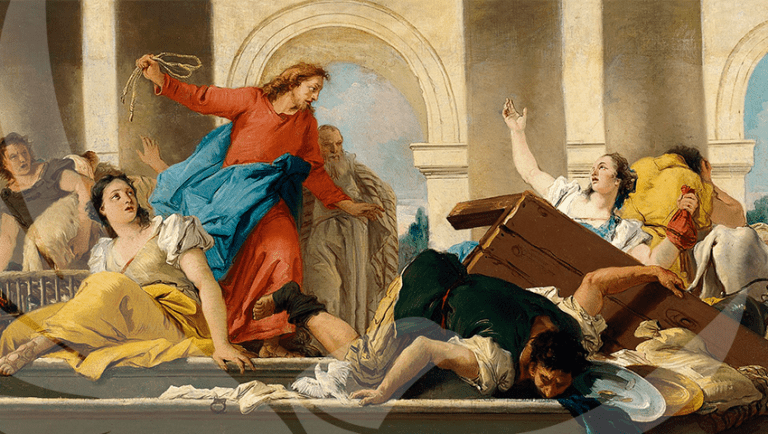 I am writing to you on this occasion to make the following very clear doctrinally:

THE FALSE CHARITY THAT DISGUISES COMPLICITY WITH CRIME

Since the beginning, our blessed Avatar and Patriarch, V.M. Samael Aun Weor, insisted to us and emphasized to us the urgent need according to which our members of advanced phases SHOULD KNOW AND PRACTICE THE ARCANUM A.Z.F. in order to truly create and save their souls. There was no Christmas Message from our adorable Master Samael that did not repeat the same thing in one way or another. It is precisely the key of the Arcanum A.Z.F. that differentiates a true School of Mysteries from all the merchandise of souls that exists in our day amidst all that parlance of failed religions and schools of pseudo-occultism.

That is also why right now THE GREAT LAW only recognizes Gnosis as a means of salvation for the souls who are incarnated in this dreadful Kali-Yuga. Nothing more and nothing less.

It is therefore terrible, mediocre, immoral, Pharisee, an absolute betrayal of the Eternal, that we celebrate our advanced activities while counting INVETERATE FORNICATORS among the congregation and, even more seriously, INSTRUCTOR MEN OR WOMEN who go around lustfully seducing girls or boys to take them to the bed of Procrustes, supposedly with the intentions of practicing SEXUAL MAGIC. Those who proceed in this way separate themselves from their Intimate, for they are betraying Him and they are spitting on the sacred garments of their REAL BEING. This must be made very clear…..

That there are male and female PSEUDO INSTRUCTORS is a joke in very bad taste, and already this humanity has enough karma accumulated upon it that now even Gnosis itself is, then, persecuted by the Lions of the Law.

Here, there and everywhere, we continue to meet families who complain that their INSTRUCTORS come to their homes to ask them to give their daughters because, according to them, the White Fraternity has sent them to practice SEXUAL MAGIC with them. Faced with such behaviors, those families are left in a state of shock and they think and rethink:  Can it be true that Gnosis is a doctrine of salvation? Isn’t all this a concoction of a few scoundrels to take advantage of the maidens and turn them into instruments to satiate their primitive instincts?, etc., etc., etc.

I want to tell all of you, friends, that SAHAJA MAITHUNA should only be practiced where there is TRUE LOVE between man and woman, and not simple lustful passions disguised as false mysticism.

From now on I tell you, emulating the words of our Avatar, in the name of the White Brotherhood: the supreme key must only be put into practice in legitimately constituted homes ─before the Great Law─. For those who want to play with this wonderful key, it will become a double-edged knife that will pierce their own flesh and turn them into HANASMUSSEN … He who has ears may he hear and he who has understanding may he understand, the Holy Scriptures say……

Those companions who being in advanced phases continue to worship fornication should not be accepted into our sacred precincts, and the instructor who accepts them must know that he is being an accomplice to the crime before the Solar Hierarchies. It is not an act of impiety or lack of mercy to expel these people from our advanced activities, for they only serve as channels for the black forces to sabotage the aforementioned practices. THAT IS THE SERIOUS, VERY SERIOUS THING, in all of this.

It would be quite another thing if a woman, for very serious medical reasons, had to choose between losing her ovaries or her uterus in exchange for saving her life. In this case A SUPERIOR LAW WASHES THE INFERIOR LAW. However, if that woman loves our teachings dearly and is willing to give her life for them, then we admit the aforementioned woman into our advanced phases. THAT IS WHAT WE WOULD CALL CHARITY before the Most High. The same could be argued in the case of a man who, unaware of our teachings, underwent a VASECTOMY and once he came to know Gnosis he felt a DEVASTATION that tortures him every day and that he still carries with him for having attacked the HOLY SPIRIT…, this is another story, companions.

Let’s not do what the failed churches do, which claim to preach THE LOVE OF GOD but tolerate that all their parishioners have made a pact with Satan in their private lives and FORNICATE INTENSELY to satisfy their own infernal psychological aggregates… All those souls are destined FOR THE ABYSS. Please understand that well!

The Hermetic Path is rightly called the Secret Path because it is made to be lived with an ethic superior to that of the crowds. In that other cheap morality go every Tom, Dick and Harry.  We DO NOT! We should not exchange our birthright for a plate of lentils. Is that clear?

That is also why it is said: “Since the beginning of time heaven is taken by assault and only THE BRAVE ONES have taken it.” And in the Book of Revelation we find these words:  “If only you were cold or hot! But because you are lukewarm, and neither cold nor hot, I will vomit you out of my mouth.”

We are already living the END TIMES and it is preposterous that at this point we have to explain these things to the people who try to follow Gnosis. We will advance with the wind or against all winds, not a step back!, but the laggards, the weak, the lukewarm, those who strain the mosquito and swallow the camel, those we will leave behind….. Know it well.

“He looks at all things with a manly firmness, as a man, as a citizen, as a mortal.”
Marcus Aurelius

“True strength is that which makes us unyielding whenever it comes to virtue.”
Plutarch

“Nothing exists that is so difficult that strength cannot overcome it.”
Julius Caesar

“If you want to be sincerely virtuous, you have to act with frankness”
Rousseau