VOPUS Gnosis > Articles > The enchantments of the earthly paradise 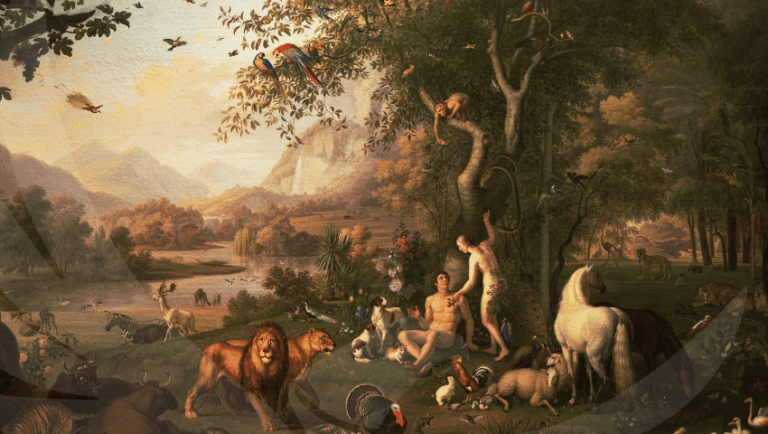 I send you some excerpts from a conference by our dear Avatar that I find extraordinary. The conference is entitled:

THE ENCHANTMENTS OF THE EARTHLY PARADISE

The whole Earth is nothing more than a mental form that emerged from the Omeyocan, from the very “navel” of the universe, at the dawn of Creation. This mental form called Earth, with all that has been, is and will be, was crystallizing little by little until taking the current form. The crystallization took place in accordance with the Law of Octaves.

So, in reality and in truth, a day will come when this Earth, or mental form called Earth, will begin its inward and upward movement until it is lost or dissolved again in the Omeyocan.

The human body, therefore, is a crystallized mental form, and the whole secret of the Jinn state is nothing else than knowing how to act on the human physical body through the will. If we accept that it is a form of the mind, a crystallized form according to the Law of Octaves, we are on the right path for acting upon the physical body and placing it within the unknown dimension. Is that possible? Yes, it is possible. What is needed is only will and imagination united in vibrant harmony. By that path we will reach the path of triumph.

Let us remember that the twelve apostles of whom the Christian Bible speaks to us exist within us. They are within ourselves, here and now. Let us remember that within us the Philip of the Christic Gospel, who was to disappear carried by the hurricane of the storm, also exists within us. That Philip has powers over the physical form which, as I said, is a crystallized mental form. If you have faith in Philip, you can manage to place the physical body within the fourth dimension. I am not referring to a historical Philip, I am not referring to the one who in other times made the Jews pale in the Holy Land, I am not referring to that serene mystic who appeared as if by magical charm. I refer to the inner Philip, since the twelve apostles are within ourselves, the twelve fundamental parts of our own Being. One of those parts is called Philip.

If someone invokes his Philp while dozing off, he will obtain formidable wonders. It would be enough only for him to get up from his bed at the right time, at times when he would see himself as being fat, like obese; at times when he would feel in a state of extraordinary spiritual voluptuousness, and with faith in Philip, rising from his bed, he would immediately enter the Garden of Hesperides, the Garden of Delights, the Earthly Paradise.

I now add some sentences for you that are appropriate to reflect upon:

“The great, indestructible miracle is the human belief in miracles.”
Jean Paul Richter

“Miracles happen outside the order of Nature, and mysteries are those that look like miracles and are not, but cases that happen sometimes.”
Cervantes

“All miracles are like this ─sudden─. The miracle ─said one thinker─ is nothing more than the sudden appearance of a hidden reality.”
Amado Nervo

“What is the most sublime surprise? That of the one who finds God within himself.”
Amado Nervo

“I know of no such unquestionable badge and ensign of a sovereign mind as that of tenacity of purpose that invariably follows its path to the end.”
Emerson