VOPUS Gnosis > Articles > Why are there divine Monads that are more daring than others? 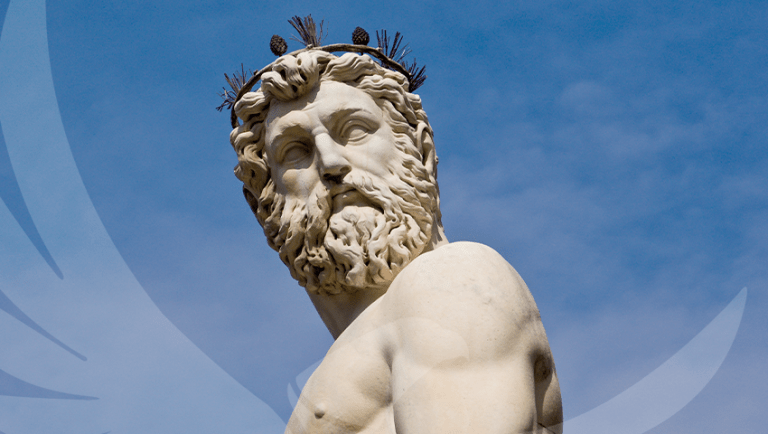 Allow me on this occasion to send you a message to try to understand:

WHY ARE THERE DIVINE MONADS THAT ARE MORE DARING THAN OTHERS?

Our Gnostic doctrine has often let us know everything concerning the LAW OF TRANSMIGRATION OF SOULS and its correspondence with the final destiny of them all, absolutely all the souls in the scenario of creation. According to this law, each Monad is assigned 3,000 cycles of manifestation during one or several Maha-Manvantaras. Each cycle consists of 108 human existences, during which the souls will attempt to realize within themselves the famous RELIGARE of religions.

Between cycles ─Gnosis tells us─ there is a descent into the UNDERWORLD or the infernos, tartarus, avernus, described by all the theogonies and theologies of our world. In Gnosis, we call this INVOLUTION. The latter is done for the purpose of ELIMINATING THE MALIGNANT ENERGY THAT WE CALL EGO OR SATAN and which, unfortunately, we have accumulated during that cycle of existences. Once such dross is eliminated, then that soul must adapt to the LAW OF  EVOLUTION, which will make it ascend through the mineral, plant and animal strata until it reaches a new cycle of human existences.

This repetition of existences is what Hindus call THE WHEEL OF SAMSARA in their credo, just like the Buddhists…

However, the curious thing about these doctrinal revelations is that, according to our Patriarch, there are MONADS without longings for self-realization, all of which seems absurd or astonishing, but this phenomenon exists.

Now, friends, if indeed the divine Monad, our PROFOUND REAL INNER BEING, has sent his Essence or human Soul to creation just so that she may acquire experience and through it understand the mysteries of life and death, how can it be possible then that he does not stimulate her from within so that she may return to her original starting point? Enigmas, enigmas, enigmas!

Our Patriarch, the V.M. Samael Aun Weor, alerts us all regarding the need to:

1st. MAKE OURSELVES AS SOLAR MEN in order to free ourselves from our solar system.

2nd. MAKE OURSELVES AS GALACTIC MEN in order to free ourselves from the laws of our galaxy.

3rd. TO THEN TURN OURSELVES INTO INFINITE MEN.

All this so as to end up, finally and forever, in the core of THE ABSOLUTE ABSTRACT SPACE ─namely: the AIN─ and then to never leave it, because we become part of the very THEOMEGALOGOS itself which is THAT WHICH HAS NO NAME.

We must know, dearest reader, that every time we reach one of those degrees it will be because we will have made the corresponding PHILOSOPHER’S STONE and, probably, when the Cosmic Night of the Maha-Manvantara in which we have done it arrives, we will enter what the Gnostic Kabbalah calls the AIN SOPH, a region in which we will then live that COSMIC NIGHT, during which the seeds of life are collected within the bosom of the COSMIC WOMB while waiting for a new dawn ─namely: a new Maha-Manvantara─.

Our blessed Guru also emphasizes to us that when we will have done the GREAT INNER WORK for the second time –a new Philosopher’s Stone– we must, in the same way, withdraw into the AIN SOPH during the corresponding Cosmic Night to wait for a new Cosmic Day to open later on and return to MANIFESTATION again. In these returns to the manifestation the soul of the Initiates has, obviously, been gaining more and more divine hierarchy and will have been working for other humanities.

On the third occasion when in the Forge of the Cyclops –divine sexuality─, through the use of ARCANUM A.Z.F., we will have created once again a new red carbuncle or precious gem ─namely: PHILOSOPHER’S STONE─, then we will have become Infinite Men or Women and that will entitle us to enter, no longer into the AIN SOPH of the ABSOLUTE ABSTRACT SPACE, but into the very AIN itself, the occult of the occult, that which we would gnostically call AELOHIM ─God without form─, because we will have become PARAMARTHASATYAS  –authentic inhabitants of the Absolute forever─.

So far everything is understandable dialectically, patient reader, but in the midst of all this it is well worth asking ourselves a question: Why do some Monads want or dare to make this entire journey and others do not?

ANSWER: Each Monad has a different perception of what creation and manifestation are, and this is the secret trigger that increases or decreases the yearnings in it, even if it is difficult to understand it…

When the V.M. ABERAMENTHO ─namely: Jesus Christ─ did the GREAT WORK, he had already made SIX PHILOSOPHER’S STONES in previous Maha-Manvantaras. There is no doubt that it was a Monad LADEN WITH DIVINE YEARNINGS, this is unquestionable. Therefore, SPIRITUAL LONGINGS play a leading role in this thing of the Monads daring, when wanting to bring out of their STONES all that they may contain in their potential. There is no doubt regarding the experience accumulated in the Bodhicitta of this great BEING because of his sacrifices in different times and with different human groups.

It is good to clarify that it is not necessary to do THE PHILOSOPHER’S STONE SEVEN TIMES as something compulsory, because Master Samael himself speaks of those THREE CATEGORIES of works with the Stone of Splendors. Never did the V.M. Samael indicate the former in any of his works, but he did emphasize in what we have called THE FIFTH GOSPEL upon the need to free ourselves from the Solar System ─becoming Solar Men or Women─, to also free ourselves from our Galaxy─ ─becoming Galactical Men or Women─, ending up becoming Infinite Men or Women or PARAMARTHASATYAS.

Here the words of Emmanuel Kant take on a transcendental value, when he stated, “The exterior is a reflection of the interior…”, and that phrase is reason for us to focus on what is good or on what is evil…

Likewise, esteemed reader, if we remember the great Hermes Trismegistus, he tells us: “As above, so below and as below, so above”,from which it is perfectly clear that what is immensely high has repercussions on what is immensely low. And from there, similar to a carom, we will say, “The great Angels have once been great Demons”… May he who has understanding understand, because there is wisdom here…

As a curiosity, allow me to tell you something that happened to me once in the city of Belo Horizonte ─MG─, in Brazil. Your servant held instructor courses in that mining town and used to go to a hotel which at the time was called LIBERTY ─because today it no longer exists, regrettably─. In front of that hotel there was always a shoe shiner, or LIMPIABOTAS, and your servant always went to him to renew the leather of my shoes. On one occasion, as this man was shining my shoes, I concentrated on my blessed Real Being and asked him: “My Father, who is this man?” for I felt some sympathy for him. To my surprise, from within I heard the voice of the Eternal saying to me, “This man is a fallen Bodhisattva, he is a fallen Throne…”. That affirmation from my sacred intimacy made me stunned… That simple man was there, earning his daily bread on the street, and he was absolutely asleep as far as his Consciousness was concerned. This explained the fact that he was, among other things, hypnotized by the female sex, and to every woman who passed by on that sidewalk he immediately sprung various compliments. Normally, a good chemistry was established between that character and your servant. Moreover, it must be said that, sadly, the “I” of alcohol held him prisoner and every Thursday he gave himself a vacation and then it was easy to observe him swearing and talking to himself about life, about fate, about death, etc., etc., etc., all day long. People already knew him and therefore they did not give any importance to his words. That good man was punished by the Archons of the Great Law because he was a fallen Bodhisattva…

There is always, dear friends, an option to perfect ourselves or surrender ourselves to the abyss.  The Creator gave us free will for that, otherwise he would have been a tyrant.

It is interesting, at this point, to remember the phrases that make up the Lord’s prayer,because in it we say:

“Thy kingdom come. Thy will be done, on earth ─in the physical world─ as it is in the heavens ─in the superior worlds─… Do not let us fall into temptation ─identifying ourselves with the mirage of life─ and deliver us from evil. AMEN…”.

There it is, summarized the MYSTERY OF BEING, for He has the last word…

Let us meditate deeply on these transcendental things, illustrious reader, as our present existence passes:

“If you want to be well and to take advantage, look at yourself as banished and a pilgrim upon Earth.”
Imitation of Christ

“Banished from his homeland, who can escape from himself?”
Horacio

“Men at some time are masters of their fates.”
Shakespeare

“Everything that shows me God within me strengthens me. Everything he shows me outside of me weakens me.”
Emerson

“God is the beginning, the middle and the end”.
Plato

I send my greeting to all of you. Very fraternally,
Kwen Khan Khu