VOPUS Gnosis > Articles > The mystery of that creature we call man 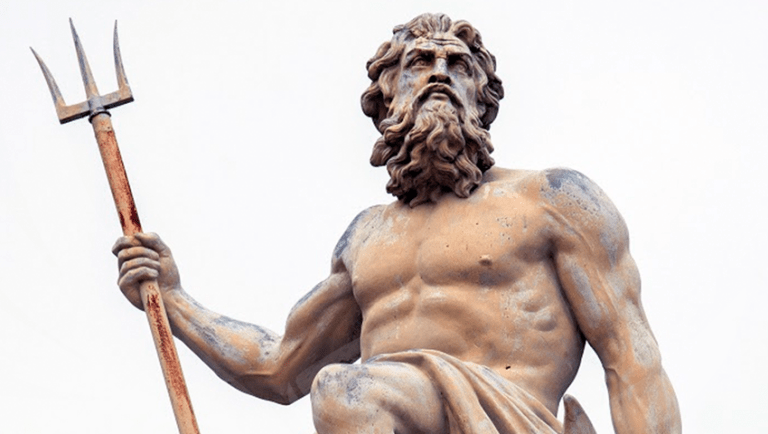 I send you a few lines to understand…

…THE MYSTERY OF THAT CREATURE WE CALL MAN

MAN: That was the spiritual stature you had when you were created in the image and likeness of the Great Architect of the Universe. Then you were the Adam Kadmon, androgynous and endowed with the power of the verb. Neither the volcanoes, nor the seas, nor the earthquakes that made our planet tremble could resist you; you controlled everything with the golden tongue that flowed from your throat. You communicated with your Lord face to face because you were the essential part of his project.

You were then an innocent creature…

You were given power over the mineral, plant and animal kingdoms, and you were given permission to make yourself the lord over every creature.

However, when you were Hyperborean you had already distanced yourself from your origins –the Absolute Abstract Space– and the gunas began to become unbalanced in your physical and spiritual anatomy. When you finally had a cellular body and inhabited Lemuria, you were still a hermaphrodite. You continued to enjoy the instinctive perception of cosmic truths and that led you to see the future of the human race. A future that shook you and filled you with terror.

To comfort yourself and make you fall in love with life, demiurges were sent who made a fatal mistake. These demiurges separated your igneous potential—Lucifer—from the control of your BEING, and this began to develop desires in you that you did not possess before. You were then endowed with the Kundartiguador Organ, an energetic tail that later became physical. With this appendage you were able to help stabilize the Earth’s crust, which was shaking ceaselessly. You were the receiving machine of types and subtypes of cosmic energies that you transformed and retransmitted to the inferior layers of our world.

But, woe to you! When that organ was removed, mutations began to occur in your organism and hermaphroditism disappeared from your nature so that a part of you that they called woman remained differentiated. With that Eve you began to turn away from your creator by practicing the vice of fornication, losing your angelic status and your divine faculties. Thus began your decline.

That was when the Lyre of Orpheus fell to pieces on the pavement of the temple. You lost the sacred tongue and, in return, you created the tower ofBabel─the different languages of our world─. This tragedy was only the beginning of your tribulations and therefore you were cast out of the Earthly Paradise—the realm of Consciousness— to which John Milton sang in his great novel Paradise Lost.

What then happened was the birth of the origin of your pains since millennia and up to the present day. You begot the pluralized animal Ego, which was becoming the owner of your Consciousness,turning you into its puppet. Since then you have been subjected to the circumstances determined by the Lords of Karma. Now everything happens to you and you don’t even know why. You lost your status as a Man to be reduced to the condition of a rational humanoid.

Heaven and the White Brotherhood have wanted to help you since then and to this effect enlightened beings came from other worldslike Sanat Kumara, founder of the blessed White Lodge on our planet, who established temples to assist the repentant ones so that they could regain the divine category again. But there were not many who sought the light. Only a few had the courage and boldness to fight against the inner tyrant and his blasphemies. Those few became sacred individuals again who, moreover, now possessed the knowledge of Good and Evil.

The races have passed on our planet and in the midst of the history of each one of them there have been appearing titans that have striven to want to restore on Earth the divine order of the beginnings of creation. That is what the Manú Vaivasvata wanted in his time ─that of Atlantis─. However, only a few wanted to follow the Great Light. The rest was swallowed together with that continent by the waters of the ocean that today bears its name –the Atlantic─.

The survivors of that catastrophe gave rise to the current race –the Aryan race─. The present race has known various Avatars, Prophets, Patriarchs, etc., etc., etc., such as Moses, Krishna, the V.M. Aberamentho, Buddha Siddhartha Gautama, Tsong Kha Pa, Fu-Ji; all of them were repudiated by the multitudes, who even went so far as to crucify them, poison them, exile them and endless abuses that our history records.

You corrupted your companion, the millennial Eve, in a thousand ways to accompany you in your outrages. Even today she remains the representation of God Mother, which matters little to her, and this has turned her into a sack of desires that walks aimlessly… You, evil humanoid, have been the architect of this evil that has led the woman to become a viper who even fights to abort her own children as if it were a great feat.

You became an expert in the evil art of war and you have, willingly, broken all the sacred codes left in this world to show you the way back to the Father. You have trampled on the Mosaic Decalogue and now, devoid of love and Consciousness, you are planning the extermination of your fellowmen through a third world conflagration that will return us to the Stone Age.

Fortunately for some and very unfortunately for others, the Sacred College of Initiates sent an Avatar with the experience of other Maha-Manvantaras. He is a planetary Logos, Genie of the planet Mars, whose Bodhisattva is the V.M. Samael Aun Weor, who has left us an extensive written work in which it is described, step by step, what we have to do within ourselves to reunite with our BEING and, consequently, be saved animically and physically from the great tragedy that is coming for this race that became perverse in the eyes of the solar dynasties.

There is little time left and nothing and no one can stop the karma in action. Now more than ever, this malevolent generation will have to decide whether to become angels or demons, eagles or reptiles; the die is cast!!

I leave you now a few sentences to reflect upon:

“We are healed from suffering only by experiencing it to the full.”
Marcel Proust

“The woman is always the subject of more causes of pain than the man, and she suffers more than he does and she endures suffering better.”
Balzac

“For God suffer poverty, illness, labors and affronts patiently, and you will be rewarded.”
Saint Teresa of Jesus

“He who fears suffering, already suffers what he fears.”
Montaigne

“Happiness is not a reward but a consequence; suffering is not a punishment but a result.”
Robert G. Ingersoll