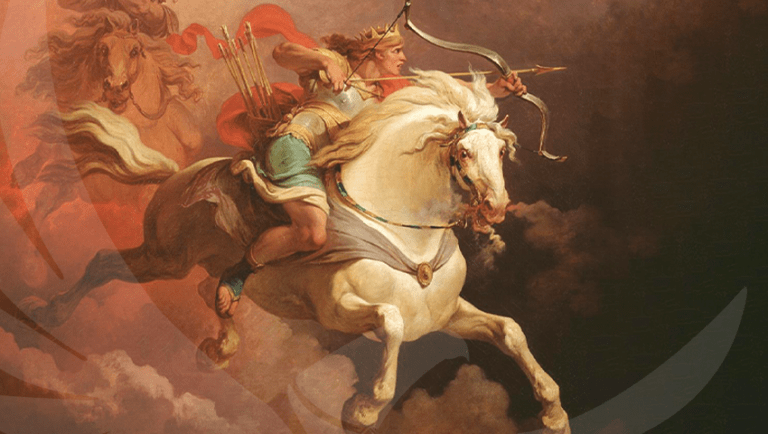 I send you a prophetic letter sent by the V.M. Samael to a disciple in 1957. This companion forwarded this letter to the magazine then called ABRAXAS. The whole letter of the Venerable is a tremendous prophecy about what is coming for this humanity, here it is:

“By the year 1957 Master Samael Aun Weor, Avatar of Aquarius, sent me this great prophetic teaching and it is my desire to make it publicly known.

1. That Moon that shines in the sky today is a corpse. In the past it was a world full of life. There a humanity unfolded. That world gave seven races and died. Today it is a corpse.

2. When the life of EARTH-MOON began its return toward THE GREAT LIGHT, I had to fulfill there THE SAME MISSION that I am now fulfilling here on Earth.

3. I founded the GNOSTIC MOVEMENT, I taught the Fifth Truth, I fought against evil.

4. The result was that my enemies multiplied. A lot of traitors showed up.

5. However, traitors were always ISOLATED so that they could not cause harm.

6. Every evil beast must be “ISOLATED” so that it does not cause harm.

7. In the ancient EARTH-MOON I taught the Fifth Truth.

8. At the end I had to live the drama of the PASSION AND DEATH of our DIVINE REDEEMER.

9. THAT IS THE PATH OF ALL INITIATES.

10. WHEN THE LIGHT RETURNED TOWARD THE GREAT LIGHT in the ancient EARTH-MOON, those who received the Fifth Truth rose to the ANGELIC STATE. The majority of the LUNAR HUMANITY rejected the FIFTH TRUTH and sank into the abyss. Now they are the lunar demons, terrible and wicked.

11. Well-beloved disciple: listen now to a terrible truth. You will remember that in the year 1950 our book THE PERFECT MATRIMONY came out. In that year we started the GNOSTIC MOVEMENT. Know that in 1950 THE EVOLUTION OF THE EARTH began its return to the GREAT LIGHT.

12. A planet 3,200 times greater than Earth is approaching our WORLD.

13. That planetary visitor acts magnetically on the axis of the Earth. This intruder planet is completing its orbit around another sun in a time of 6,666 years.

14. This is a very primitive, backward PLANET. Its civilization is still in the state of CAVE MEN. The PSYCHE of its inhabitants has always been, therefore, of a SEMI-HUMAN, ANIMAL, INFRA-HUMAN kind. Therefore, the AURA of that PLANET is exerting its influence on our Earth since the year 1950. Its influence will reach its culmination in the year 1999. [Clarification: Later, in the work The Secret Doctrine of Anahuac, the V.M. Samael rectified and emphasized that HERCOLUBUS would not yet appear in plain view in 1999].

15. This influence is exerted on one-eighth of our journey around the Sun; therefore, it will manifest itself more intensely over a period of approximately forty-six-days per year. You must know that this PLANET must not cross OUR PLANET either obliquely or vertically, but must be tangent to and at an angle to our Solar system. You can see its influence on Earth in the rivers flooding without apparent cause as they withdraw from their riverbeds, unforeseen atmospheric changes, torrential rains where it did not rain before, etc., etc., etc.

16. I want, dear disciple, for you to know that this INTRUSIVE PLANET exerts on our Earth an influence of MAGNETIC SUCTION. That planet SUCKS, ABSORBS. Naturally, its BESTIAL AURA absorbs all those souls whose auric vibration is also beastly. It is, simply, the same phenomenon of a magnet and needles, a phenomenon of magnetization. THE ABYSMAL AURA of that planet swallows millions of souls.

17. THE ABYSS IS OPEN. Millions of people already dwell in the ABYSS, even if they have a physical body. During these times many go to bed peacefully and when they wake up they no longer have the INTIMATE. Anyone who loses the INTIMATE enters the abyss. These people are EMPTY HOUSES, they have lost the INTIMATE. These soulless persons correspond to the description of ISAIAH.

18. In my hearing the Lord of hosts said, “Truly, many houses shall be desolate, great and beautiful ones, without inhabitant. ─Isaiah 5, 9─.

20. MANY WILL BE CALLED AND FEW WILL BE CHOSEN! Each will receive according to his works. THE END TIMES ARE UPON US!

21. The same thing that happened in the ANCIENT EARTH-MOON is happening now. By 1996 those who definitively reject chastity will enter the abyss.

23. Ultimately, the ARYAN RACE will end amidst large earthquakes, tsunamis and horrific cataclysms.

24. The SIXTH RACE will be born on the continent of ANTARCTICA. That will be a SELECTED humanity –A DIVINE HUMANITY–.

25. THE SEVENTH RACE shall be OF ANGEL MEN. Then the EARTH will be a new MOON, a corpse. We are in the MOST TERRIBLE MOMENT. Millions of human beings are already DEMONS.

26. The main influence of the INTRUSIVE PLANET will be fulfilled between 1982 and 1992. From the year 2000, and once the mission of that PLANET is fulfilled in the PSYCHIC-PHYSICAL order, it will follow its orbit, because it has been established in this way by the SUPERIOR DESIDERATA.

[NOTE: Your servant is aware of the fact that the total extinction of this humanity was delayed to give a last time to our earthly humankind].

27. Any planetary humanity that reaches the FIFTH SUBRACE of the FIFTH RACE is divided between ANGELS AND DEVILS.

28. That is the age of our Earthly Humanity.

30. Listen to me, sister: atomic warfare is a fact that is approaching. Before the end of the twentieth century there will be a disincarnation that will reach the sum of 1,700,000,000 SOULS.

[NOTE: This is the sum of the dead that will be left by the Third World War which is imminent].

32. Now you will understand the mystery of the so-called FLYING SAUCERS. WE NEED HELP. Other planetary humanities will come to help us, to instruct us, to teach us with a wealth of wisdom and with great demonstrations. We need help.

33. These humanities will make their entrance in the great cities. The VENUSIAN humanity is the most advanced. The MERCURIANS are right behind them in evolution. The MARTIANS are more advanced than we are.

34. These humanities will be received with great celebrations in all cities. Their FLYING SPHERES will be placed on victory carts. That is how they are going to enter into the cities.

35. They are a GREAT MANY who will live with us, they come to help us.

36. Well, sister, I finish this long letter. Read these PROPHECIES and tremendous truths.”

Comment: Later in time, the V.M. Samael commented that, unfortunately, the divine humanities would not come to our cities because of the concrete fact that our perverse earthly pseudo-civilization would try to harm the brothers of space and, consequently, they would avoid showing themselves publicly. But the Patriarch did say that these sacred humanities would rescue many Earthlings, in due time, as long as they are people selected because they are fighting to get rid of their psychological aggregates.

I now give you, friends, a few sentences for reflection:

“Mediocre minds usually dismiss anything which reaches beyond their own understanding.”
La Rochefoucauld

“The greatest goes without hesitation with the smallest. The mediocre goes alone.”
Rabindranath Tagore

“Mercy and Truth have met together, Righteousness and Peace have kissed.”
Bible, Psalms

“Blessed are the merciful for they shall obtain mercy”.
Gospel of St. Matthew

“I will not be able to give reason, but it is a fact attested by all ancient and modern history that there is never great misfortune befalling a city, which has not been predicted beforehand by some seers, or announced by revelations, prodigies or other signs of heaven.”
Machiavelli