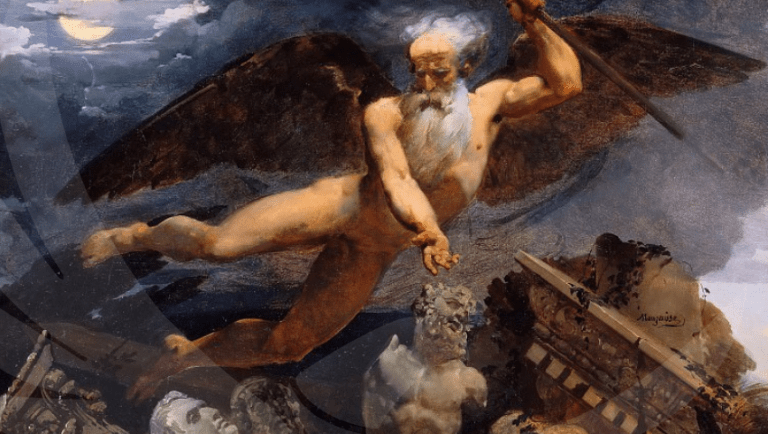 I am very pleased to convey to you the PROPHETIC words of our blessed Avatar, the V.M. Samael Aun Weor, regarding:

Here is the content of the prophecy that our holy Guru made in a given moment and to which we must pay deep attention, especially for the work we are to do UPON OURSELVES urgently; let us look at that message:

“We are on the eve of a great cataclysm; that is obvious. Scientists already know that above the orbit of our planet Earth comes a world they call the Red Planet. It is approaching, and the men of science will want to drive it away with nuclear explosions, but everything will be useless.

There will come a time when all prophecies will have to be fulfilled. Muhammad already spoke clearly, he spoke of the earthquake that has been reserved for us since the beginning of the centuries. He says verbatim that then the mountains will be crushed and they will fly through the air, falling into dust. This invites us to reflect. This would be impossible without an earthquake. But why would that earthquake happen? Undoubtedly, such an event would only happen with the approach of a gigantic world, and that is precisely what is going to happen, my dear brothers.

The Book of Revelation also tells us about a great earthquake, so great –it says– as there was never before on the face of the Earth.

I want you to reflect very thoroughly on the moment we are presently living. Truly, we are living in a difficult time. We are in the end times, as the Book of Revelation by St. John says; we are at the beginning of the end of the age of the Gentiles.

The ancient land, Atlantis, perished by water, and our present land, the current one, will be eliminated by fire. Peter spoke clearly about this. In his Second Universal Epistle he says that the Earth and the works on it will be burned by fire. And that is true, my dear brethren; the elements, burning, will be disbanded.

Reflect on this, delve deeper. Certainly, what I am saying has a hint of tragedy, but I do not want to waste a single moment to draw your attention. You need to live in a state of alert, especially in these difficult times.

In the world of natural causes I was able to experience that future that awaits our planet Earth. What I saw, really, was frightening: the twelve constellations of the Zodiac appeared –in a symbolic, pictorial, allegorical way– as twelve terrible, menacing giants, and from them came thunder and lightning. It seemed as if it was already, in those moments, the end, the final catastrophe.

On another occasion I talked to my Divine Mother Kundalini. She said to me:

“All is lost; the evil of the world is so great that it has now reached heaven. Babylon the Great, the mother of all fornications and abominations of the Earth, will be destroyed, and of all this wicked generation of vipers there will not be left one stone upon another.”

Amazed, I said:
“Oh, my Mother, we are at a dead-end alley.”
The Adorable replied:
“Do you want to make a deal with me?”
“Of course!”
“Then” she continued saying “you open the alley and I kill them.”

Opening such an alley, my dear brethren, is what we are doing. We are, right now, forming the Army of World Salvation Army. Yes, blessed are those who know how to take advantage of this alley! Because I want you to know in a concrete, clear and definitive way that all this that you currently see in the world will be destroyed. When that planet that is traveling toward our world –toward planet Earth– is approaching, obviously, it will burn everything that has life with its radiations. With its approach, the liquid fire from the interior of the Earth will be magnetically attracted and then erupting volcanoes will surge all over the place, here, there and everywhere [note that volcanoes have now begun to surge everywhere and with an impressive fury; this is happening in the four cardinal points of our world], and there will be horrific earthquakes never before seen or felt, and there will be lava and ashes everywhere.

Today, brethren, we are speaking as we spoke in Atlantis. Today I am prophesying as I prophesied also on the submerged continent. Today I am warning as I warned in that epoch.  There is only one difference: at that time the land of Atlantis, with all that was in it, was perished by water; now it will succumb to fire. So, my dear brethren, after the great cataclysm there will only be fire and water vapor; there will be great chaos, this Earth will be uninhabited. But the select ones will be taken out from the danger and taken to a certain place in the Pacific.”

─Excerpt from the lecture contained in the second volume of The Fifth Gospel entitled “Apocalyptic Aftermath of the ‘I’”,

I now leave you some reflections:

“In this century you cannot accept anything without proof; even the coin is weighed.”
Quevedo

“Happy people do not know much about life, pain is the great teacher of men.”
Anatole France