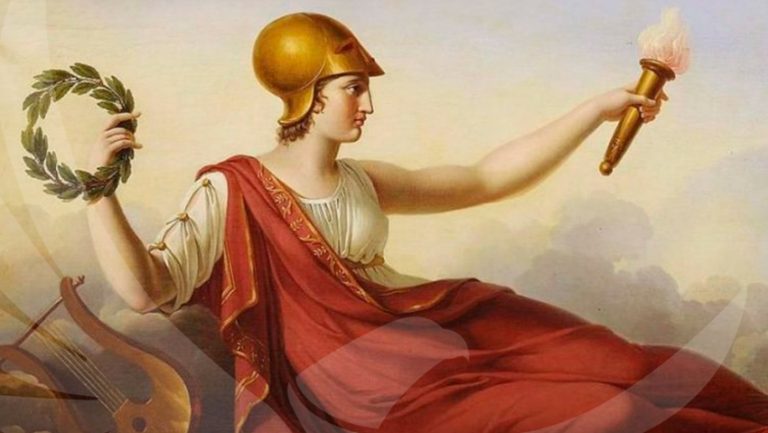 1.- There are many schools of pseudo-esotericism and cheap pseudo-occultism, but it is difficult to find serious people. If we were to call to the path the five million people who dedicate themselves here, in Mexico, to pseudo-esotericism and cheap pseudo-occultism, if in truth we were to call them to the path, if we were to lay on the table in front of them the postulates of Gnosis, if they were to be taught what the path of the intimate self-realization is, I am sure that most of them would flee in terror. Many of them are scholars in theosophy, in pseudo-Rosicrucianism, etc. Unfortunately, it is difficult to find serious people, what they are all looking for is a form of entertainment. What almost all those pseudo-sapients of cheap pseudo-occultism want, deep down, is to distract themselves a little, to entertain themselves. But when the postulates of self-realization are really put on the table for them and they are invited to work, then they flee in terror. So, it is not self-realization that they go looking for, but some form of entertainment and that is all.

We have to be serious! In the world of pseudo-esotericism and cheap pseudo-occultism, there is a lot of inferior psychism…

2.- Many want Initiations: “So-and-so is already at the fifth, he is a Mahatma”; ” a certain medium over there said to so-and-so, that he was at the sixth and tomorrow he will reach the seventh”. This is a lack of seriousness, lack of seriousness! How is one going to know the inner worlds if he does not know his own inner worlds?

3.- Such dreamers of a negative –mediumistic– type, such deluded people project their daydreams onto people and see in people their own negative, incoherent and absurd daydreams. That is the harsh reality of the facts!

This thing of “annihilation” really bothers the schools of pseudo-esotericism and cheap pseudo-occultism. It turns out that the Ego does not want to go through any annihilation; the Ego really wants to live, whatever the cost, it does not desire annihilation.

Obviously, my dear brothers, we must comprehend the “doctrine of the many”.

4.- The orthodox religions, shall we say, are seven, and the religious sects, are five thousand and so. Obviously, the most important are the orthodox ones, because they have two circles: the exoteric or public one and the esoteric or secret one.

In the religion of Muhammad, for example, we see the two circles: the public one, in the Muslim mosques, and the secret one, among the Sufis. These do not study the sacred book of the Quran in a merely exoteric way, but in a esoteric way, leaving aside the ‘letters that kill’ in order to apprehend or capture the spirit that vivifies and gives life, that which is written between the lines, that which the multitudes are not able to understand.

The same happens in the other orthodox religions. Even within the same Christian religion, called Catholicism, there are two circles: the exoteric or public one and the esoteric one. For example, around the Sierra de la Demanda in Spain, there is a chain of Gnostic monasteries. However, apparently, they would seem to be of a Catholic type; the priests there say mass, preach in the pulpit, etc., but they meet in secret, behind closed doors, to study Gnosis, they are Gnostics; and it is a whole chain of monasteries, where Christic esotericism is studied.

We follow the Secret Path, we are the Gnostics: the Gnostics who were thrown into the circuses of wild beasts in the times of Nero; the Gnostics burned alive on the stakes of the Inquisition; the Essenes Gnostics, among whom is the Great Kabir Jesus, the Peraticenes or Perataeans, the Augustinians, etc.

5.- With these clarifications firmly established, let us now move on to define Gnosticism with complete meridian clarity. It is worth clarifying in an emphatic way that Gnosticism is a very intimate, natural and profound process, authentic in-depth esotericism unfolding itself from instant to instant, with very particular mystical experiences. It is an extraordinary doctrine that, fundamentally, adopts a mystical and, sometimes, mythological form. Unquestionably, Gnostic knowledge always escapes the normal analyses of subjective rationalism. The correlate of this knowledge is the infinite intimacy of the person, the Being.

The reason for being of the Being is the Being himself. Only the Being can know himself. The Being, therefore, knows himself in Gnosis. The Being reevaluating and knowing himself is self-Gnosis; undoubtedly, the latter in itself is Gnosis. Self-knowledge of the Being is a supra-rational movement which depends on Him, which has nothing to do with intellectualism. The abyss that exists between the Being and the “I” is impassable and for this reason the Pneuma, the Spirit, recognizes itself and this recognition is an autonomous act for which the subjective reason of the intellectual man is ineffective, insufficient, terribly poor. Self-knowledge and self-Gnosis imply the annihilation of the “I” as a prior, urgent, unpostponable work.

The “I”, the Ego, is constituted by sums and subtractions of subjective, inhuman, bestial elements, which, unquestionably, have a beginning and an end. The Essence, the Consciousness, jammed, bottled up, encased among the various elements that constitute the Myself, the Ego, is unfortunately processed painfully by virtue of its own conditioning. Dissolving the psychological “I”, the Essence, the Consciousness, awakens, enlightens, is liberated; then as a sequence it becomes self-knowledge, self-Gnosis.

Undoubtedly, legitimate revelation has its irrefutable, indisputable foundations in self-Gnosis. Gnostic revelation is always immediate, direct, intuitive; it radically excludes intellectual operations of a subjective type; it has nothing to do with the experience and assembly of fundamentally sensory data. Intelligence, or Nous in its gnoseological sense, while it is true that it can serve as a basis for enlightened intellection, adamantly refuses to fall into vain intellectualism. The ontological, pneumatic or spiritual characteristics of the Nous (intelligence) are clear and obvious.

In name of the Truth it must be solemnly said that the Being is the only real existence, before whose

ineffable and terribly divine transparency that which we call “I”, “Ego”, “Myself”, “Himself”, is

of the Being, given the anthropological aspect of the Pneuma or Spirit, is something decidedly salvific.

This obvious reflection leads us to the topic of Gnostic free choice. Unquestionably, the serious gnostic is a chosen one, a posteriori. Gnostic experience allows one to know oneself and to self-realize oneself entirely. Self-realization must be understood as the harmonious development of all the infinite human possibilities.

The authentic Gnostic wants a definitive change, he feels intimately the secret impulses of the Being, hence his anguish, rejection and embarrassment in front of the various inhumane elements that constitute the “I”. He who who longs to lose himself in the Being bears condemnation and terror in the face of the horrors of the “Myself”.

The Gnostic that has been saved from the waters has closed the cycle of infinite bitterness, has broken the boundary that separates the ineffable realm of the Pleroma from the lower regions of the universe, has valiantly escaped the empire of the Demiurge because he has reduced the Ego to cosmic dust. The passage through the various worlds, the successive annihilation of the inhuman elements, affirms this reincorporation into the Sacred Absolute Sun and then, converted into terribly divine creatures, we pass beyond good and evil.

The Revolution of the Consciousness is synthesized in three primordial factors:

1. TO DIE (elimination of the subjective psyche).

2. TO BE BORN (birth of the internal faculties).