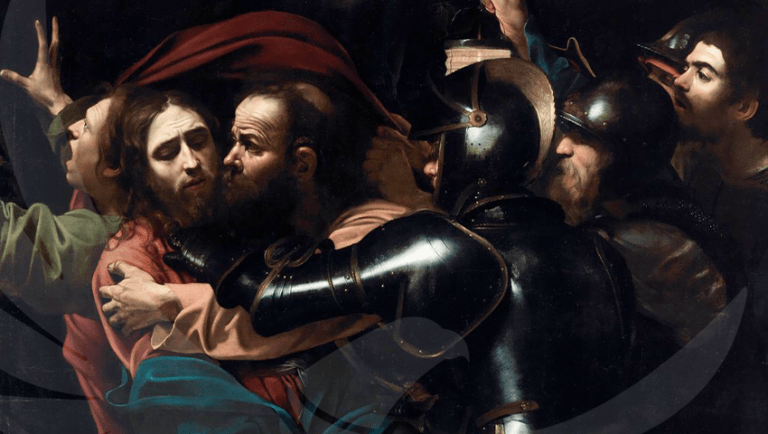 I am writing to send you a message regarding:

WILL PERHAPS THE CRUELTY OF THE RATIONAL HUMANOID HAVE A LIMIT?

Esteemed readers, on many occasions our blessed Patriarch, the V.M. Samael Aun Weor, clearly emphasized to us the gravity of the psychism in the misnamed man because of the existence of the PLURALIZED EGO.

It seems incongruous, it really seems implausible, that the so-called Homo sapiens sapiens has allowed his animal Ego to deform him psychologically in extremis, to the extent of not even having one single point of equilibrium in his psychic and physical life. The rational humanoid has supposedly been evolving for millions of years, this is what the know-it-alls of official anthropology and the henchmen of historical materialism and dialectical materialism say…

With such a quantity of millions of years we should, thinking logically, be turning into something like Angels, Archangels, etc., etc., but the sad reality is different. With the passing of time WE HAVE BECOME WORSE in every sense. If the cave anthropoid dragged his wife by pulling her by her hair, ate like animals and was a creature that destroyed everything in its path, nowadays the only thing that has changed seems to be the way of dressing and some manners that give the appearance of normality, that give the appearance that we are in front of a human creature. But nothing could be further from this belief, because if we read the history of our race, all that it is made of is wars and the desire to own people and their territories…

What happened before ancient Rome? Well, quite simply, Europe was a continent populated by TRIBES that tore each other apart endlessly. When Rome began to grow militarily and created its senate, those humanoids wanted, according to them, TO CIVILIZE THE ANCIENT WORLD, and what was the solution? WARS, so as to offer those vandals the famous PAX ROMANA. In those days, at least battles were fought between some men and other men ─humanoids─ on a field under an open sky. The fighting parties exchanged burning arrows with each other, and stones that were thrown from towers, etc., etc., etc., and, above all, the generals who commanded those armies went to the front of their troops to instill morale into their soldiers.

Before Rome it was Greece, headed by Alexander the Great, who threw himself into war reaching as far as India, quite a military feat. However, all that ordeal would serve no purpose and then Rome brought it to its knees.

After a few centuries, Rome itself, swallowed by the EGO AND ITS IMBECILITIES, killed its best strategist, ─namely Julius Caesar─, and after the latter we can say that the decadence of that empire began.

The same happened with other “civilizations” such as the Persian, Mesopotamian or Assyrian. They were peoples who seemed to have nothing else to think about but war… The world was constantly swept away by the “I” OF ANGER and its fatal consequences.

The founding President of Contemporary Gnosticism once said: “Every project, however grandiose it may seem, if it does not take into account the annihilation of the animal Ego is doomed to failure”… Indeed, the empires collapsed precisely because their leaders killed each other, poisoning each other, conspiring with each other, etc., etc., etc. The “I” knows very well how to play with that card that says, “Divide and conquer!” …

The entire Middle Ages was, in the same way, full of bloody wars linked, mysteriously, to religious ideologies, even if that may seem strange. When the new world was discovered –namely: America– the European powers, thirsting for ambition, blood, greed, etc., etc., hurled themselves like crocodiles against the indigenous civilizations of those new lands, perpetrating all kinds of crimes, rapes, looting and razing entire peoples who lost their cultural identity to this day.

When the so-called RENAISSANCE arrived, we can say that only art was reborn, because, in parallel with this pseudo-renaissance, new weapons were created and wars continued.

When the much-vaunted 20th century arrived in which Europe boasted of being THE MOST CULTURED and the most REFINED, then it showed its true face when it let the ANGER, EGOISM, RACISM surface, and the FIRST WORLD WAR, which was devastating to the whole world, took place. That great war seemed to have given a lesson in morality to the Aryan race, but it turned out that it had not. The resentments, the revenge, the usurpations of territories taken from Germany, the wounded self-love of the Nordics, etc., etc., provoked years later what would be described as the GREATEST BELLICOSE CONFLAGRATION KNOWN TO THE WORLD: THE SECOND WORLD WAR, which is still today commented on by historians, sociologists, psychologists, etc., etc., etc., and it is spoken of as something really MACABRE, FRIGHTFUL, UNBELIEVABLE and all the abject adjectives that we want to add to this conflict… We are still shown in documentaries the atrocities that were perpetrated among the humanoids of the forties and fifties.

After this came the icing on the cake, then Japan suffered the most horrific event in its history: THE ATOMIC BOMB, which massacred millions of civilians as part of the aftermath of WORLD WAR II. And all this was done in the name of FREEDOM AND PEACE…, ironies of fate…

Today, we are now close to A THIRD WORLD CONFLAGRATION that will inevitably be faced by four great monsters: EUROPE, NORTH AMERICA, RUSSIA and CHINA. These four industrial and military powers are every day thinking only of new fast weapons and of mass destruction, and each claim to be the LIBERATORS OF THE OTHERS, which is a real joke of very bad taste.

In these moments of global misfortune, we are witnessing unperturbed the new PALESTINIAN HOLOCAUST on the part of a people who has vastly superior armaments compared to those mentioned above. A whole population is being massacred before our eyes, a population that has been demanding for a long time the return of part of its territory that has been taken from it by the WARLORDS OF ISRAEL. The shocking thing about all this, friends, is that no one raises their voices on the political stage in a firm way to stop this new massacre that is happening right now, and the media only refers to such barbarity with a few words and then move on to the reports of the sports section. That is happening because no one is interested in the sufferings of other people.

However, this conflict, instead of making ONE ANOTHER REFLECT ON such calamity, will surely increase the HATREDS AND RESENTMENTS of both sides, and this fatal event could be the trigger for that famous THIRD WORLD WAR that our Patriarch so often told us would happen as part of the world karma of this savage society…..

So, the final question would be: Will the cruelty of this race of vipers end with that other world war?

ANSWER: More than a third of today’s humanity will undoubtedly perish and involute in the infra-dimensions of nature –namely: in the infernal worlds cited by religions–, and from the ashes of this rotten civilization will rise the NEW SIXTH GREAT RACE which, free from the ANIMAL EGO will indeed know the TRUE HAPPINESS that the Creator longs for for his children…

Let me add a few sentences for reflection:

“War is a cloak under which murder is hidden.”
Victor Hugo

“War is an attack on the human gender.”
Pliny

“A revolution is a larva of a civilization.”
Victor Hugo

“Nature has no greater enemy than war “.
Saavedra Fajardo

“War is a game that kings, if their subjects were intelligent, would never play.”
Cowper