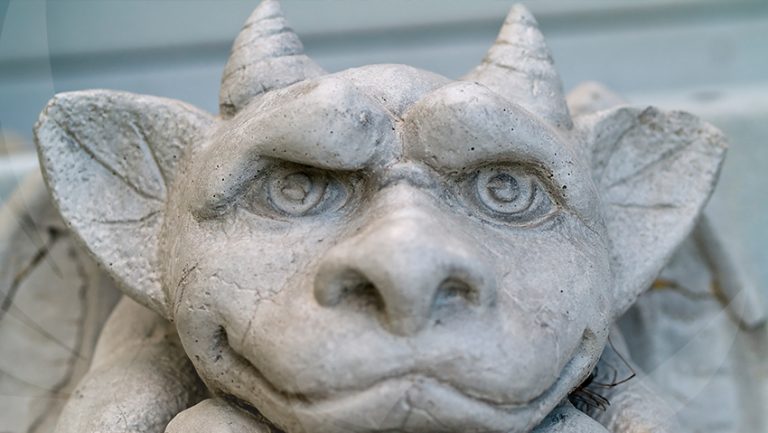 I am pleased to send you a few lines about the question:

WHAT IS THE SECRET SPRING THAT MOVES ILL-WILL?

In many of his treaties, the V.M. Samael speaks to us about the THREE FURIES that every person carries in their psychic depths and, likewise, these entities form part of the TWELVE LABORS OF HERCULES, which are necessary to carry out in order to pass the processes inherent to the SECOND MOUNTAIN.

If we remember the passion lived by the V.M. Aberamentho 2020 years ago, we immediately remember PILATE ─symbolizing the ANIMAL MIND─, JUDAS ─representing DESIRE─ and, finally, CAIAPHAS ─representing ILL-WILL─. However, when we dissect all this horrible drama with the scalpel of self-criticism, we find that, deep down, the sinister architect of the ordeal that the Great Kabir went through was, in fact, Caiaphas… Without any doubt, he planned everything, absolutely everything, so that, finally, the V.M. Aberamentho was crucified…

Having said that, Gnosis warns us that that cosmic drama was carried out, at a high cost, to incite humanity to walk the Christic path so that it could then reconcile with the BEING, with the Spirit.

To understand this horrifying drama that our inner Caiaphas causes in our lives every day, we need to start from the basis according to which CAIAPHAS ─namely: ILL-WILL─ always acts with all its perversity every time it fails to crystallize its conceptions and desires. Therefore, everything begins with PILATE first, it continues with JUDAS and then the true cause appears: THE ILL-WILL.

This was not only verified with the example of the Via Crucis of the V.M. Aberamentho, no. Every time each of us has a mentaloid aspiration and a desire to crystallize it, if we do not achieve it easily, then we roar, we thunder and, finally, THE TENEBROUS ILL-WILL makes its appearance, telling us: “I will fix this, one way or another!!!” The ill-will then resorts to any means ─obviously always obscure─ to put an end to our frustration.

The Holy Scriptures tell us that many Thrones, Seraphim, Cherubim, etc., rebelled against the true Demiurge because they wanted to have as much power as the Wise Creator. Let us remember that Yahweh, the head of the Black Lodge, was formerly a very high level sacerdote who had the right to wear a golden helmet, a golden shield and a golden sword, all of which showed that he was a very high Arch-Hierophant. However, wanting to be ALMIGHTY, he rebelled against the divine desiderata, especially against the one that has always said: “THOU SHALL NOT FORNICATE!”, and he FORNICATED!, he FELL and from there he resolved to create his own kingdom on Earth. This was how, FULL OF ILL-WILL against the supreme deity, he began to try to convince other sacred individuals and they fell one after another, all those who today we conjure as heads of legions of evil ─namely: BAEL, BELIAL, ADRAMMELECH, CHAVAJOTH , SANAGABRIL, MOLOCH, etc., etc., etc.─.

Thus, esteemed readers, the SECRET SPRING OF THE ILL-WILL is its FRUSTRATION at not being able to acquire something that it firmly believes should belong to it at all costs.

The ill-will of the United States led them to drop nothing less than the atomic bomb on two defenseless populations’ ─Hiroshima and Nagasaki─ in order to show the rest of the pseudo-human beings who was the boss from then on.

On some occasions, in the daily life, a woman who has been abandoned by her boyfriend or husband, frustrated and full of ANGER, is possessed by ill-will and this leads her to do strange things, such as killing her own fiancé by deceiving him so that he goes to bed with her and, while they fornicate, she stabs him with a dagger or cuts his throat… That is how we are! Or she pays someone to do a very strong work of witchcraft on him that makes him sexually IMPOTENT, etc., etc., etc.

Obviously, there are also abominable cases among males. In Europe, it has become fashionable that if a woman no longer wants to continue in a marital relationship because of her husband’s mistreatment, then, at any moment, the humanoid, wounded in his self-importance, tells his partner: “Well, if you are not for me, you will not be for anyone!”, while he throws ACID on her face with the evil purpose of DISFIGURING HER FOREVER… This is ill-will!

In our days, the ill-will of a few, wanting to be rich and sovereign over the human race that populates our world, has decided to provoke A VIRUS that begins as a simple flu and ends up killing the infected person in a matter of weeks. Unquestionably, to get their riches, these monsters had already MALEVOLENTLY planned not only to create the coronavirus epidemic, but also THE VACCINE that all other human beings, full of fear of dying, would buy immediately. The competition for wanting to be the first to show that vaccine to the world has already begun and other drugs have started to appear that, without mercy to anyone, have a price of no less than two thousand dollars.

Many times the ILL-WILL does not carry out its macabre actions in a revealing way but resorts to other subtle arts such as EMOTIONAL BLACKMAIL. In these cases we find real surprises, such as the one shown by a boy who, FRUSTRATED because his parents do not give him money to pay for DRUGS, then decides to abandon them forever and never see them again. Unquestionably, many parents fall into depression and end up with a heart attack. Or this other case: many men who have shared responsibility for the custody of a child with their ex-wife, in a fit of arrogance disappear from the map, taking the aforementioned child with the evil purpose of producing A HELL for their ex-spouse. Obviously, this simple fact generates a chain of unpredictable disastrous events, but the ILL-WILL cares little about all that.

Thus, esteemed reader, the actions provoked by ILL-WILL and its secret springs ─frustration, impotence, wounded self-love, arrogance, etc., etc.,─ are the causa causorum of many misfortunes both on the spiritual continent and in the material aspect of this humanity maddened by the EGO.

For us, those of us who try to walk the Secret Path, it is of utmost importance to SELF-OBSERVE from moment to moment in order to DISCOVER every attempt of our inner CAIAPHAS to want us to abandon the path of Intimate Self-Realization.

I invite you to reflect with the following famous sentences:

“The end of everything human has come when there is nothing left but faith in material interests.”
Quintilian

“In order for the good to be a virtue, there must be perseverance.”
Quevedo

“Doing wrong by will is worse than doing it by force.”
Aristotle

MAY THE BLESSINGS OF THE ALMIGHTY BE WITH ALL OF YOU.
Kwen Khan Khu