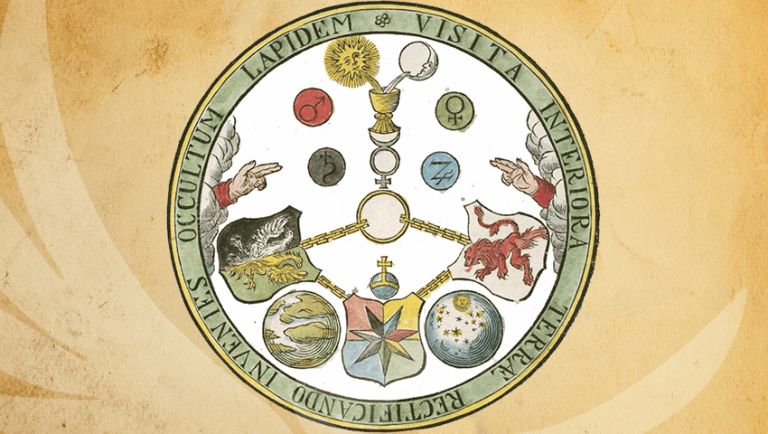 It is an enormous pleasure for me to address all of you to send you a message about:

Much has been written about the metaphysical capacity it bestows on its possessor, when speaking or writing about the powers of the Stone of Splendors. A lot of literature has circulated in our world, from the Middle Ages to the present day, around this interesting yet controversial subject which is that of the Philosopher’s Stone.

It is written by renowned Masters of the Alchemical Art that the human being can perform the mentioned magisterium –namely: the fabrication of their Philosopher’s Stone– up to seven times, but it is also written that it is not an obligation to reincrude, or to carry out such a feat, seven times. In our studies, our blessed Patriarch, the V.M. Samael, warns us in our advanced practices in this way:

“The Phoenix Bird of Heliopolis, tired of living for many thousands or millions of years, resolves to incinerate itself within its nest, made of sandalwood, incense and myrrh.

Beyond the Seventh Danger you may fall under malediction, do not forget it. I am the Guardian of the great Mysteries of Life and Death.

Woe to the gods who cast themselves into the Abyss! Terrible are the cycles or ages of transmigrations. It is better that we no longer make Horus suffer.

We do not ignore it, but the price is too high; the gods suffer and make the intimate Christ suffer.

Much have I forgiven the sinner. Sometimes he has been judged by the Judges of Celestial Justice, but I have forgiven him.

There have been moments when I have walked away from the Tribunals to not be trampled by the Lords of the Law of Katancia.

The sinful son makes me suffer too much.”

Interesting narrations that we must deeply comprehend, friends. Attaining the Philosopher’s Stone is nothing less and nothing more than achieving the incarnation of the intimate Christ in the metaphysical nature of the Adept. However, each time that the Adept receives the grace of getting the hope to incarnate his intimate Christ –that is, to reincrude his blessed Stone– he will first have to pay before the divine tribunals some very high taxes that are nothing but karmic letters that that Adept has been accumulating since he lost his Stone last time. There is no doubt that, to top it all off, to those sufferings that the Adept will undergo, we must add the pains that the intimate Christ has to endure, who will have to live for a long time facing the ten thousand aggregates that the soul of the Initiate carries in its core. This is a very painful work for the inner Lord, even if it is the Lord of Perfection himself; this must be understood very thoroughly…..

In Gnosticism there have been people who came to believe that the strength of the Philosopher’s Stone lies in the hours of Alchemy that an Initiate has practiced in his life. This is not so!, and it is good to know that…

In reality, the grandeur of the Sacred Stone is a result of the reactivation of the various sacred parts of the Being. However, in order for these parts to each give their light, that is, to be reactivated within the soul of the Initiate, we have to first go through very strong moral pains, horrific anguishes, uncertainties that do not cease during the initiatory journey, permanent tribulations, indescribable gymnasiums, appalling solitudes, etc., etc., etc.

Therefore, in the same advanced practices the Avatar tells us the following:

“To die is the best, but this would not be possible without the Serpent of the Isiac Mysteries; only the Sacred Cobra, the terrifying Divine Viper, can annihilate the Red Demons of Seth.”

When we remember the sufferings of the martyr of the Calvary ─namely: V.M. Aberamentho─, we are always stunned by the sufferings that, voluntarily, this great BEING wanted to endure, and from there, from that capacity to DIE PSYCHOLOGICALLY, has he extracted the title that makes him SUPREME CHIEF OF THE WHITE BROTHERHOOD.

For his part, the great Master Fulcanelli tells us:

“Consequently, too much haste is to be feared, in the vain hope of shortening the duration, sometimes quite long, by exceeding the degree of heat [namely: believing that a great many Alchemy are practiced, even without refinement]necessary for the regimen of the time. The ancient authors advise prudence and warn apprentices against a too detrimental impatience; praecipiatio a diabolo, they say; for in seeking to reach the goal too quickly, they only succeed in burning the flowers of the compost and provoking the irremedial loss of the Great Work.”

Master Fulcanelli himself, in a section of his THE DWELLINGS OF THE PHILOSOPHERS, adds for us:

“Our apprentice must be careful never to surpass the seventh reiteration of the art, because he will be in great danger.”

Everything described above, dear reader, certainly warns us that the work in the Forge of Vulcan or Forge of the Cyclops has its science and it is never something mechanical that is automatically launched with the use of the Arcanum A.Z.F. This has been the reason for many frustrated people who, having gotten close to Gnosis, then abandon it because they wanted to gather the fruits overnight.

I now give you a few sentences that will be welcome at the end of these pages:

“What reason do atheists have to say that it is not possible to resurrect? What is more difficult, to be born, or to be resurrected? For that which never was to become, or for that which has been, to be once more? Isn’t it harder to come than to return? Habit makes it easy to conceive of birth, the lack of habit makes the other impossible. What a clumsy way of judging!”
Pascal

“Patience is very bitter, but its fruit is very sweet.”
Rousseau

“It would be absurd to ask the calculation what abnegation can give.”
Arenal Conception

“Evils that have no strength to end life must not have it to end patience.”
Cervantes