VOPUS Gnosis > Articles > The mystery of igneous intelligences in the atoms 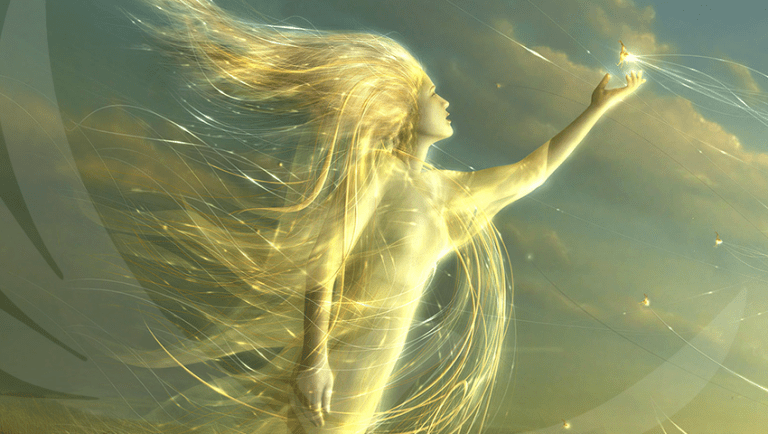 THE MYSTERY OF IGNEOUS INTELLIGENCES IN THE ATOMS

Those of us who have tried to study the sacred doctrine bequeathed to us by the V.M. Samael Aun Weor, know that in many of his conferences he has insisted on the need for meditation, not only as a means to achieve peace in our mind, but also as a source of information that the BEING may want to give us at any time.

Certainly, valued reader, when we understand that need, we pay more attention to that of MEDITATING and, with perseverance and tenacity, little by little we obtain the fruits that this beautiful technique that we call MEDITATION gives us. As an example of what I am commenting on here, I am pleased to let you know an experience that my blessed REAL BEING allowed me to experience through the science of meditation.

We all know that when we have suffered a wound, scratch, blow, etc., in our physical body and we have even had loss of our blood, after making the necessary cures we have to apply ointments or take medicines so that, finally, that wound heals and our trauma ends. However, one thing that has happened to all of us is the fact that as the wound stops being open and begins to close, we all begin to feel a kind of itch that incites us to scratch, which we should not do precisely so as not to reopen it.

Well, one day of so many, after your servant had suffered a fall that left one of my knees badly injured, I began to suffer from the aforementioned itching of which I speak in previous lines… So, since I wanted to practice a rigorous meditation, I opted to relax trying not to give importance to these itches and aiming for my psyche to be equally relaxed as well. Miraculously, thanks to the help of my REAL BEING, I managed to relax and seek calmness in my mental universe. Thus, something very endearing, sympathetic happened to me and that is of enormous importance because it is linked to our teachings.

In many of his texts the Patriarch tells us that beyond the neutron, proton and electron of the atom, there are what he calls atomic igneous intelligences. Our Avatar then tells us that it is these intelligences that actually manage the atoms and that they are connected to our own BEING. And he adds: “Such igneous intelligences work in the macrocosmic and in the microcosmic and they are always trying to restore our organism so that it functions.” On one occasion, in this regard, the Patriarch said to me:  “You must know that some are the Ashim –igneous intelligences– that we have in our hand and others are those that are in our face, in our back and so on”… And he added: “If we see them through meditation, they are like little men of fire who always try to restore our body, especially after an accident we have suffered.”

Well, that day that I mention to you in previous paragraphs, what the Father allowed me was, precisely, to see whole teams of little men of fire that tied cells together, joining them incessantly, and then I came to the understanding of why we feel like fire that itches us, strange itches when a wound is trying to close. All that itching is for our own good, dear friends, as incredible and annoying as it may seem to us. It is the action of those teams of igneous intelligences wanting to close our wounds.

That animic experience showed me, once again, that fire is certainly the lord of creation. Fire is behind all the physical and metaphysical phenomena of nature itself and of the universe itself. With good reason the great Hellenic philosopher HERACLITUS went so far as to say: “The world has not been created by any God –referring to the custom of picturing God as an old man among the clouds– but by a FIRE that possesses its own intelligence. With that intelligence HE LIGHTS HIMSELF UP OR HE PUTS HIMSELF OUT”… Very wise words…

In his conferences of Alchemy, our V.M. Samael emphasizes that the universe itself was the product of an ALCHEMICAL NEBULA, which alchemists called COSMIC ARCHE. That ARCHE was cosmic fire united to cosmic mercury, and from that mixture sprouted everything that we today with our senses can see, smell, touch, feel, etc., etc., etc. That is the harsh reality. We are made of fire in the final analysis, and our very soul is fire detached as a portion of our Father that is in secret and therefore our soul is immortal.

Unfortunately, in our chaotic days the supposed doctors of medicine do not give importance to these phenomena, and if we feel that itchiness they are able to advise us to be scratching our skin, with which we delay precisely the closure of the wound. Ignorance is bold, friends.

The great Adept Fulcanelli tells us the following in his work THE PHILOSOPHICAL DWELLINGS:

“Fire envelops us and bathes us everywhere. It comes to us by air, by water and by the earth itself, which are its conservators and its various vehicles. We find it in everything that is near us and we feel it act in us throughout the entire duration of our earthly existence. Our birth is the result of its incarnation, our life the effect of its dynamism and our death the consequence of its disappearance. Prometheus steals the fire from heaven to animate the man who, like God, he had formed with the mud of the earth. Vulcan creates Pandora, the first woman, whom Minerva endows with movement by breathing the vital fire into her. A mere mortal, the sculptor Pygmalion, eager to marry his own work, implores Venus to animate, by the celestial fire, his statue of Galatea. To try to discover the nature and essence of fire is to try to discover God, whose real presence has always been revealed under the igneous appearance. The burning bush – Exodus 3: 2 – and the fire of Sinai following the bestowal of the Decalogue –Exodus 19: 18– are two manifestations by which God appeared to Moses. And under the figure of a Being of flame-colored jasper and sardonyx, sitting on an incandescent and brilliant throne, Saint John describes the Owner of the Universe ─Book of Revelation 44: 3, 5─. “Our God is a devouring fire,” Saint Paul writes in his epistle to the Hebrews. 12: 29─. Not without reason, all religions have regarded fire as the clearest image and the most expressive emblem of divinity”…….

Let us meditate, thus, illustrious reader, in order to get closer and closer to the very origins of creation and, within it, to be able to find our own origin as well.

Allow me to bequeath a few sentences to you to accompany this reading:

“If God did not exist, it would be necessary to invent Him.”
Voltaire

“God is the truth and it is up to us to discover it.”
John of Muller

“Whoever prefers paradise to God is a fool.”
Muhammad

“God is the beginning, the middle and the end.”
Plato