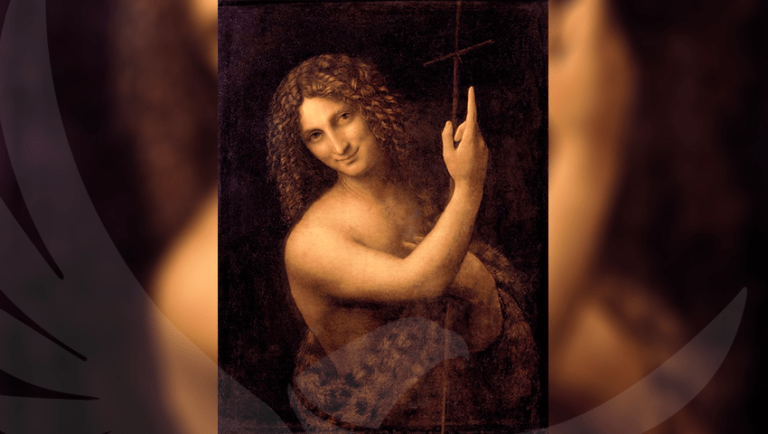 With immense joy I approach you again and on this occasion to tell you about the precursor of the V.M. Aberamentho ─Jesus of Nazareth─. I refer to:

We all know that John the Baptist was able to gather multitudes around him by explaining to them the mysteries of eternal self-salvation. That is why he delivered the Arcanum A.Z.F. and that was symbolized by taking the neophyte to a river in which his entire body was immersed, to indicate with this that the person would dedicate himself from that moment to cleanse the karma that he had accumulated because of his fornications.

Always interesting were the words of John the Baptist when he exclaimed: “I baptize you with water, but after me will come another who will baptize you with fire, with Spirit!”, in clear reference to the Great Kabir of Galilee: Jeshua.

It is important to let our companions know that John the Baptist was another sacred individual who came toincarnate his intimate Christ. John was known for his terrible dissertations on the need for repentance in order to return to the heavens ─of Consciousness─.

This oil painting by the great Master Leonardo da Vinci is entitled St. John the Baptist.

I attach two images of the same pictorial work: one in which John the Baptist is seen wrapped in shadows or darkness and another in which it has been possible to highlight the contrasts in order to appreciate the details of the work.

Looking at the face of John the Baptist we can find in it an enigmatic smile that some scholars say resemble the smile of the Gioconda or Mona Lisa ─the latter a representation of the Divine Mother of Leonardo himself─.

John the Baptist is shown to us half-naked, always covered with a ram’s or leopard’s skin. It is interesting to see the right arm pointing toward the heavens with the index finger, while with the left arm he brings his hand close to the heart. This position pursues no other purpose than to tell us: We can only reach the Father who is in secret through the fires of the heart, that is, by making merits in the heart!

The long hair that John the Baptist hasalludes to the powerful sexual force that he possessed, obviously linked to his chastity. Let us remember Samson and the extraordinary physical strength he possessed. No one knew where this strength came from until Samson himself told Delilah the secret of the origin of his strength. It all resided in his hair. Gnostically, we know that these hairs were a reference to his pubic hair, that is, to his sexual potency. That is why it is said that while he was sleeping ─that is: in moments in which he forgot himself– he fell sexually and became blind animically and without the forces of the Father…

There are many comments about the face and expression that John the Baptist possesses in this artistic representation, in clear contradiction with the intransigent and austere preacher that the biblical scriptures point out.

It is also interesting to emphasize that Leonardo da Vinci made a real play of lights when making this work, as if wanting to tell us: Lux in tenebris lucet!, ‘the light shines in the darkness’. The Gospel of John the Baptist is intimately linked to the death of the “I”, of the pluralized Ego. Such was the reason why he ended up being decapitated as the culmination of his liberation processes…

Something that calls our attention in this pictorial canvas is the fact that the artist Leonardo da Vinci shows us a JOHN THE BAPTIST as if in full youth. This has a reason: it is to indicate to all of us that we must take advantage of the forces of our youth to begin to work in the obtaining of the Philosopher’s Stone, because the pilgrimage to the Kingdom of the Father demands all our attention and all our vital forces. We could not expect to work hard in the Arcanum A.Z.F. and on our psychological death when our physical body is already extremely exhausted. We simply would not endure it.

Our Patriarch, the V.M. Samael Aun Weor, tells us the following about this great Initiate:

“Herod feared the crowd because he considered John as a Prophet. In chapter XI of the Gospel of Matthew John the Baptist is spoken of as a true Jinn, a Heavenly Man, a Demigod, superior to the Prophets, for Jesus himself says of him:

“Surely I say to you that he is much more than a prophet, for it is of him that it is written: Behold, I send my angel before your face, that he may go before you, preparing and clearing the way for you. Among men born of women, no one greater than him arose, although he is lesser than the one who is the least in the Kingdom of Heaven, and if you want to receive him, then know that he is the Elijah whom we are told is to come… He who has ears to hear let him hear.”

These words of the Great Kabir Jesus link the two great Hebrew characters into one. John the Baptist decapitated by the lustful Salome, was in truth the most vivid reincarnation of Elijah, the Prophet of the Most High. All the sages of the past begot their children by the work and grace of the Holy Spirit. Zechariah was surprised when the angel announced to him the birth of John the Baptist.

John was also begotten by the work and grace of the Holy Spirit, and it was an angel who announced to Zechariah that his wife, by then elderly, would conceive a son. Every Avatar has a precursor. Jesus had his precursor and this was John the Baptist. John the Baptist, undoubtedly, lives in the vital world, that is, in Eden, in Paradise. John the Baptist is a true enlightened one, a Christus, someone who already incarnated in himself the verb, the word, the intimate Christ.”

Terrible words, dear readers, that move us to deep reflections on the mysteries contained in the Secret Path that today hasbeen unveiled to us by Gnosis.

I now add a few sentences to be reflected on:

“There is always a providence that inspires us to alleviate the most pressing needs of our fellow men.”
Goethe

“Providence likes to be tempted. This is the secret of the man who triumphs.”
Bernard Shaw

“You must have but affection for what happens to you and comes destined by providence; for what could be more opportune for you?”
Marcus Aurelius

“What heaven has commanded to happen there is no human diligence or wisdom that can prevent it.”
Cervantes