VOPUS Gnosis > Articles > What is the point of existing physically? 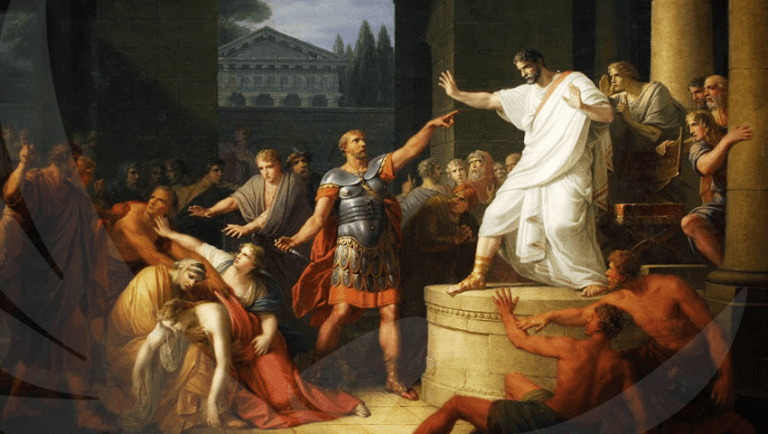 On this occasion, let me write about something that I consider important to keep in mind and it is as follows:

WHAT IS THE POINT OF EXISTING PHYSICALLY?

Experts in theology, exegetes, philosophers and all those who have ever been interested in studying Gnosis have all come to the conclusion according to which Gnostics prefer not to exist…

Obviously, all these intellectualoids draw these conclusions based on ancient Gnostic manuscripts in which the devotees of this holy doctrine, 2,000 or 3,000 years ago, only yearned to live in the Pleroma, in what great self-realized Adepts called “THE GLORY OF THE FATHER”, etc., etc., etc.

However, dear reader, our Patriarch was very direct when he wrote in his work MY RETURN TO TIBET about the causes of existence, and there he lists three causes at the time:

Our beloved Master even goes so far as to explain to us in-depth that our very world was created to force ancient Cosmocrators, who made mistakes in past Maha-Manvantaras, to come and in this way they have had our planet as a school to pay off their debts. This really sounds awful! ─excuse me if I write to you like this… ─.

However, the truth is that once a humanity loses its divine status, only CHAOS awaits it, and with CHAOS, obviously the GREAT LAW will come, wanting to bring order to it. All this implies tragedies, dramas, agony, uncertainties, pains of all kinds, etc., etc., etc.

We have even been told that the Lemurians, the THIRD GREAT RACE, which still possessed the capacity to perceive COSMIC TRUTHS, visualized the future of humanity and were left in shock, which led them to think of A MASS SUICIDE, which was avoided precisely by other Cosmocrators who provoked the FALLING IN LOVE of the human species with that which we now call LIFE…

After the fall of this Race into animal degeneration the result was that the CONTINUOUS CATASTROPHE OF THIS HUMAN ANTHILL began, because we gave life to that filth that we call PLURALIZED EGO, with all its consequences that we still drag along today. Thus, patient reader, it is easy to deduce that EXISTING IS LIVING AS A PRISONER OF KARMA, whether we like it or not.

Since those times, alienated in our disturbed Consciousness, the so-called “man” has only generated wars, wars and more wars, all excused with ridiculous conceptions about FREEDOM, GLORY, THE NEED FOR AN ECONOMY, THE FREE MOVEMENT OF PEOPLE and a thousand and one more stupidities, for then it has been discovered that all those misdeeds were perverse plans by certain power groups in order to keep this miserable society subjugated.

Over the centuries and millennia things have not been fixed but, rather, they have gotten worse. As a result, with the advent of technology –the work and grace of a sleeping Consciousness– we apparently turned our life more or less comfortable, but now we know that this technology has destroyed oceans, entire seas, rivers which are now so polluted that people cannot even bathe in them without later on enduring a deadly infection, etc.

That same technology built the car, which made MORE THAN ONE IDIOT HAPPY, swallowed by his vanity and pride. Then, in our day, that device we call a vehicle turned out to be the number one pollutant of our atmosphere, and consequently millions of people die in various countries each year. So, where does that leave us?

Airplanes, “The invention of the century”, said some, what have they been useful for? ANSWER: to destroy the ozone layer that is now irreparable. Aerial devices, such as rockets launched into space, have completely destroyed the OZONE and now we have unleashed SKIN CANCER EVERYWHERE. Still, the crowds, fascinated, continue dreaming that one day we will all go to Mars and there “Life will be different…”, they say.

We created a medical science divorced from the BEING, which has given some individuals known as doctors the license to kill humans. That is why they make us sign a paper before a risky operation, for them ─the so-called DOCTORS─ to be able to wash their hands and prevent everyone from denouncing them because of a clumsiness that occurred during the surgery. Is this humanism? Can we call this science, or perhaps it would be better to classify them as BUTCHERS OF HUMANITY? Enigmas, enigmas, enigmas!

If science were in the hands of the BEING, and the BEING being omniscience incarnated, it is obvious that many diseases would be cured and, therefore, thousands of lives would be saved. Right now, in these sad years we are experiencing, the CORONAVIRUS has triggered global alarms and also THE GREED OF MANY UNSCRUPULOUS PERSONS, to the point of having made VACCINES in record time –which has never been done before– to take advantage of the anguish of the masses, and pharmaceutical companies have had the brazenness of saying, “We are not responsible for the adverse effects that this vaccine may cause!!”. Yet, knowing this, the sheepish humanoids beg to be vaccinated, how to understand this?

Since millennia we have had great men in the political history of humanity, from the Egyptians, the Greeks, the Mesopotamians, to our day, and what has happened to them? Many were killed through conspiracies armed by envy, such as the assassinations of Gaius Julius Caesar, Abraham Lincoln, Simon Bolivar ─who was taken to the grave for his great moral sorrows─, Pancho Villa ─murdered by his own brothers in arms─, John Fitzgerald Kennedy, ─assassinated for wanting to end hunger in Latin America with his Alliance for progress─, etc., etc., etc.

Without a speck of doubt, dear friends, existence, unfortunately, is not determined by us but by our profound inner Monad. She has her reasons that escape our understanding. And it is very sad that in the chain of this famous existence we have to endure the yoke of a dreadful law called: COMMON COSMIC TROGOAUTOEGOCRAT, which translates as swallowing and being swallowed. Obviously, such a law serves to make nature itself renewed over and over again, but the price is very high and extremely painful. No one is pleased to see a crocodile savagely devouring some calves or some wildebeest or zebras, etc., etc., etc. Gnostically, at least we know that all these mechanisms are part of the intelligence of the Theomegalogos in order for the worlds to continue their course, but that it is PAINFUL, there is no doubt, denying it would be a supreme nonsense.

Against this backdrop, surely there will be illusory people who will raise their voices, telling me: “Well, well, don’t be fatalistic, you have to see the good side of life!”, and I ask them: What is that good side? Is it perhaps amusing that that physical mother whom we love very much, we then see her suffering from a cancer that suddenly appeared and which took her to the other world in a matter of weeks or after a very prolonged agony? Is that the good side of life? How amusing!

Also, in all likelihood, the much-vaunted modern psychology of our dark days will throw its defamatory drool against the one who writes these lines, claiming that I am a bitter or frustrated individual, we already know itslanguage… None of that, what I write, I write it being conscious of a reality that millions of people live every day.

Moreover, the fact of a woman giving birth, we could call it happiness. Everything is fine as the baby grows. When he has reached a year or a year and a half and the baby does not articulate any words, then the DOCTORS will say to that mother: “Sorry, ma’am, we are very sorry, but your child has a brain problem and will never be able to speak!”. How about that? And that mother will have to drag that frustration all her life, nailed eternally into her heart. Is this the happiness of what we call life? Obviously, Gnosis has dialectical and doctrinal answers to explain all these things: that it is the Law of Karma, that it is the Law of Accidents, that it is a karma of the mother that she will have to pay, etc., etc., etc.; but what is certain is that what we came to believe was part of happiness was not true. That is when we have to think: And for this I have come into existence? To carry this weight all my life? And what did my son do to have to suffer all this if he has just come into life? Etc., etc., etc.

All this confirms to us that we were better off in the superior dimensions, before coming into the physical world. And, without a doubt, what we call so much as LIFE was a trap in which we were trapped for a while. Certainly, that is why it is said that the REAPER is our liberator, even if our ”I’s” of attachment shout in despair.

The CONCLUSION is that the harsh reality of the facts is only one: as long as we have the CONSCIOUSNESS ASLEEP and the PLURALIZED EGO as the cause of that sleep, all that we will be receiving throughout our so-called existence will be IMPRESSIONS and more IMPRESSIONS, most of them unpleasant, as is common, to top it off, in a Race while it is experiencing its Kali-Yuga, which is our case.

Only one thing would justify existing: TO FIGHT FOR INCARNATING THE BEING. Do you know why? Well, simply because He has the power to take us out from this cursed wheel that we call SAMSARA, which is why the Hindustani called it THE WHEEL OF FATALITIES. That of being born and then dying, being born again to die again, and in the midst of all this suffering, suffering and more suffering, can only please the MASOCHISTS…

We urgently need to DISSOLVE THE “I”, OUR SECRET ENEMY, to experience THE TRUE LIFE FREE IN ITS MOVEMENT in the superior dimensions of space!, where RELATIVITY does not play macabre game with us like those we experience and see every day. This MUST BE UNDERSTOOD AND COMPREHENDED VERY, VERY, VERY THOROUGHLY, friends…

I culminate these lines inviting you to reflect upon the following sentences:

“The conscience of the righteous man laughs at fame.”
Ovid

“Let us pay no attention to what we have before our eyes. Indifferent to what surrounds us, we go after the remote.”
Pliny

“Everyone who lives dreams.”
Calderón

“It happens very often that man deceives himself first, before deceiving others.”
Balmes