VOPUS Gnosis > Articles > Important considerations on the mission of the V.M. Aberamentho 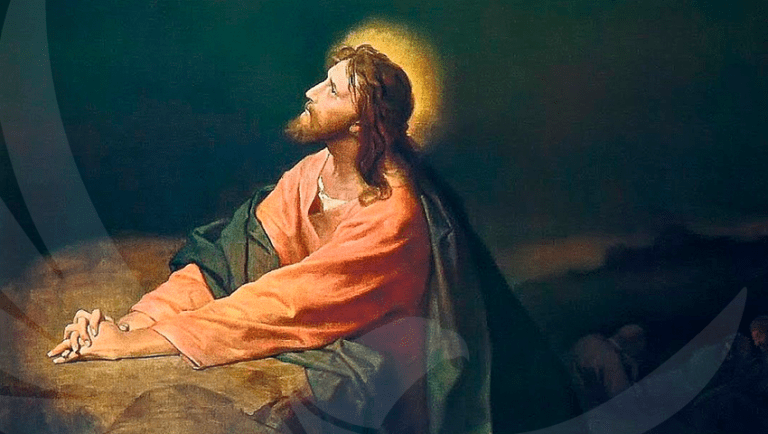 In these days related to the Easter Week that we celebrate among all Christian peoples, it is well worth finding the answers to these questions:

What was the secret cause for the coming of the V.M. Aberamentho to our world?

Answer: According to what our blessed Patriarch, V.M. Samael, has explained to us, the coming of the V.M. Aberamentho was the fulfillment of a most sacred pact that the REAL BEING of Jesus made in the depths of the Absolute Abstract Space, in a corridor called DHYANI PASHA. There, this sacred BEING lay down on a cross adopting the posture in which we see him crucified today.

Subsequently, the BEING of the V.M. Aberamentho sent his Bodhisattva to the three-dimensional world during the development of the fourth subrace, specifically to the Holy Land, and there he gave physical form to his drama of which he had made a pact with the solar dynasties. It was then that his life, passion, death and resurrection, that we all know about, took place.

Why did he do this?

Answer: Well, precisely because he knew that our world was going to be karmic, he wanted to show us all how to leave the Wheel of Samsara and be freed from the yoke of the Great Law.

What was the reason that his drama, his crucifixion and his resurrection, were so terribly painful?

Answer: Because to change our karmic nature it takes not only efforts, but also super efforts. In such circumstances the DENIAL OF THE “I” implies terrible crises that end up crucifying all those who dare to want to perform within themselves that task. That implies a RESOUNDING MORAL DETERMINATION on our part to want, above all things, to fuse ourselves with our Father who is in secret.

Answer: Well, precisely because it was a determination made between the BEING of the V.M. Aberamentho and the Great Law before our world existed. It was the fulfillment of the pact to which we have already referred before.

Is the V.M. Aberamentho the supreme leader of the White Lodge?

Answer: Yes, affirmative, for having taken upon his shoulders the great responsibility of teaching our humanity the way back to the kingdom of the Father, something that the multitudes still do not understand, for only through Gnosis can these things be understood.

Answer: Because before the V.M. Aberamentho had physically played the role of his drama, other sacred individuals had come to unite with that principle that is part of the three primary forces of creation. This principle in the Hebrew Kabbalah is called CHOKMAH and in Gnosis it is the Second Logos. It is interesting to know that, although others such as OSIRIS, QUETZALCOATL, HERMES, etc., etc., etc., had managed to fuse themselves with that cosmic principle, none of them publicly played the role of that TRANSCENDENTAL DRAMA, but that these minutiae could only be known in the secrecy of the ancient Mystery Schools.

And why in the times of Jesus was all this terrible event expressed in its profundities only to the Twelve Apostles and the 72 disciples closest to this great BEING?

Answer: Because the veil that enveloped the sacred traditions and covered these great truths had not yet been broken, it had not been lifted. That is why the message of the V.M. Aberamentho was full of parables that few have been able to interpret clearly. The Catholic Church capriciously took the interpretation of the parables of the V.M. Aberamentho to create its creed, in which, by the way, the importance of imitating or following in the footsteps of that blessed Initiate who developed his truth in the Holy Land is not emphasized. What is emphasized is that only the Holy Mother Church –Catholic– can lead us to the Kingdom of Heaven, all of which is a lie, because to approach the Heaven of Consciousness it is necessary to have previously put an end to the MERCHANTS OF THE TEMPLE ─namely: the “I’s” ─, and that task can only be carried out, precisely, by the Second Logos, the intimate Christ.

What has been the merit of the work of the V.M. Samael Aun Weor in all this?

Answer: Well, nothing less and nothing more than opening our eyes so that we could understand the spirit that hides behind the letters of the gospels. The V.M. Samael has fulfilled the sacred mission of showing doctrinally, with great detail, all the ins and outs that are enclosed in the experiences that Jesus of Nazareth represented, and all this was synthesized by the V.M. Samael in THE THREE FACTORS OF THE REVOLUTION OF CONSCIOUSNESS, namely:

Why in our advanced chamber enclosures do we venerate the V.M. Aberamentho?

Answer: Well, first of all to tell the world that we, the Gnostics, recognize the Master Jesus of Nazareth as the supreme leader of the blessed WHITE LODGE, and also because that image constantly reminds us of our intimate Christ as our personal SALVADOR SALVANDUS.

Do the processions organized by religious groups and failed churches during the celebration of Holy Week have any transcendental meaning?

Answer: All such public acts are beautiful, sacred, and deserve our deepest respect. However, if everything that the processions show us is only taken as a theatrical recreation of what happened about 2,000 years ago in Jerusalem and not as something that we should try to experience in our own flesh, then it simply has no sense to do all that and then return to our egoic passions. In essence it is a disrespect of the multitudes toward the sacred mysteries…..

I invite you now to reflect on the following sentences:

“Faced with the feeling of duty, the most rebellious passions are silenced!”

“Man lives to do his duty and die. Always keeping the latter in mind makes the former lighter!”

“He who does not think of his duties but when they are reminded of them is not worthy of the slightest esteem!”

“Do not be lazy in doing your duty; be fervent in spirit, remembering that the Lord is the one you serve!”

“There is no point in being taught what our duty is if we are not made to love it!”