VOPUS Gnosis > Articles > What is our role in these times of universal pandemic? 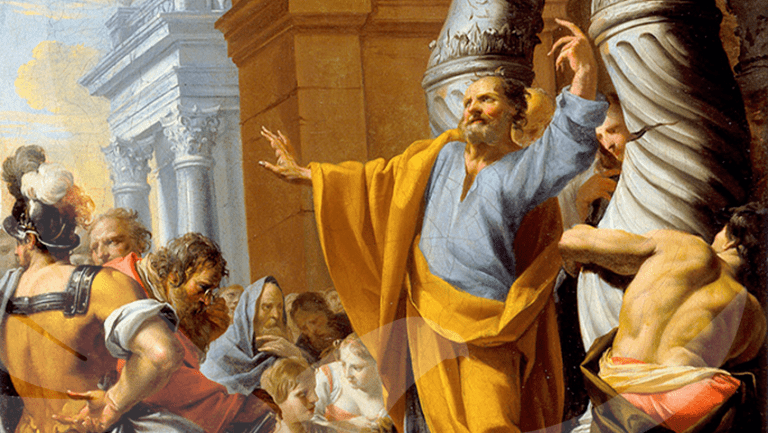 I approach you to send you the following reflection:

WHAT IS OUR ROLE IN THESE TIMES OF UNIVERSAL PANDEMIC?

Throughout the history of humanity, the sacred books of all religions have shown their parishioners recommendations in favor of adapting to the countless adversities that mankind has received, either because of Karma or because of the Law of Accidents. Suffice it to remember, reading the Old Testament of the Christian-Hebrew Bible, that episode concerning what happened with the great Initiate Moses and his famous chosen people, made up by Hebrews, Phoenicians, Greeks, Egyptians, Mesopotamians, etc. The mentioned people were never only Jewish, that is a serious mistake made by the exegetes for centuries due to the lack of Consciousness to be able to delve into the details of what really happened in those times.

The interesting thing about all that is two things:

A. The chosen people are said to have been captive of the Egyptian people at the time and were suffering from slavery. This has already been proven to be an ABSURD LIE, because slavery was not known in Egypt, as confirmed by historians and archaeologists. However, there has been an unhealthy intention to make people believe that false version of the facts on the part of certain miserly interests.

B. Such captivity would come to an end if those followers followed the rules of a LIBERATOR or MYSTIC LEADER that turned out to be MOSES himself.

The slavery of the chosen people has to be interpreted as the PRISON IN WHICH ALL OF US HUMAN BEINGS LIVE while we are immersed in the mud of EGOIC FILTH. It is the “I” who has always held humanity captive and makes it suffer. Some false exegetes make Pharaoh Ramses appear as the tyrant who plunged the chosen people into permanent pain, something that has also been historically refuted, for there is no archaeological or historical evidence to show that that SAVAGE TYRANNY had existed.

It should be recalled that Egypt was called the SUNNY COUNTRY OF KEM or KEMET, which in Egyptology translates as “place of black silt or of black waters”. And, certainly, those Initiates and the whole of humanity have always had BLACK MERCURIAL WATERS because of the animal “I” that has rotted these sacred waters. Undoubtedly, speaking hermetically or, rather, esoterically, if someone yearns to be saved from the Wheel of Samsara or Wheel of Fatalities, he has to start by changing the color of his waters, and this is achieved, gnostically speaking, through the ALCHEMICAL TRANSMUTATION OF OUR SPERMATIC WATERS, this is the key enclosed in the famous ARCANUM A.Z.F.

Unquestionably, MOSES, curiously, has always been described as “SAVED FROM THE WATERS”, alluding to the made-up fact that his mother Myriam -namely: Mary, Ram-IO, Devi-Kundalini– put him in a basket when he was a baby and a pharaoh’s wife picked him up and became his progenitor. This must be understood, patient reader, for MOSES was certainly educated among the wise of the Egyptians. They, the Egyptian Masters, made MOSES a magnificent Hierophant who manifested, at the will of his Real BEING, that he was prepared to put in the DESERT OF THE WISE ─namely: on the Second Mountain, all those who wanted to follow him to take them to the PROMISED LAND.

These biblical accounts, such as the accounts of many books considered sacred, are written in the form of parables or metaphors by INITIATES to be interpreted by INITIATES, and the error of our “academic” humanity has always been to try to understand them literally, all of which is a very serious mistake. By the way, this literal interpretation has already been the cause of many religious wars that have caused thousands and thousands and thousands of deaths since past centuries or millennia.

Well, when Moses begins his preaching ─unconscious theologians say─, the Pharaoh became very angry and increased the suffering of the chosen people. Here we must interpret the figure of the pharaoh as the holder of political power, as the image of horizontal life, as the one who maintains the Consciousnesses of the masses absolutely asleep; although a true pharaoh never wanted to make his subjects sleep, for it was precisely because of the strong ESOTERIC DISCIPLINE that Egypt became an empire that lasted THREE THOUSAND YEARS, nothing more and nothing less…..

Considerations aside, esteemed reader, the truth is that that chosen people finally decides to follow Moses in favor of the wind or against all winds. Before that, divinity had sent over Egypt various epidemics, plagues, it had turned drinking water into blood, etc., etc., etc., and all of that through MOSES and his staff. In the face of all this evidence, the “chosen” people leave the place “of black waters” ─or KEM─ and follow the steps that MOSES was indicating to them during their pilgrimage.

Very curiously, paralleling to all those stories told to us by the Bible in the chapter “EXODUS”, our present humanity is equally in the swamp of FORNICATION, it is imprisoned by its PASSIONS and only knows HOW TO SUFFER, SUFFER, SUFFER, ETC. Likewise, dear reader, heaven has sent this contemporary progeny A SAVIOUR, a GUIDE, AN AVATAR, and this Avatar has developed an extraordinary body of doctrine to take the pseudo-human genre out from its blindness and its animality, to help it regain its true status as a HUMAN CREATURE and be worthy to be called a SON OF GOD…

However, just as in the times of MOSES, the people, the crowds, were always questioning the MASTERY OF THEIR GUIDE, despite the many miracles he had performed before them, to which MOSES reacted by reminding them of his promise to take them to the PROMISED LAND. Still, those people, when MOSES climbed MOUNT SINAI ─namely: when he spent some time in the superior worlds of Consciousness─, those masses came to think that MOSES had abandoned them and dedicated themselves again to unleashing their MUCH-LOVED ANIMAL EGO. When Moses then came to know this, having already received the DECALOGUE or the Ten Commandments that still survive today, he descended from THE SINAI, and spoke to his people declaring to them emphatically:  “Those who do not want to follow the law will die at the will of the Law”… What follows next in this narrative is that a few definitively followed the leader MOSES to the end and reached the famous PROMISED LAND, that is, the INNER SELF-REALIZATION OF THE BEING.

What is going on with us nowadays, illustrious reader? Precisely the same thing. We have received a body of doctrine never before shown to the world, we have had a truly one hundred percent awake Patriarch and Avatar, we have received thousands and thousands of practices to corroborate the postulates of Gnosis, but THAT MEDICINE has not reached our souls. Everything has stayed as A MEMORIZED LESSON AND NOTHING ELSE. That is what our inner state is like. We have MEMORIZED the so-called THREE FACTORS OF THE REVOLUTION OF CONSCIOUSNESS and we flaunt them in our public lectures or in ONLINE lectures, but how much have we died psychologically? Are we really trying to experience VOLUNTARY SUFFERINGS AND CONSCIOUS SACRIFICES to bend the will of our INFERNAL EGO and destroy it later? Are we really SUBLIMATING OUR ALCHEMICAL WORK or is it the “I” WHO DOES THE ALCHEMY? Are our prayers to God-Mother constant to beg her to eliminate those aberrations we have previously reflected upon and comprehended? Etc., etc., etc……. Enigmas, enigmas, enigmas!

It is assumed that, as part of the plans of the WHITE BROTHERHOOD, our humanity will again have to experience an EXODUS to achieve a seed that will allow the future appearance of the SIXTH GREAT RACE that already has a name and is called KORADHI. This EXODUS will be made up of companions, men and women who, in reality, are in a permanent war against THE PLURALIZED “I”, but we ask ourselves again: are we in that permanent war against our inner devils or are we just making a pantomime? Here is our dilemma: WE STILL HAVE NOT DECIDED BETWEEN TO BE AND NOT TO BE, as Shakespeare emphasized in his time…..

Our time has come, valued reader! It is time to DECIDE BEFORE GOD or BEFORE SATAN! There is no third alternative. Let us meditate deeply on this because TIME RUNS FASTER THAN OUR DUST, let us not forget it!

At any moment the elements will be unleashed and it is then time to start withdrawing in our homes and TRY to experience SELF-GNOSIS, that is, to feel the assertions of our teachings, to make them flesh, blood and bones… The blessed White Lodge is no longer interested in further public dissemination of the FIFTH GOSPEL, as it has seen that, unfortunately, this humanity has not answered its calling. Thus, what is left for us is TO INTERIORIZE, TO SELF-DISCOVER, TO REFLECT ON OURSELF AND TO COMPREHEND OURSELVES, DEEPLY, PROFOUNDLY, and then TO BE BORN FOR THE SECOND TIME as indicated by the second factor of the REVOLUTION OF CONSCIOUSNESS.

“The culprit who repents is not yet lost.”
Democrats

“More than a sorrow for the evil we have caused, our repentance is a fear of the evil that can happen to us.”
La Rochefoucauld

“Good repentance is the best medicine for the diseases of the soul.”
Cervantes

“If the love of virtue does not guide us, if we are not honest but out of interest, we will be cunning, but never true men of good.”
Cicero

MAY THE GLORY OF GOD FATHER GUIDE YOUR STEPS IN THE MIDST OF DARKNESS.
Kwen Khan Khu