VOPUS Gnosis > Articles > The exploitation of man by man 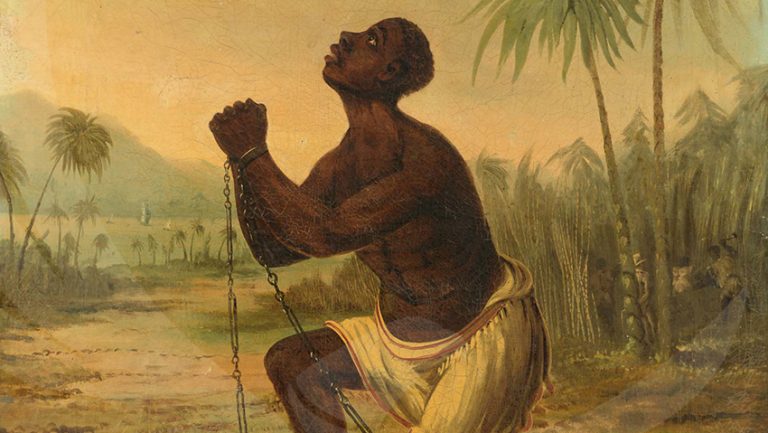 I am enormously pleased to send you the words of our Avatar ─the V.M. Samael Aun Weor─ in the present text which was published in the magazine Abraxas Nº 11, in the month of December 1966.

It is a very profound article from the ethical, spiritual, anthropological and social point of view. It is entitled:

THE EXPLOITATION OF MAN BY MAN

1. Life emerged on the planet EARTH many trillions of years ago, in the northern polar cap, on the SACRED ISLAND, once located in the equatorial region…

2. The axis of our planet Earth is subject to periodic change, by virtue of which the position of the poles and the equator changes considerably over the centuries, leading in turn to very profound alterations in the climate which by themselves can explain the glacial phenomena, that is, those unique periods evidenced by the geology and during which the southern countries of Europe and North Africa, for example, have been covered with perpetual snow, like today’s ice caps, for millions of centuries, while the arctic regions of Greenland, North America, Siberia, Spitsbergen, etc., have enjoyed a tropical temperature, of which Paleontology today has dispelled any doubt.

3. The revolution of the axes of the EARTH is already demonstrated and today’s poles were yesterday’s equator.

4. We can afford the luxury of laughing at Darwin’s theories and the protoplasm of materialistic science, but it would be stupid of us to make fun of the FIRST HUMAN RACE, of that original PROTOPLASMATIC race that emerged from the FOURTH DIMENSION.

5. Some exceptional sages have been able to verify by themselves, by studying secret documents, that the first economic-social formation was the ECONOMIC-SPIRITUAL regime of the early community, a wonderful regime that lasted many millions of years.

6. The PROTOPLASMATIC race of the northern polar cap was not at all wild or semi-wild.

7. The ORIGINAL PRIMITIVE race emerged from the fertile bosom of the FOURTH DIMENSION, armed with formidable psychic powers through which they became true KINGS of Nature.

8. The STUPID MATERIALISTIC SCIENTISTS of this disastrous time in which we live, by studying fossil remains of early European races of the Stone Age, throw stupid conjectures without knowing that those cave races do not mark a beginning but an end, since those men were the last remains, already degenerated, of the FOURTH RACE that one day shone gloriously on the submerged continent of ATLANTIS.

9. The original primitive man of the northern polar cap never needed to discover fire; he knew it by instinct and he knew how to use it intelligently.

10.  The original primitive man never invented the bow and arrow; the authors of this invention were men of the THIRD RACE, the giant inhabitants of that great continent that existed in the Pacific Ocean and that was known by the name of MU and later on by that of LEMURIA.

12. The concept that the development of the hunt gave rise to the emergence of the primitive cattle ranch is not true. Lemurians did not fundamentally dedicate themselves to hunting and, nevertheless, they were shepherds of herds.

14. Agriculture has always had its ups and downs. The use of beasts as a draught force made, since early times, the farmer’s work more productive.

15. Millions of years before the well-known Stone Age, the Atlanteans and Lemurians learned to replace the beasts with agricultural machinery.

16.  Production relations in the early societies were always the result of social and spiritual relations.

17. The working tools in the peasant tribes of Lemuria were always a collective property.

18.  The working tools of the men who inhabited the Lemurian cities were sometimes collective property, sometimes individual property.

19. The working tools in Lemurian and Atlantean communities were millions of times more perfect than those we possess now, in this twentieth century.

20. If early man had been as weak and defenseless as those fanatical imbeciles of historic materialism paint him, he would have succumbed in a very unequal fight against wild beasts and Nature, and his system of living in tribes or groups would have been of very little or no use to him.

21. In every tribe it was always possible to collectively administer the products of hunting, fishing, food, etc., while the chieftain, the government, knew how to respect things, the community’s treasury; but when the GOVERNMENT takes over the community’s wealth, such a system unfortunately fails.

22. In the primitive society, the fecund and creative work created rich surpluses due to the system of simple cooperation, that is, many people executed the same work.

23. There was no exploitation of man by man, and the members of the tribe shared the food among themselves without any problem.

24. It is radically false to assure that man comes from the APE; the truth of this matter is that the APE is son of man; a result, a consequence of the mixture of man with certain beasts of nature.

25. Men and women have always grouped together to work together long before the formation of the farm.

26. It is clear that in principle only the members of the tribe, the people united by kinship, were grouped together for work.

27. When the means of work were perfected, the natural division of labor emerged in the groups: the most skilled workers, most intelligent, with greater technical capabilities, today as yesterday, as eighteen million years ago, were able to handle agricultural machinery, complicated tools, while the less skilled continued with simple jobs.

28.  The division of labor has existed in all times because there have always been different kinds of work: agriculture, livestock or grazing, hunting, various manual jobs, various industries, etc.

29. The division between farming tribes and pastoral tribes still exists today as it did twenty or thirty million years ago. Many tribes live in the deep forests of the Amazon and Africa, some dedicated to agriculture, others to cattle raising or hunting.

30. The social division of labor has always existed and it is as old as humanity.

31. Today, as in the past and during all times, the social division of labor increases the productivity of the same; in every country, in every community, there is always a certain excess, a certain surplus of some products and demands of others; this has always created the basis for commercial exchange.

32. In all times, in all ages, men had cycles of evolution and involution, of civilization and barbarism, and time and again after each Stone Age they learned to melt metals and to make tools, weapons and vessels of iron or bronze.

33. The different industrial branches of present mankind existed in more advanced forms on the submerged continents of Atlantis and Lemuria.

34.  All things considered it is clear that the progress of the productive forces always increases the productive capacity of man and today, as in the past, it provides him with more and more articles of consumption.

36. The growth of INDIVIDUAL capital established, in fact, the difference between rich and poor.

37. As the productive forces progressed, the individual accumulated more than he really needed for his subsistence and then he bought slaves for his estate, he gave employment to other subjects, he became master and lord. This is how the EXPLOITATION OF MAN by MAN appeared on the face of the Earth.

I leave you now some sentences for reflection, dear readers:

“Conscience is the voice of the soul, passions that of the body. Consciousness has more than one thousand tongues”.
Shakespeare

“Our conscience is an infallible judge as long as we have not killed it”.
Balzac

“Without concordance there can be neither a well-governed State nor a well-run household.”
Xenophon

MAY THE EMANATIONS OF THE SUPREME ARCHITECT HELP YOU ALL TO CREATE THE TEMPLE OF YOUR SOULS.
KWEN KHAN KHU