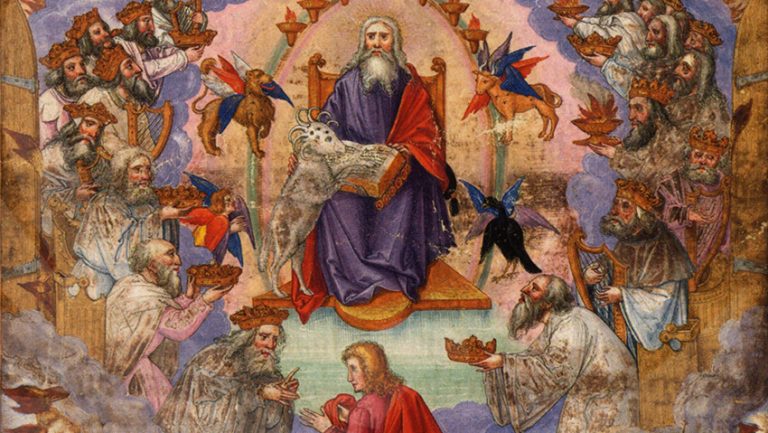 I find it very appropriate to write to you some lines about:

WHAT IS THE NATURE OF THE WILL OF THE FATHER?

Dear friends, it is very difficult to understand the nature of the will of the BEING purely and simply because, to begin with, the BEING is the BEING and the reason for BEING of the BEING is to be sought for in Himself. We must never forget that the BEING is God within us, one of his infinite rays. It is unquestionable that the BEING has very sacred attributes that we mortals do not possess because we belong to the world of relativity and, likewise, because we are, unfortunately, an egoic and egocentric multiplicity.

When a person has accomplished the Great Inner Work the thing becomes different, since a self-realized person has centers of connection with his own BEING that were previously asleep. This is the case of the magnetic center that all human beings possess ─in a latent state─ in the chest area, specifically in the area of the body kabbalistically called TIPHERET. When a self-realized individual wants to know if the BEING agrees or not with something that he is interested in doing, all that he has to do is to focus on that magnetic area and from there the BEING lets him know if he agrees or not.

What we must be very clear about is that the BEING is fully involved in our existence whether we like it or not, however, it is not always to pat us on the shoulder, but also to make agreements with the Great Law so that certain karmic letters are charged to us. Hence, the love of the BEING toward us is a CONSCIOUS LOVE. The love of the BEING is not comprehended by the terrestrial humanoid because this humanoid does not even know what love is.

But we must know, patient reader, that the BEING, in accordance with the Great Law, has determined the place in which we were born or have been born. The BEING knows in advance if, karmically, we have to pay certain debts in our country of birth and considers it necessary that this medicine be applied to us. Likewise, the BEING, and not only the Ego, may have been behind our marital failures because we needed to drink the karmic purgative that we deserved for having done wrong to people of the opposite sex in other existences, etc., etc., etc.

On the contrary to these disquisitions we must also affirm that, if we have had the happiness of meeting someone very relevant in this mayavic world, it may be due to an award that our BEING considers that we deserve for certain good actions that we have carried out or because the BEING himself is interested in us having had that relationship with those people… On one occasion, before going to sleep, the V.M. Samael and your servant had the following dialogue:

Master: Do you know with whom I was last night in the inner worlds?

Disciple: No, Master, I don’t know…

Master: Do you remember Rafael Romero Cortes, the Bodhisattva of Pharaoh Kefren?

Master: Do you remember that he died about four years ago?

Master: Well, last night he was judged by the Great Law and, since I was his preceptor in ancient Egypt, I was called to be present at that judgment…

Disciple: And what happened then, Master?

Master: Well, his own BEING begged the Lords of Karma to send him to the abyss, because He considered him an irrecoverable case for His plans!

Disciple: But, Master, they have judged him only now? Normally people die and they are judged immediately after their death. I don’t understand…!!!

Master: You have to know that the Bodhisattvas are not subject to the laws that govern ordinary people!

Master: Well, I myself had to take him to the very gates of hell and, to top it all off, that Bodhisattva was conscious in that moment…

Disciple: How sad, Master, it all seems very sad to me!

Master: Well, this is how the will of the Father is, even if it seems cruel to us.

Disciple: But Rafael Romero Cortes had finished his one hundred and eight existences?

Master: The Bodhisattvas are not subjected to one hundred and eight existences!

Master: Well, now you know! Is it understood?

Thus, distinguished reader, the BEING bases His will on His own omniscience and many times what may seem strange or cruel to us, for the BEING it is an absolute normality, taking into account His future plans…

The BEING can give Himself the luxury to be planning, right now, in this moment in which you are reading these lines, events for your next existence and we do not even have the remotest idea of what will happen to us.

Another very different thing is the fact of HAVING AWAKENED CONSCIOUSNESS, because in such case, when there is a permanent connection with our intimate inner profound reality, we can connect with our Father, converse with Him and consummate arrangements for right now or for later…..

It is important to know, dear reader, that the will of the BEING is based on a superior ethic that has nothing to do with the morality hitherto known by humanity. No. The BEING bases his/His will on purposes that transcend what we call MORAL or IMMORAL, the decisions of the BEING obey the desiderata of divine nature.

Let us look at another example, dear friends. The Bodhisattva of that historical person called NAPOLEON is used, until now, by his own REAL BEING in accordance with the Divine Law to punish the peoples… This might sound absurd to the intellectuals of our time, but not to the Elder Brothers of the White Brotherhood. This is how Napoleon dragged many soldiers to death with him. But if we look a bit at this person, we will see strange things in him. For example: Napoleon liked to take scientists, painters, doctors, etc., etc., etc., with him to battle. All of this is strange. And thanks to that idiosyncrasy of Napoleon, the young Jean-François Champollion was able to decipher the hieroglyphs that his troops found written on the famous Rosetta Stone in Egypt. On that stone was a text written in three languages, namely:

B. Demotic language ─a variant of the language of the Egyptians─.

Since Champollion knew Greek, he could then understand what was said in that text written in hieroglyphic language and, later on, he understood directly the language of the people of the sunned country of KEM. Here is how the Father used that Bodhisattva to make many people pay karmas and, on the other hand, he used him to shed light on things that would interest humanity…

Another case: Everyone knows the history of Hitler and the serious consequences of his determinations. Speaking one day with our Avatar, he told me that this Bodhisattva had been appointed by the White Lodge to create in Germany a superpower that other peoples of Europe and the world could imitate. To this end, works were performed in Agarthi so that Hitler would come to occupy the German magistracy, which happened. The plan was for Hitler to take over Benelux ─Belgium, Holland and Luxembourg─ and to seize Austria, his native homeland. Mysteriously, although Germany had been defeated in World War I, no one understood how Germany could rise up and once again become a country with a huge army and super-disciplined population. The experiment was working and many measures of the Nazi regime began to arouse sympathy in other countries ─including England, United States, etc., etc., etc.─.

When Hitler already had Austria and the Benelux as part of the Third Reich, then the Black Lodge put in his path a powerful black magician who has been called by history “the man with the green gloves.” That black magician posed himself as a messenger from Agarthi itself and convinced Hitler that it was important for his mission to extend the Third Reich eastward and that he should start by invading Poland. This event did not go unnoticed by the White Brotherhood and immediately they removed the internal support of the Bodhisattva with the earthly name Hitler. THE CONCLUSION: Hitler forgot himself, he disobeyed the orders he had originally received, and his aggregates of GREED, PRIDE, ANGER and ARROGANCE blinded him and lead him down the path of madness. He is currently INVOLUTING. In this case, it is obvious that the Father could not cooperate with a rebellious Bodhisattva and the BEING himself abandons him. When the BEING abandons us, we err in everything we do, esteemed readers…

All of the aforementioned must then serve to ask ourselves:

Is it worthwhile to disintegrate the ANIMAL EGO that we carry within?

Is it worth AWAKENING OUR CONSCIOUSNESS?

Is it worth having direct contact with our Real BEING?

The answer is obvious: YES.

Hence, let us remember that phrase by our Patriarch Samael Aun Weor  that literally goes like this: “Any project that does not take into account the dissolution of the animal Ego within us, however beautiful it may seem, is doomed to FAILURE…”

Here are some phrases for reflection:

“Pity and obedience: these are the roots of humanity.”
Confucius

“There is no passion that blinds as much as pride.”
Breton de los Herreros

“The proud one devours himself.”
Shakespeare

“Not admitting advice or correction on ones work is pedantry.”
La Bruyere

MAY THE ETERNAL BLESSINGS BE WITH ALL OF YOU.
Kwen Khan Khu