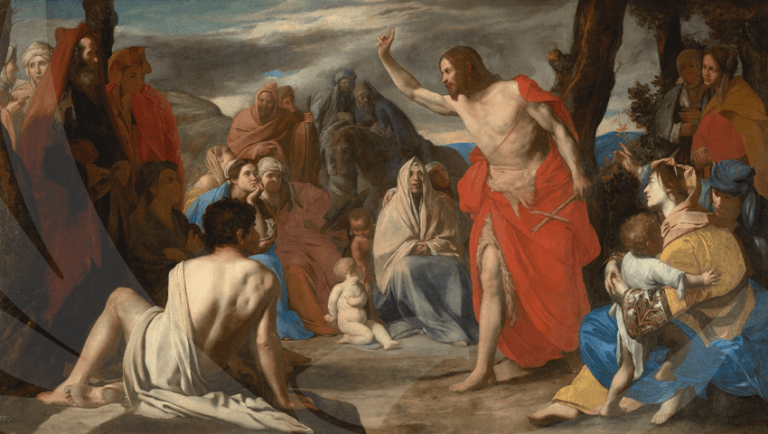 I find it important to send you a few words about:

WHAT DOES IT MEAN, FOR A GNOSTIC INSTRUCTOR, MAN OR WOMAN, TO TEACH BY EXAMPLE IN ADDITION TO THE PRECEPT?

During the course of my life, since I came to know Gnosticism, I have always been struck by the depth of its postulates and the ability of this doctrine to address any physical or metaphysical subject. Certainly, Gnosis can be considered as THE SAPIENTIA UNIVERSALIS or the PHILOSOPHIA PERENNIS, because it is true that its arguments are valid at any time and space in which they are quoted.

The above sentences show the enormous difficulty that exists between preaching and practicing these valuable teachings. Unquestionably, all this lies in the deep sleep of the Consciousness from which the so-called man of our time suffers. It is a dreadful sleep, with an unthinkable nefarious magnitude, that accompanies us. If a person, because of divine help, were to receive the impact that would allow him for a few seconds to OBSERVE HIMSELF COMPLETELY internally and externally, he would frankly be IN A STATE OF SHOCK, because he could never imagine what it means to carry that sopor of millennia inside his psyche. This is really serious, brothers and sisters.

I know very well that while reading these pages, the reader is capturing only three percent of the general content of them, for the intellect of the earthly humanoid is fractioned, energetically shattered and only three percent of his Consciousness manages to understand this present message; therein lies the difficulty we have in CAPTURING THE DEEP MEANING OF OUR VALUABLE KNOWLEDGE. If we add to this the very ENTROPHY that our society has entered and the MIRAGE that our mental disorder causes, then it is obvious that we can understand and comprehend the difficulty we have in getting closer to the Secret Path.

If we do not analyze the above, it is impossible to understand how it has been possible that, despite the great enlightened ones that our humanity has had, it continues to fall, more and more, into lower and lower spirals of behavior. Taking the case of our Avatar of Aquarius, the V.M. Samael Aun Weor, as an example of study, we think again and again about how it might be possible for thousands and thousands of people who knew him, who spoke to him, who received testimonies of his spiritual greatness, of his various gifts, of his particular ability to retreat into the past or project himself into the future, to warn us of many dangers that we dragged or of calamities that we were going to face, they still became part of this gigantic Spiritual Movement –namely: Gnosticism–  only to abandon it a few months later or after a few years.

It has been curious for your servant to observe over the years many standard-bearers of Gnosis who even wanted to become INSTRUCTORS of this Gospel, and then to see with deep sadness that overnight, just like that, they decide to abandon the struggle so as to return to the little horizontal life they had before… How do you explain this?

The only explanation we can accept is the one we mentioned at the beginning of these paragraphs: we read Gnosis many times, thousands of times, but our psyche reads everything mechanically, like the one who brushes his teeth every day, like the one who goes to the bathroom or the toilette to do their physiological needs and nothing else. We do not manage to see the extraordinary greatness of the words of our blessed Guru, of our guide, in these dark days of the tenebrous Kali-Yuga in which we are. That is how we are. Even if Master Aberamentho himself –namely: Jesus the Christ– appeared in the middle of MADISON SQUARE GARDEN in New York, or maybe in the CENTRAL PARK of the same city, and said: ”All of you are asleep, you are in the hands of darkness, you do not have a soul as yet, you are children of the devil but not children of God”, etc., etc., etc., he would probably be taken by the police and presented as agitator of the crowds, they would lock him up and perhaps even try to make him disappear…  Such are the conditions we are in…

A celebrated French thinker, Rousseau, came to say: “Man is born free, but everywhere we see him dragging the chains of slavery!”. Terrible words, friends, terrible, for, surely, we have never seen humanity hurl itself so fiercely to fall into the arms of pleasure. We have exchanged our true identity for a plate of lentils, as the Holy Christian Scriptures say. Today the rational humanoid is a slave to money, his mobile phone, his car or automobile, of his bank account, of his passions among which the LUST stands out. He is also a slave to what others will say, to degenerate music that gathers huge crowds in a stadium to be lulled by NOISES that are not even ART…, a slave to self-importance, self-love, vanity, pride, drugs that further dim his psychism, etc., etc., etc.

Some, without first taking the trouble to DEEPLY SELF-OBSERVE so as to first study their psychological aggregates being INSTRUCTORS, adopt rude attitudes, ungenteel, attitudes of arrogance toward students who listen to these teachings, attitudes of MYTHOMANIA, MISANTROPHY, LIBERTINISM, etc., etc., etc.

In the times when our Avatar was with us in the physical world, there were a few years when all the Gnostic Associations that existed by then were prepared, alert, to defend themselves from those individuals who came out ─they said─ from the Summum Supremum Sanctuarium, located in the Sierra Nevada of Santa Marta, Colombia, qualifying themselves as “GNOSTIC DOCTORS”. What happened next was to be expected: those who opened the doors of their Lumisials or of their homes were victims of fraud caused by these pseudo-medics or petty witchdoctors. Many of these false Gnostic doctors committed true moral atrocities within the group of Gnostic students, raping ladies, deceiving their husbands, etc., etc., etc. Each time our Patriarch, the V.M. Samael, learned of these abuses, he had to urgently send an INTERNATIONAL CIRCULAR warning everyone not to let themselves be brainwashed by those soulless people who, deep down, had nothing to do with Gnosis. Ironies of fate…..

It has been all this spiritual cataclysm that has not allowed our humanity to live up to the arrival of the MESSAGE FOR THE NEW AGE OF AQUARIUS. Gnosis is REDEEMING, but before that it demands to be UNDERSTOOD AND PRACTICED AT EVERY INSTANT, and due to the lack of PERSEVERANCE in the human robot, it is not able to withstand its rigor after a few hours, a few days or a few months… There are very poor longings for the BEING inside the Homo sapiens sapiens of our day. He only wants CHANGING SENSATIONS at all times and, precisely, what Gnosticism seeks is the inner stillness so as not to be victims of the constant bombardment of what is INSUBSTANTIAL.

I take the liberty of leaving you a few sentences for reflection:

“In good things, for it to be virtue, there must be perseverance.”
Quevedo

“Perfection is a wonderful virtue that weighs so much that man cannot cope with it.”
Ortega Munilla

“He who insightfully recognizes the limitation of his faculties is very close to reaching perfection.”
Goethe

“Oh, thou, who didst with pitfall and with gin
beset the road I was to wander in,
Thou wilt not with predestination round
enmesh me, and then impute my fall to sin.”
Omar Khayyam

“Every whim arises from the imposition of the will on knowledge”.
Schopenhauer

“Those who are no longer able to be amazed by anything, neither can they ever get close to the new.”
Samael Aun Weor